Youth touring program coming to schools all over Queensland 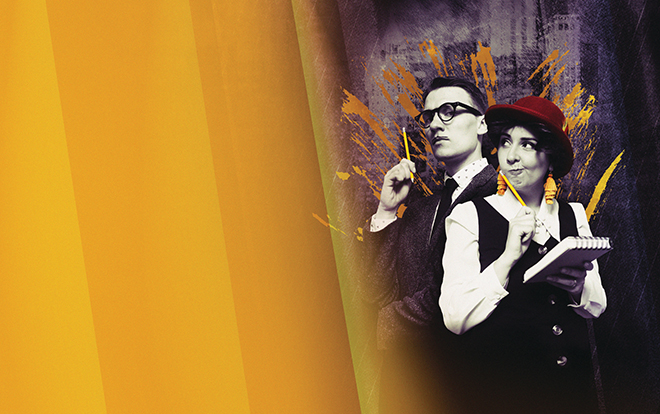 Queensland Music Festival (QMF) has revealed its 2019 Youth Touring program with the Arts Council again bringing award-winning artists and theatre works to Queensland schools, including those in the most remote regions of the state.

QMF Artistic Director Katie Noonan said she was a huge believer in the importance of Arts-in-Education and that it had a huge impact on her journey as a musician.

“Our Youth Touring program greatly helps students with their literacy, numeracy, sense of belonging and sense of self,” said Ms Noonan.

“When I was a student I remember touring shows coming to my school and falling in love with the magic of performance, it became part of my journey as an artist and musician.”

“I am so excited for the Youth Touring and the Queensland Music Festival to be continuing the legacy of this program and for young people to be inspired.”

“The Youth Touring program highlights the power of storytelling through rich learning experiences that inspire and captivate Queensland’s young bright minds and develop cultural appreciation and understanding from an early age,” Enoch said.

To ensure regional schools have access to 2019 Youth Touring performances and workshops, QMF – which has an unmatched track record of working in the state’s most remote corners – is offering lower minimum booking numbers when compared with similar arts organisations.

The Youth Touring team can also assist in combining smaller schools for performances and work with other community and Arts groups to ensure all Queensland schools and their students can access the program.

Kicking off in Term One is My Story, Your Story – “everyone has a story worth telling”, which will take primary school students on a journey from remote communities to the big city, engaging them in learning about Indigenous perspectives.

For secondary school students in Term One, a contemporary tale of Hansel and Gretel – Hoods, will explore issues of poverty and family violence. Hoods is also listed in the senior drama syllabus as a suggested text.

For primary schools in Term Two, a time travelling romp will engage students with Australia’s fascinating history. Time Jump will take students on an adventure through time   discover notable Australian figures and important moments in Australia history with a school-aged heroine.

A new two-actor performance based on The White Earth by Andrew McGahan, An Experiment with The White Earth will be presented in secondary schools during Term Two. The part adaption, part commentary will tell a story set in 1993 following the High Court’s ruling in the iconic Mabo decision and the debates over Native Title that ignited in Parliament.

Students of all ages will enjoy a unique musical experience using fascinating ancient storytelling and exciting modern music with Kitch Culture in Term Three. Award-winning artist, performer and mentor Kitchener Wesche will take students on a journey of discovery as he follows the roots of his family tree and the rich history of Samoa.

Term Three will also take Prep to Grade Six students into The Magical Word of Crazy Science with amazing chemistry and physics demonstrations mixed with magic, comedy and audience participation.

The final show for Term Three is Wild Weather, also for Prep to Grade Six students, by Richard and Robin Scholes. The Scholes will demonstrate how clouds and rain are formed and take students on a journey of discovery about weather, climates, and the people and animals affected by their change.

The Bureau of Untold Stories will tour primary schools in Term Four and provide the opportunity for students to learn about the inner workings of English and Literature through language devices. Created by Sean and Hollie Bryan, students will become part of the story as they bring to life series of different talks from ridiculous new articles and warped fairy tales to legendary epics.

Rounding out the year, Beats Alive will be presented by Junkyard Beats in Term Four, offering a unique 100% interactive workshop-style experience. Students from Prep to Year 12 will devise and perform music with recycled found objects – focusing on sustainability and creativity.

Youth Touring is proudly presented by QMF and the Queensland Government through Arts Queensland.