Kids vaping are breathing in substances used to euthanise fish. 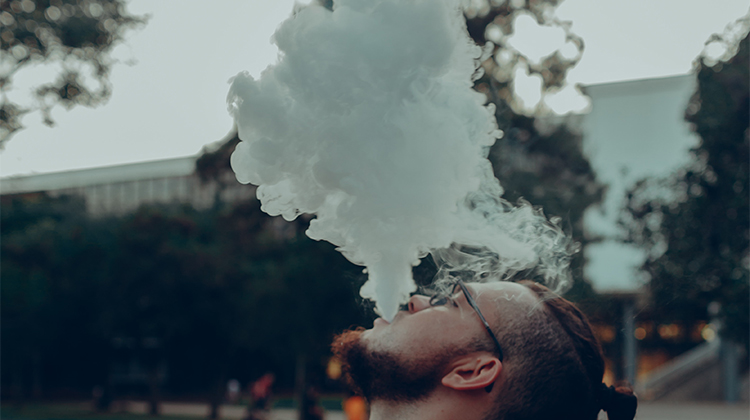 Fancy a puff of toxin?

Vaping is supposed to be less harmful than tobacco smoking but it seems that idea is more marketing than fact.

Young people have been taking up vaping enthusiastically and many will be experiencing the ill effects of that decision in years to come.

The ingredients of many of the e-liquids used to vape include those that are commonly used in household disinfectant, petroleum, cosmetics, paint and even eugenol which is commonly used to euthanise fish.

A study, funded by Lung Foundation Australia, Minderoo Foundation and the Scottish Masonic Charitable Foundation WA, tested the chemicals and toxicity of 52 flavoured vape e- liquids available for sale over the counter in Australia.

In addition to this, chemicals found in these e-liquids were known to have health impacts, including causing severe irritation when inhaled and linked to the development of lung cancer; whilst other chemicals found were known to be safe for use in other consumer or retail products but remain untested for their impacts on short and long-term respiratory health when inhaled.

Lung Foundation Australia’s campaign, Unveil What You Inhale, addresses the concerning increase of young Australians vaping, with experts saying they could be left with devastating health impacts without industry reform.

Lung Foundation Australia CEO Mark Brooke said a nationwide ban on the use of e-cigarettes was vital to protect Australians, especially young people, from the known and unknown risks of vaping.

“With the unregulated, untested and unknown nature of the vape industry, we knew the research into the chemicals and toxicity of e-liquids would uncover strong findings, but we never expected such alarming results,” Mr Brooke said.

“The inclusion of fruit, alcohol and confectionary flavours along with deceitful marketing has meant these products are purposefully positioned as appealing to our younger generation, including school-age children, and in turn, most detrimental to their futures."

Clinical respiratory scientist, Dr Sukhwinder Sohal, who has extensively researched the impact of e-cigarettes, added that uncovering the dangers of vapes will soon become the norm, just as it did for smoking many years ago.

“Similar to what was learnt through research on tobacco smoke, we have discovered that e-cigarette vapor in the lungs is neither healthy nor safe,” Dr Sohal said.

“What many users may not realise is that any combination of fluid can be placed into these devices, whether stipulated by the manufacturers or not, meaning they are likely inhaling a long list of harmful chemicals. This is most concerning in young vape users who, by naively experimenting with a combination of inhalants, could end up with ongoing respiratory distress and long-term lung damage.”

Dr Greg Haug, a Tasmanian respiratory physician who has researched vaping products with Dr Sohal, echoed these sentiments, having seen first-hand the health implications of vaping.

“We have already seen a number of people, even young people, with respiratory health concerns aggravated by or acquired as a result of vaping,” he said.

“It is an area of clinical concern and I support any educational campaign that might help to tackle this new and evolving health epidemic.”

The campaign includes the launch of educational resources to support young people aged 12–17, young adults from 18–24, parents and carers, along with teachers and educators, in an effort to empower young people to make better informed decisions about their health.

To download the resources and learn more about the campaign visit lungfoundation.com.au/unveil

Photo by Rafael Barros from Pexels