Young to get worst of COVID's psychological third wave

The worst of the pandemic's psychological impact will fall upon the more vulnerable members of society, the socially disadvantaged and the young.
Edited from report by Lisette Kaleveld, Catherine Bock and Rebekah Maycock-Sayce 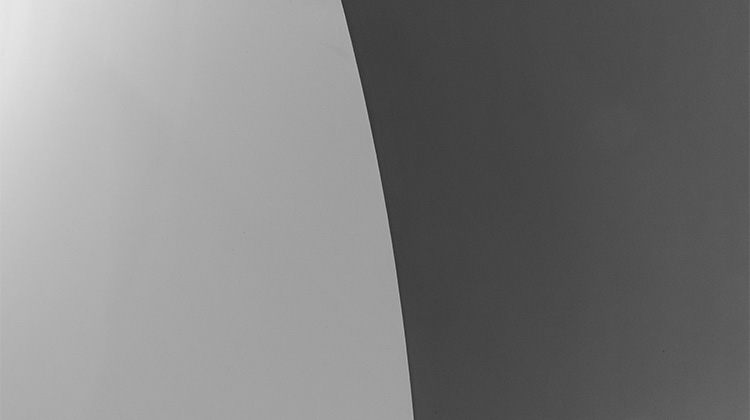 Up to three years of psychological fallout expected from pandemic

The COVID-19 pandemic has affected many of the things that allow our happiness; work, secure housing, relationships and social connections, and the psychological fallout may be the final stage of the pandemic’s mischief.

The worst of the impact will fall upon the more vulnerable members of society, the socially disadvantaged and the young.

As Professor Ian Hickie, from the Brain and Mind Centre says, “we have the perfect storm of factors that put people’s psychological health at risk.”

The Centre for Social Impact’s 100 Families research found that during the COVID crisis in Australia, families on low incomes have reported feeling depressed or anxious at twice the rates of the general community.

Psychology Professor Dr Elke Van Hoof (Vrije University, Brussels) warns that we need to brace for an oncoming “secondary epidemic” of adverse psychological impacts, including burnout and stress-related absenteeism, as a result of the COVID-19 lockdowns.

In April, 2020, nearly a third of the world’s population (2.6 billion people) was in some form of lockdown or quarantine. Periods of self-isolation are associated with post-traumatic stress disorder (PTSD), depression, anxiety, anger and irritability, decreased frustration tolerance and detachment. Sometimes these negative psychological effects can last for three years or more.

Unemployment is independently associated with a two-to-threefold increased relative risk of death by suicide compared to being employed. The International Monetary Fund has predicted the steepest economic downturn since the Great Depression, and in Australia between March and May 2020, we experienced the steepest rise in rates of unemployment on record (from 5.2 per cent in March to 7.1 per cent in May). In May 2020, 2.3 million Australians or 1 in 5 employed people – were unemployed or had work hours reduced.

During the Global Financial Crisis of 2008, the Australian unemployment rate increased from 4.0 per cent to 5.8 per cent, with a corresponding increase in suicide rates by a drastic 22 per cent for men and 12 per cent for women.

Young people, those in casual or unstable work, without accumulated assets and strong professional networks are particularly vulnerable.

In the best-case scenario (which assumed unemployment reaches 11.7 per cent and youth unemployment rises to 19 per cent), the model predicted a 13.7 per cent increase in suicides (a total number of 19,878 deaths) over the period 2020–25. For some vulnerable areas, the rate of suicide could be up to 10 percentage points higher than the national average over the next five years.

Victoria has experienced Australia’s most extended period of lockdown, the harshest restrictions on personal freedoms and the largest economic fallout.

Just days after Melbourne and the Mitchell Shire went into lockdown for the second time in July, Lifeline reported a 22 per cent spike in calls from Victoria, compared with the same time the previous year. By August 2020, the Victorian Government reported a 33 per cent increase in people being treated at emergency departments for intentional self-harm, and calls to support lines such as Lifeline and Beyond Blue doubled.

According to Professor Ian Hickie from the Brain and Mind Centre, “We already know that rates of psychological distress are markedly increased, particularly in young people and in women. And rates of suicidal ideation have gone up and we are already seeing this in presentations to EDs.”

Despite these alarming indicators, suicide rates have so far not been elevated, as had initially been predicted. As of August 2020, the Victorian Suicide Register indicated that the suicide rates in Victoria are on-par with 2019 (pre-COVID-19) rates. Experts believe that the intensive and immediate policy interventions such as the JobKeeper and JobSeeker coronavirus supplements have played a significant role in preventing the escalating suicide rates that were feared.

Professor Patrick McGorry, the executive director of Orygen Youth Mental Health Services, argues that the COVID-19 situation is exacerbating existing cracks in the mental health system. “I’m hearing messages that ‘the services are already there and all you need to do is reach out’, and that’s simply not the case,” McGorry said. “Giving money to Beyond Blue and Lifeline is important but what happens after? Where are they going to go? The service sector was overwhelmed before COVID.”

There is a particular concern for the vulnerable who have not benefited from the current provision of services and who may be particularly vulnerable to financial and social stresses.

1 Continued investment in employment programs
In Australia, modelling published by the Brain and Mind Centre found that employment programs “are the single most effective strategy for mitigating the adverse mental health impacts of the COVID-19 crisis.” The authors proposed extending employment programs (primarily JobKeeper and JobSeeker) from May 2021 to May 2022 may prevent an additional 9,272 ED presentations, 1,114 self-harm hospitalisations, and 123 lives lost to suicide over the period 2020-2025.

2 Invest in rebuilding connectedness and expanding community supports
Face-to-face support programs run by community-based organisations makes the most significant difference for some groups.

3 Suicide vigilance
According to Professor Patrick McGorry, mental health modelling shows there could be an increase in suicides over the next three to four years, meaning there was still time to enact preventative measures. Georgie Harman, the chief executive of Beyond Blue, said an increase in suicides was “not inevitable” as financial supports such as jobkeeper and the increased jobseeker rate dropped, but that governments, services and individuals needed to be aware of the risk and maintain “eternal vigilance”.

4 Look at innovative ways to support marginalised groups who are not accessing help
Disadvantaged social groups experiencing unemployment, entrenched disadvantage, addiction, homelessness, family stress and domestic violence, are likely to have been worse off in 2020. The exacerbation of mental health vulnerabilities in young people, and disadvantaged populations is likely, as they may be managing multiple crises at the same time, and are less likely to access support.

5 Continue to work towards digital inclusion, and maintain telephone support services
Those who can access and pay for a reliable Internet connection and IT equipment including a web camera, can move many of their social interactions and psychosocial supports online.

However, more than 2.5 million Australians are not online. The investment in telehealth will not be the solution unless some communities, such as remote communities, receive help with resourcing the delivery of telehealth services.

6 Messaging to promote solidarity
There is evidence that collective traumas can be effectively addressed through sharing experiences of hardship. Evidence shows that some population mental health gains are possible during a crisis. Messaging that encourages solidarity and kindness may have a powerful impact on a population’s ability to remain resilient and recover.

Photo by Mitchell Luo from Pexels