The flyhighbillie charity has released a series of workbooks aimed at encouraging a bit of kindness. 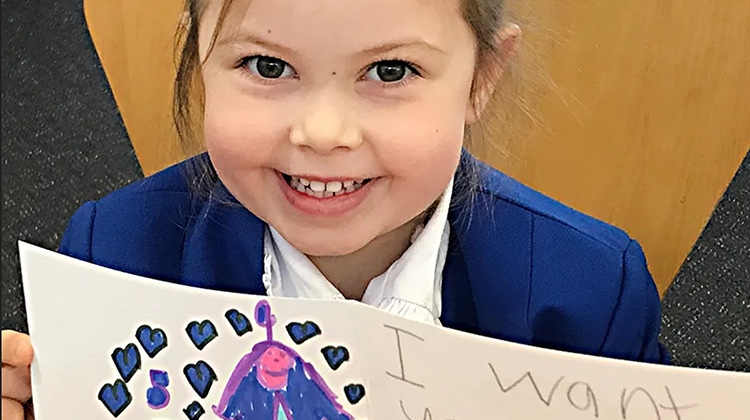 Working on some kindness, flyhighbillie

A terrible accident claimed young Billie’s life but her caring and vivacious spirit lives on through the flyhighbillie charity which has released a series of workbooks aimed at encouraging a bit of kindness.

Her mum Danny Mayson-Kinder says, “After Billie’s accident I collated her poems, stories and artwork into a beautiful book called ‘hope’.  I received incredible feedback from parents saying that ‘hope’ had instigated some amazing conversations with their children.  It was then that I realised the impact that Billie’s words were having on other children.  Children were relating to Billie, a 12-year-old student, just like them.

“So, taking Billie’s inspiring and empowering words, I sought help and advice from education consultants, psychologists and primary school teachers to put together the b kinder workbooks.”

The workbooks were written in consultation with Dr Cathie Harrison EdD, EDd, B.Ed(EC), an early learning and gifted education consultant with over thirty five years of experience in education as an academic, teacher, researcher and writer.

Cathie has also been advisor to the ABC television program - Play School, and consultant to education, museum and community projects. In recent years Cathie has been invited to undertake collaborative projects with the NSW Department of Education,  Uniting Early Learning and Catholic Education Offices in Sydney, Broken Bay, Maitland-Newcastle and with Catholic Education South Australia.

The b kinder workbooks and online programs have been designed to engage children in conversations and activities which empower them to be kind, considerate and compassionate.

"They are full of positive messages that inspire children and help them to realise that they all have the ability to make a difference just by being kind and are unique in their positive focus and in their use of positive language.

“As well as recounting real stories, the workbooks ask questions that are simple yet thought provoking.  The free online units of work for each of the three workbooks offer both individual and class activities.  The units of work focus on the strands of Health, Wellbeing and Relationships,” Mayson-Kinder says.

The b kinder workbooks have been designed to align with the Australian Curriculum for Primary Schools.  The Physical Development, Health and Physical Education (PDHPE), Social, Emotional and Learning Units are embedded within the workbooks, incorporating the core values with a particular emphasis on kindness.

The activities within the b kinder workbooks also support teachers to meet the specific learning outcomes for each stage associated with the Personal and Social Capability, one of the General Capabilities outlined within the Australian Curriculum.

“We have also undertaken research to assess the impact of the b kinder programs.  The initial Social Impact Reports evaluating the b kinder workbooks are showing a substantial shift in children’s wellbeing.

“A teacher asked his Grade 3 student if he liked using the b kinder workbook.  The boy replied, ‘yes I really like it, because when we use it and then go into the playground, everyone is nice to each other’”, Mayson-Kinder says.