According to Australia’s eSafety Commissioner, one in five children have experienced some form of cyberbullying.
Patrick Brennan Deputy Principal – Staff and Student Wellbeing at Waverley College. 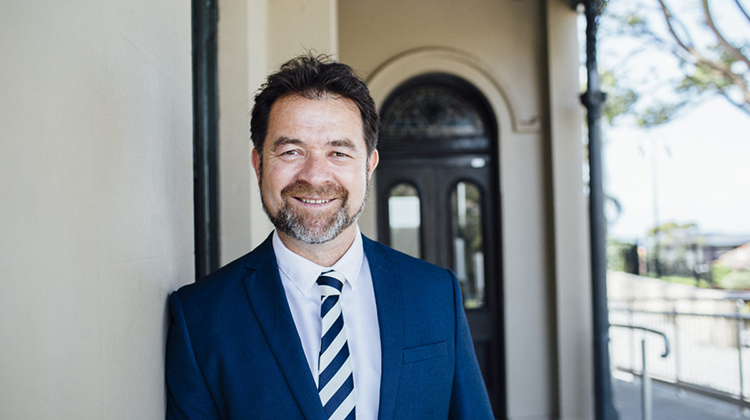 The presence of digital technologies in the hands of our children is not a new phenomenon. Parents and teachers have long recognised the educational, social and developmental benefits of tech – both at schools and at home.

However, we can’t ignore the fact that the amount of time that students are spending in front of screens has undoubtedly increased in the past decade. Students now have access to devices like personal computers, mobile phones and tablets when undertaking their work and as a means of communication with their friends and family. While these technologies have tremendous benefits for students' learning and social development, they have also presented new challenges.

Research has highlighted a hinge-point that occurred when, for the first time, more than half of adolescents owned a mobile phone. Psychologists saw a significant spike in mental health issues among school-aged kids.

Our students receive a skewed view of reality from the social media posts they are exposed to. They’re constantly exposed to digitally enhanced photos, where their friends are only ever having the time of their lives, not to mention the eternal drive to achieve as my likes as possible as an affirmation of their social media posts.

Increased interconnectedness in the online world has meant that schoolyard comments and bullying behaviours no longer stop when the 3:15pm bell rings. The bullying now takes place online, after hours and often in their safest place – their bedrooms. According to Australia’s eSafety Commissioner, one in five children have experienced some form of cyberbullying (Karp, 2018).

Cyberbullying, unlike traditional bullying, is far more invasive and complex. It can range from abusive text messages, humiliation, exclusion, imitation, and nasty gossip. There is no doubt that bullying of this nature may have an impact on the mental health of young people.

Waverley College continues to have a zero-tolerance in this space with students who engage in bullying facing a lengthy suspension, enrolment contract or permanent exclusion. Our own 2020 student Wellbeing Survey suggests a lower number than this at the College. Nevertheless, it remains vital to remind students who are exposed to trolls of the four simple rules:

At Waverley, we also track all student’s internet usage on their computers by a program called Cyberhound, and any concerning searches are automatically reported to the Heads of House. The college can also instigate a detailed IT audit of a pupil’s internet history if an alleged breach or concern is bought to our attention.

Bullying is increasingly occurring outside of school hours. The burden to police screen time might then fall on the often time-poor parent, who can be entirely unaware of how their children are being harmed online, or what harm their child may be doing to others online until they receive a call from the school. Both scenarios can be distressing for parents.

Some families only allow online computer use in a visible space or location within the home. For example, playing the laptop or computer in a kitchen or family area makes it a more sociable and communicable part of everyday household interactions. Parents here have found that their children are far less likely to get distracted or stay from the straight and narrow.

As parents and educators, we are in a position to teach our students how to use digital technologies responsibly, so as to support their mental health and wellbeing. Technology is an inevitable part of our modern lives. We can’t protect our young people from the pitfalls of technology 24/7, but we can work to improve their mental health in and out of the classroom.