Why Gonski was Always Going to Fail

Tom Greenwell and Chris Bonnor’s new book revisits the report that promised much and delivered little. 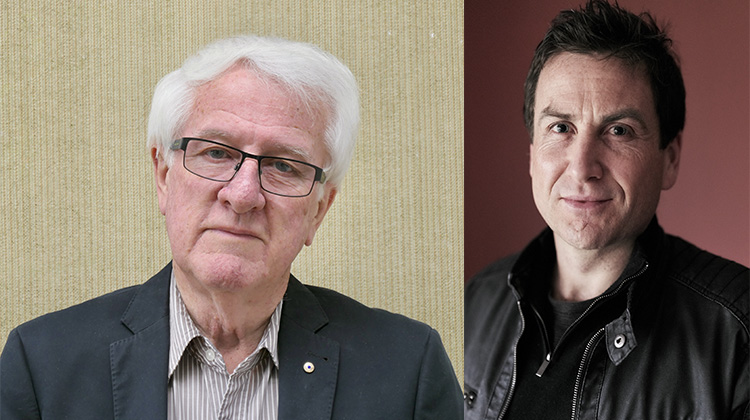 A lot of promise but no real results

Has it really been ten years since the Gonski report? That’s a good amount of time for the changes suggested to flow through to the education sector, but they don’t seem to have.

Most of the areas that the report identified as being problematic persist and the result is many Australian kids aren’t getting the kind of education that allows them to thrive.

Commentator and author Tom Greenwell says, “Despite all the optimism generated by the Gonski Report, the problems of Australian education have only worsened since the review was commissioned. International tests show that young Australians are getting less and less out of the education we are providing them.

“This shows up in international comparisons, with PISA tests showing that Australian students are, on average, about a year of learning behind where they were at the start of this century. The gap between the achievers and strugglers is growing. On average, kids from the poorest quarter of the population are three years of learning behind children in the top quarter.

“The Gonski review estimated that a million young people were leaving school each year without the basic skills they needed to succeed in life. Since then, the situation has only worsened. That is unacceptable – and it affects us all. Even in narrow economic terms, the cost of this failure far exceeds the price of investing in success.”

In many ways Gonski was destined to fail, there were far too many fingers in the pie, too many vested interests and too much complicating the roll out of a cohesive education system.

“Gonski said that to improve results we have to fund schools according to need. But the opposite has happened. Funding has increased five times faster to private schools than it has to public schools. And results have continued to decline.

“The schools that the Gonski reviewers visited a decade ago provide ample illustration. In places like Innisfail, south of Cairns, and in Alice Springs, Gonski and his colleagues visited extremely disadvantaged public schools where most of the students were Indigenous. These were the kind of schools that the funding review was meant to help. But in the first years following the Gonski review per student funding at these schools was actually cut. At the same time, exclusive private schools visited by the Gonski panel, like Geelong Grammar and SCEGGS Darlinghurst, have continued to receive handsome funding increases.”

The Gonski panel visited non-government schools, from Bendigo to Perth, that actually received more taxpayer funding alone than nearby public schools. In the ten years since, this situation has only worsened. Private schools are receiving thousands of dollars more taxpayer funding per student than nearby public schools which serve more disadvantaged children.

Then there is a second problem. The Gonski report demonstrated that a young person’s experience at school is profoundly impacted by the children who sit beside them in class and the kids they share the playground with.

“The trouble with grouping a lot of disadvantaged kids together is that the teacher has less time to give each student the individual attention they need, it becomes harder to generate high expectations and offer a diverse academic curriculum, and lessons are more likely to be sunk by disruptive behaviour. It also makes it that much more difficult to recruit and retain teachers.

“Unfortunately, Gonski wasn’t able to join the dots and offer a solution to this problem. In fact, the Gonski review endorsed the policy settings that produce concentrations of disadvantage in our schools – or make them worse. Taxpayer-fuelled resource advantages help some schools attract high-performing students, while unregulated enrolment practices and ever-increasing fees effectively exclude children from disadvantaged backgrounds.”

Today Australia has the equal fourth most segregated school system in the OECD. Social disadvantage is more concentrated in Australia’s schools than it is in countries like Russia and Tunisia. This is having a hugely damaging effect on what many young Australians get out of school.

So why is it that we are we holding onto a stratified, multi-system model?

“Since the 1960s fixing it has simply become too hard, too controversial and opposed by those who benefit most. Essentially it’s something that we drifted into, in contrast to many other countries. When state aid to private schools was introduced there was no agreement about public obligations and accountabilities to go along with public funding. And when private school parents still had to pay fees they expected their children’s schools would have advantages that others didn’t – paying for a service carries with it the promise of receiving something in return.

“They certainly weren’t going to accept losing any public funding. And so every attempt to introduce needs-based funding has been stymied by the insistence from their lobby groups that no school will lose a dollar. Needs-based funding was first proposed in 1973 by the Karmel report commissioned by the Whitlam Government. But then, as now, it was sunk by the demand that no school could lose a dollar,” says Greenwell.

And so Australia has been left with a unique hybrid system of taxpayer funded schools: some schools have an abundance of resources, others struggle to get by; some schools are open to all-comers, others are selective; some are free, others can charge fees.

“We take it for granted that our schools will operate on an unlevel playing field. Some obviously benefit from such a system, but the impact on the disadvantaged and Australia’s overall levels of student achievement has worsened.” 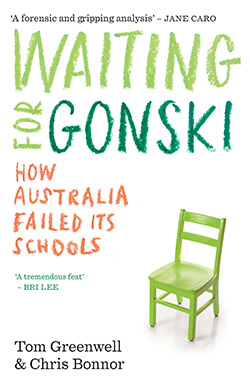