In Australia, three out of four people experience negatively biased spontaneous thoughts about Aboriginal people and Torres Strait Islanders, not necessarily with any justification for doing so.
Grania McCudden 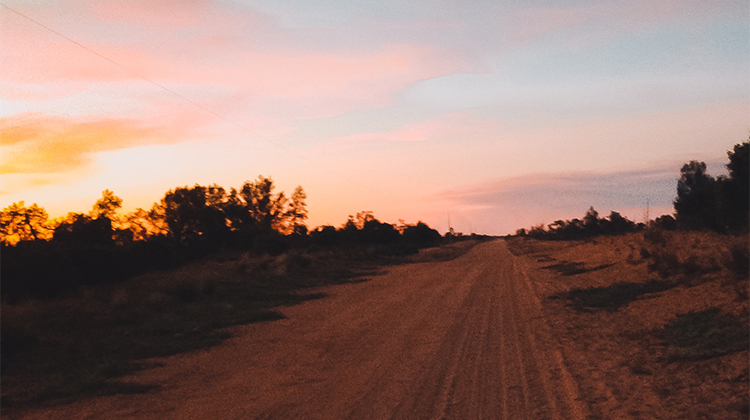 Do you recall learning about the Agrarian Revolution in high school? If, like me, you were educated in Australia, that revolution about which you learned was probably the English, but many countries experienced their own significant agricultural changes or ‘revolutions’. The Agrarian Revolution in England is considered by many writers to have begun in the mid-1600s and continued in cycles for the next two to three hundred years.

In England, a number of developments collectively formed this revolution, including changes in laws, advances in land management practices and the introduction of new technology.

Not surprisingly, improved soil, increased crop yields and healthier livestock were among the positive outcomes of these developments.

On the flip side, many who had previously lived in hamlets owned by members of the nobility and who worked the land for these wealthy owners, found themselves evicted, unemployed and starving, their homes demolished to make way for more crops and animals. Agricultural advances meant fewer farm workers were needed, so families who had lived for generations on the same land were driven out and disconnected from all that had been familiar.

A forthright writer of the time described the situation as follows:

‘…our nobility live in palaces, our gentry in villas, commerce has made us a nation of gentry, every farm-house is a grange, and the whole is one delightful scene of convenience, plenty, elegance, splendor, and magnificence. Mean time our interior police is disgrac'd with the number of our starving, naked, unshelter'd, miserable Poor; this is an ulcer in our vitals.’(1)

Displaced individuals and families drifted to the outskirts of larger villages, towns and cities where they became part of a new underclass of fringe dwellers. They were un- or under- employed and lived in overcrowded makeshift dwellings, poorhouses and workhouses or, if they were more fortunate, housing provided by the local parish or the good graces of benevolent wealthy benefactors.

Displacement and deprivation typically led to idleness, thefts, whoredomes, prophane cursing, swearing, and almost all kinds of wickednesse.(2) This illiterate and innumerate underclass was considered to be a heavy burden on and useless to the community(3) while charitable relief was believed to encourage idleness and intemperance.(4)

Frequently perceived to be sinners in need of moral reform or, failing that, punishment and transportation to ‘the colonies’, they were shunned and abused by most more fortunate community members and, even when they had done no wrong, they were treated with suspicion and disdain. So began a cycle of intergenerational poverty, violence, criminal activity, stress, trauma and living on the fringes of society – an outcome that history has repeatedly shown across the world is to be expected in such circumstances.

Transformation
By the 19th Century, with the introduction of compulsory education, the beginning of the Industrial Revolution and the need for cheap labour, members of the underclass were well placed for recruitment into new industries. Possessing even basic reading  and  numeracy skills and a steady (if low) income, many were able to re-invent themselves, becoming upwardly socially mobile. After two or three centuries, the formerly displaced and dispossessed became indistinguishable from the ‘solid’ working  class or even the ‘respectable’ and growing middle class. The obvious attributes which had marked them as members of the underclass – illiteracy, accents,  attire and behaviours  – could be  changed and lives transformed.

One could be forgiven for hoping that the outcomes of these periods of displacement and oppression would have provided useful lessons to the leaders and policy makers of the time. Unfortunately, this was not the case.

First Nations people
The early part of this story is much the same as the experiences of many of the world’s indigenous peoples – displacement, dispossession and deprivation at the hands of those with power and political influence. The latter is not.

One of the principal reasons why the story is different is that, across the world, members of indigenous or minority communities are usually immediately identifiable. No matter their educational levels, clothing, or the way they speak or behave, they are frequently characterised by the non-indigenous or majority community according to stereotypes, almost always negative. Consider, for example, two individuals displaying the same facial expression or behaviour – generally a dark-skinned person will be described as angry or aggressive and the fair-skinned as simply frustrated or annoyed.(5)

In Australia, three out of four people experience negatively biased spontaneous thoughts about Aboriginal people and Torres Strait Islanders, not necessarily with any justification for doing so.(6) Fortunately, an unconscious bias does not necessarily translate into discriminatory behaviour because we all make decisions about how we will engage with others. Regrettably, though, a proportion of the community may act on their implicit bias, in subtle and not so subtle ways…
• Imagine the impact of being followed by a store detective when you go shopping.
• Imagine waiting to be served in your local cafe and being ignored.
• Think what it must feel like to be pulled over by police and asked to prove ownership of your own vehicle, or to watch people cross the street to avoid you, or to have your change placed on the counter rather than in your hand.
• Consider the impact of watching members of your community being racially taunted on the football field.
• Imagine being told that you should be living in the bush or anywhere else but in town, next door or across the street. And, if you don’t quite fit the stereotype, then you may be declared to not be a ‘real’ Aboriginal or Torres Strait Islander.
• Contemplate what it is like to sit in a classroom and be taught an historically inaccurate, incomplete and sanitised version of Australian history while the more accurate is overlooked entirely.
• Ponder the impact of having your babies and children taken away from you, and not knowing where they are.
• Think what it would be like to have strangers yell insults at you, abuse your children, and make comments that “it’s time you got over it”, “that was years ago” and “I have nothing to apologise for, I didn’t do it”.

Even those whose Aboriginal heritage is not immediately apparent are not to be spared. Soon after Ken Wyatt was first elected to Federal parliament, one of his constituents claimed in a social media post that he would never have voted for Ken had he known Ken was Aboriginal.

The long term impacts of this bias cannot be overlooked or underestimated. Treat someone as less worthy for long enough and there is a significant risk that they will come to believe it to be true.

The playing field isn’t level
It appears that members of the majority community who are experiencing the ill-effects of a distant past are less likely to be on the receiving end of insensitive comments or arbitrary time limits. There seems to be more empathy for descendants of war veterans and Holocaust victims who have higher rates of psychological distress, anxiety and depression than are found in the general population. Similarly affected are the children and grandchildren of sexual abuse survivors and British child migrants who were sent here without their consent or that of surviving family members. There is greater compassion for, and understanding of, intergenerational trauma among these groups.
We now know that mental health problems among generations of the same family are not simply a matter of environment or upbringing. Traumatic life changing experiences lead to changes in genetic expression which, unless addressed, are passed onto children and grandchildren who are more likely to experience mental health problems than their peers.(7 8) These changes are equally as likely to occur among our First Nations families and communities.

Also worthy of consideration is the impact of the relatively brief period of COVID-19 induced physical isolation on some community members. With more anxiety and depression being reported, increased consumption of alcohol at risky levels, and higher rates of domestic violence, is it possible that non-Aboriginal community members will have a greater sense of empathy for those who have experienced over  two  hundred  years  of  isolation, marginalisation and oppression?

The distressing and traumatic experiences to which Australia’s First Nations people have been subjected, generation after generation, only serve to compound the harm and make reconciliation and healing all the more urgent.
Yes, black lives do matter.

[I am grateful to Aboriginal and non-Aboriginal colleagues and friends who provided valuable feedback on various drafts of this article.]

Grania McCudden comes from a special needs teaching and school psychology background.  Currently, Grania is working in two roles - lead school psychologist and deputy in a special education school.  Her principal motivations are social justice and learning.  She is the proud mother of three amazing young adults.

References
1 Potter, R. (1775). Observations on the poor laws on the present state of the poor, and on houses of industry, p. 31
2 City of London. (1650). Several Propositions tendered by the Corporations for the Imploying the Poor of the City of London, and Liberties. London: Richard Cotes.
3 Cribelar, T. (2001). From sin to laziness: Early modern views of the poor and poor relief. Eastern Illinois University.
4 Cobbett, W. (1813). The Parliamentary history of England from the earliest period to the year 1803. Volume 15,
p. 941. London: T.C. Hansard.
5 For example, Hutchings, P.B. & Haddock, G. (2008). Look Black in anger: The role of implicit prejudice in the categorization and perceived emotional intensity of racially ambiguous faces. Journal of Experimental and Social Psychology, 44, 1418–1420.
6  Shirodkar, S.  (2019). Bias against  Indigenous Australians:  Implicit association test results for Australia. Journal of Australian Indigenous Issues, 22(3-4), 3-34.
7 For example: DeAngelis, T. (2019). The legacy of trauma. Monitor on Psychology, 50(2), 36. https://www.apa.org/monitor/2019/02/legacy-trauma
8 Also: Henriques, M. Can the legacy of trauma be passed down the generations? BBC Future, 26 March 2019. https://www.bbc.com/future/article/20190326-what-is-epigenetics

Image by  Pat Whelen from pexels-