Where the right gets it wrong on education

Loud conservative voices in the media often don't have it right.
Ben Lawless 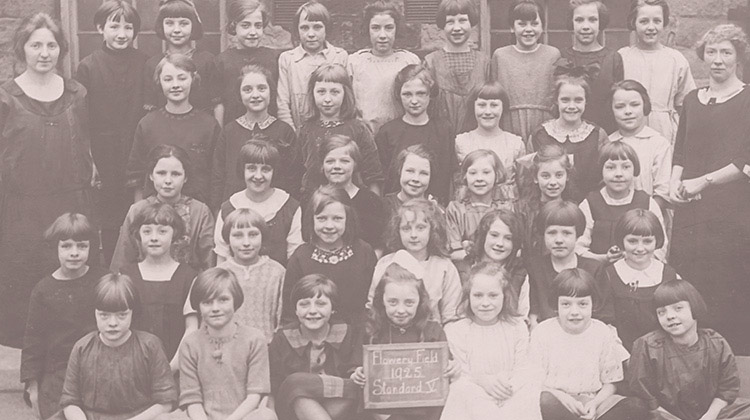 A defense of education.

Conservative education commentators attract a lot of clicks, they rail against multiculturalism, the teaching of Indigenous perspectives and one was even comfortable using the ‘n’ word three times during his 2019 book launch (Moran 2019).

Some of the views expressed are offensive and incorrect and some are just incorrect.

Bigotry
Conservative writers see themselves as anti-PC crusaders. Political correctness is defined as language designed to avoid offense or discrimination. Therefore, to be anti-PC, is to be in favour of allowing language that causes offense or discrimination. This is clearly an aim of one writer as we see in this complaint, “if you argue that marriage is between a man and a woman – generally, for the purpose of procreation – you're heteronormative; if you argue against gender transitioning, you're guilty of transgenderism” (Moran 2019). This is supposed to be a call to action, but it is just a statement of fact. Heteronormative defines sexual and marital relations as being most fitting between opposite genders. Being against gender transitioning is being against people being transgender – again, this is simply the meaning of the word. To hordes of keyboard warrior acolytes, however, saying 2 + 2 = 5 is akin to some kind of great mental freedom. The problem with anti-PC crusaders is that political correctness is simply a method by which we can reduce bigotry and discrimination in our language.

Ignorance as applied to education policy
Conservatives have strong views on why Australia has fallen in international education rankings such as PISA. Before I discuss this, I would just like to make a few points about this scenario. Firstly, Australia is one of the most successful countries in the world and yet isn’t comparing so well on PISA. Therefore, it is fairly clear that PISA success does not unambiguously translate to societal success, despite what our conveyor belt of clueless education ministers would have us believe.

Secondly, the purpose of PISA is, supposedly, to compare systems so that they can learn from each other. The problem with this is that each country has so many within-country peculiarities that a simple comparison is inappropriate. Moreover, many strategies of national education systems cannot be replicated in very different countries. Many more pertinent criticisms of PISA have been made by people much more intelligent than me (see, for example, Zhao 2020). The obsession with PISA rankings seems to be yet another piece of ammunition for the true Australian national sport: education bashing (and its many events: teacher bashing, school bashing, principal bashing, young people bashing).

Commonly, conservative education pundits (Donnelly 2018) consider all of the following as reasons why Australia is declining in PISA. I will rebut each in turn.

2 Teaching the wrong stuff – e.g. a focus on First Nations perspectives and less on Western Civilisation and Judeo-Christianity.
Well, unless PISA is a test of Western civilisation and Christianity (which thankfully it is not!), this point is meaningless and is simply a massive signpost to blatant biases. If the problem is the lack of deep content knowledge why does it have to be about Judeo-Christian values, not about Aboriginal history? Aboriginal history is 65,000 years long! Judeo-Christian history in Australia is 230 years old. Surely there's deeper content in a time period 282 times longer.

3 Inflexible schooling.
This is a smokescreen for the conservative view that private schools do better than state schools.
Where to start with this one? Firstly, Australia is a massive outlier when it comes to private education. We have a much higher proportion of private schooling than almost any country in the world.

Apparently, government schools do worse because they can't hire and fire as easily. Yet there is a mountain of evidence that shows that teacher quality is indifferent to sector – the biggest discrepancies in teacher quality are within schools, not between them. Moreover, is the suggestion that there is some large pile of excellent unemployed teachers just waiting to come into schools? This is fantasy.

Competition between schools and students is a conservative obsession, but this has been shown time again to be anti-educational. Students, schools and school sectors working together produce far better outcomes than a competitive silo mentality does.

Sleight of hand is used to suggest that independent schools produce better outcomes 'even after adjusting for students' home background'. Unmentioned is that once you control for student prior academic achievement those 'better outcomes' melt away like the flimsy, elitist arguments they are.

In fact, dollar for dollar, state schools produce much better student outcomes than do private schools. A myriad of Australian-based research reports have come out over the last few years pointing this out (Chrysanthos 2019, Grattan Institute 2019, Munro 2018). You will note that this hasn’t stemmed the flow of parents sending their children to private schools though. This suggests, and is borne out by recent journalism (Szego 2018), that parents send their kids to private schools for non-academic reasons.

4 Constructivist pedagogy.
Knocks on constructivism seem to wilfully ignore the fact that many systems (such as Scandinavian ones) that do well in international comparisons also use constructivism. Australia is NOT a stand out in its use of constructivism.

1 The enormous number of independent schools – about 1/3. No other OECD country has anywhere near that amount. This siphons off top performing students, denying the peer learning that would be achieved by our entire student cohort if all students were mixed together. It is elitism plain and simple.

2 The prevalence of screens and smartphones in Australian schools and in society in general. Many other countries with high and increasing use of smartphones are also seeing their PISA results decline. And OECD (2015) research has demonstrated that the more computers there are in a school, the worse the academic outcomes. Couple this with the fact that Australian schools have one of the highest numbers of devices per student in the world and a picture emerges.

3 We have woeful rates of pre-schooling in Australia, particularly for 3-year-olds (OECD 2019). Talk to a prep teacher about how many kids can’t hold a pen when they start school.

It is interesting to note that conservative attempts at critiquing the curriculum fell on deaf ears. Not only have antiquated, discriminatory opinions not been acted upon, the most recent Australian Curriculum proposals go in the exact opposite direction. As someone who likes inclusion, that makes me happy.

Chrysanthos, N 2019, ‘No difference’ between public and private schools after accounting for socio-economics, The Sydney Morning Herald.

Munro, K 2018, ‘Bespoke education’: are Australia’s private schools worth the price tag?, the Guardian, The Guardian.

The opinions are the author’s own.

Image by Suzy Hazelwood from Pexels