What Star Trek Taught Me About Education

It's more about learning how to think and solve problems.
Ben Hilliam Global Head of Maths at EP 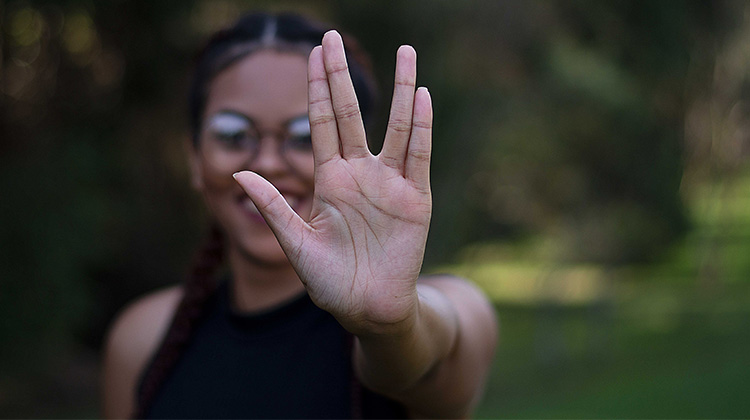 What began as a short-run TV series in the 1960s, evolved into a set of 13 separate movies, multiple spinoff TV programs, cartoons and web series that captured the imaginations of multiple generations. Now, William Shatner has just boldly gone where no man has gone before and Star Trek is celebrating its 55th year of cultural influence.

Ahead of its time, Star Trek is an optimistic look at a future for the greater good, where humanity is united in a common goal. It shows what might be possible when individuals seek self-improvement and personal achievement to build positive societies.

For me, as a Maths teacher of secondary school students for over 10 years, and now more recently as Head of Maths at Education Perfect [EP], Star Trek offers a tremendous inspiration for education. Demonstrating the importance of duty, honour, sacrifice, achieving collective goals, and the value of shared knowledge to build a better, cohesive society; all of which should form the basis of any future forward curriculum and classroom.

Within the franchise, the idea of self-improvement is wrapped up in the idea of collective responsibility. Characters are often forced to confront their own biases and rigid views in order to relate to alien concepts, and must change in order to find a solution.

As teachers, we want our student’s mindsets to be along the lines of “I’m trying to do my best on this test because it’s what’s best for me, and the better I do here the more positive an impact I’ll have on my classmates and ultimately the world.” That’s pure Star Trek, right there.

Instilling ‘Star Trek’ values in a classroom
When teaching maths, I was often asked the pointed question by students: “Why am I learning how to factorise quadratics? 95% of us won’t be using this in our job.” Which is, essentially, true.

Maths classes, though, fundamentally build a toolkit of rational processes and thought that can be applied outside mathematics. If you can follow a rational argument, you can also pick out an argument that isn’t rational. Building core competence in society makes for a far stronger democracy.

One character, Spock, is a Vulcan – a race without emotions. At the same time, the original series medical officer, Dr McCoy was all emotion, flying in the face of what he saw as Spock’s cold-hearted Vulcan mindset. The two would be at odds with each other, but the show often used this tension between the characters to solve problems.

Star Trek also encourages everyone, regardless of relative status, to maximise the tools they have at their disposal.

As teachers, we should be looking for ways to leverage tech, tools and processes to optimise for student engagement and learning. This means, keeping your eyes open for new opportunities brought about by tech and how they might be applied to the classroom.

In my early days of teaching, during the Christchurch earthquakes, I set up a Facebook page for my class so learning could continue even when the school was shut down. Now, I’m working on how to make EP a transparent layer to learning, so students get all the advantages of the previous two platforms mentioned, and teachers get rich data to inform their in-class decisions.

Image by Joel Santos from Pexels