Wakakirri celebrates 30 years of stories by evolving into a modern festival for a new era. 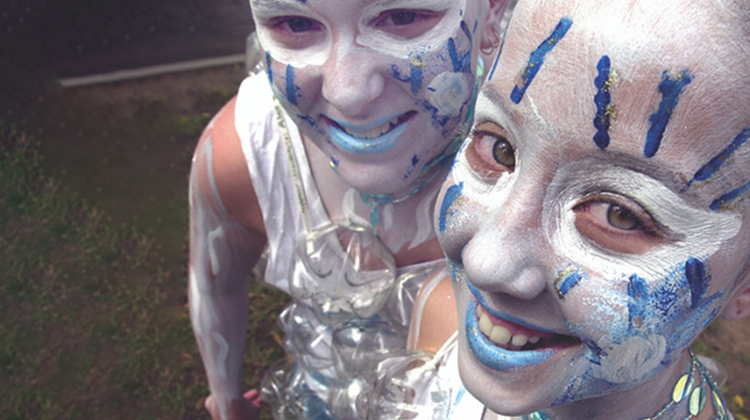 Wakakirri is back with a difference.

After two years of COVID lockdowns and cancelled shows Wakakirri is back in 2022 celebrating not only a 30th birthday but also a major change in direction as it leaves its competition days behind and sets its sights on the next 30 years.

In 1992 Wakakirri was an idea conceived over a coffee between Matthew Samuel and Adam Loxley who were running a small amateur theatre company. The idea was to invigorate the performing arts in Australia by providing the next generation with creative opportunity. It was a lofty idea but hey, it was pretty strong coffee! Wakakirri was supposed to be a ‘side’ project that would fill in time between shows. A few years later the theatre company was gone and Wakakirri had become a national event.

Student engagement and well being
Now, after 30 years, 6,500 performances, 1 million students and 2 years of COVID, Wakakirri has arrived at a crossroad. Festival Director Adam Loxley explains: “The momentum for change had been growing for years. Our research shows that participation in Wakakirri builds student engagement, social and emotional wellbeing, enhances connection and belonging, and builds community. We want to foster these elements and felt the focus on competition was no longer relevant. Wakakirri is turning 30 and we thought there was no better way to celebrate this milestone than by evolving into a modern festival for a new era.”

Wakakirri is now a festival that celebrates diversity and puts a spotlight on what schools are saying rather than focussing on who is the best. Wakakirri gives students a voice to creatively share and express their experiences, feelings, values and attitudes. Every school has a different story to tell and a different way to tell it, plus there are the ‘behind the scenes’ stories which can be just as important.

Great stories inspire change
In 2022 Wakakirri will be a festival that encourages schools who exemplify the Wakakirri ethos ‘Great Stories Inspire Change’ including raising awareness, community building and excellence in performing arts.  At the end of the annual Wakakirri season a special guest will be asked to curate a national TV special to showcase performances that captured attention both on and off stage.

Suitably the Wakakirri team has chosen ‘RISE' as its 30th birthday signature motif for 2022. RISE represents optimism and change after the adversity of the last two years. 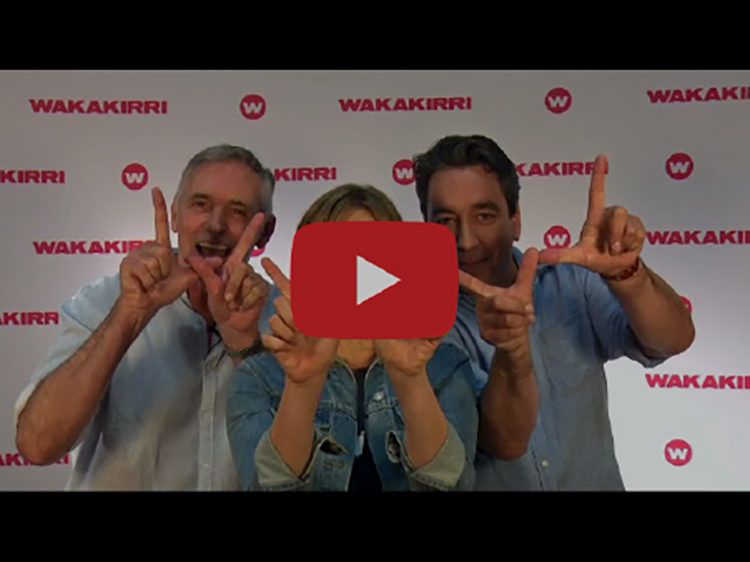 Watch to find out more about Wakakirri

Introducing new patron Kristen Douglas
Kristen Douglas, National Manager of Headspace Schools is the newest Wakakirri Patron. Kristen brings amazing energy and experience to the role and brings a wealth of knowledge and experience.
“In 2022 it's important that we create opportunities for students to process the experience we have all just had and one of the best ways you can do that is through Wakakirri. It's great for social and emotional learning, student voice, for connecting  people to the very core of your school and for that creative outlet.”

Wakakirri recognised with national award
In 2021 Wakakiri was recognised by the Australian Performing Arts Teachers Association (APATA) for contribution to performing arts education in schools.The ‘Excellence in Performing Arts Education Award’ recognises an outstanding organisation working in performing arts education, providing programs that significantly contribute towards student engagement and participation; developing a love for performance and an understanding of the broader creative process. Wakakarri was selected by the judging committee as the national award winner for our programs, culture and practice of inspiring teachers and students in their learning and development in the performing arts.

About Wakakirri
The Wakakirri Story-Dance Festival is a national program for schools that develops student engagement and wellbeing through participation in the performing arts.  Schools participate by creating Story-Dances which they perform in live theatres in capital cities and selected regional areas around Australia. Schools in remote and regional areas can participate via Wakakirri Video. Schools’ performances are inspired by the Wakakirri ethos ‘great stories inspire change’. Environmental, social, cultural, health, historical & reconciliation stories are all popular themes. Each year hundreds of schools across Australia create and perform Story-Dances for Wakakirri that reflect students’ thoughts, ideas and aspirations.Wakakirri is open to Primary & Secondary schools (public and private), Dance Schools and Community Groups.

Find to about Wakakirri 2022 and register to participate at https://www.wakakirri.com/get-involved/.