The Jewish Holocaust Centre has built a suite of virtual learning resources and customised virtual workshops which will bring its message to a wider audience. 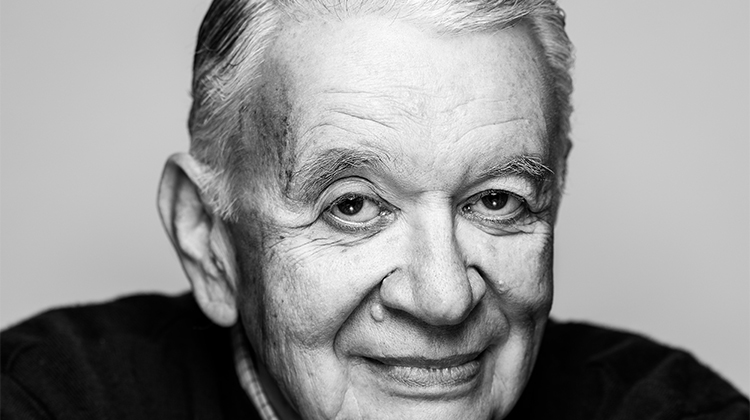 Conversations with a survivor

The Jewish Holocaust Centre has built a suite of virtual learning resources and customised virtual workshops which will bring its message to a wider audience.

The initiative allowed 87-year-old survivor, Paul Grinwald to meet virtually with up to 20 senior students from the Northern Territory School of Distance Education who were able to ask questions about how his family survived in France during the Holocaust.

Born in Paris in 1933, Grinwald was a young boy when the Germans occupied France and introduced antisemitic laws that excluded Jews from public life.

In 1942, Jews were required to wear a yellow star and they were being deported to camps. Grinwald's father decided to move to Lyon as it was then not occupied by the Nazis. His mother and the two children spent two weeks hiding in a cellar in their Paris apartment building, before they were smuggled to Lyon to join their father.

The class will be led by history teacher and graduate of the Gandel Holocaust Studies Program for Australian Educators at Yad Vashem, Toni Smid. As part of her studies, Smid travelled to Israel in 2017 and there she met with a 90-year-old Holocaust survivor who inspired her deeply.

“As a history teacher, I’ve always chosen to teach the Holocaust,” she said. It’s something I believe students should know about. I want them to examine how something like this could happen, how such extreme ideas can take hold and to think about parallels with today. I also want them to see how strong the human spirit can be and that people can rebuild their lives.”

Among the participants will be 15-year-old Aboriginal student, Taleah. Her grandparents were a part of the Stolen Generation and with help from her community, she’s now trying to discover what happened to them. She feels that it’s very important to listen to other people’s stories and learn from them.

Both Taleah’s grandparents on her mother’s side were part of the Stolen Generation and she is now trying to piece together their stories from other family members and her community.

JHC Education Engagement Manager, Jennifer Levitt Maxwell says, “In Australia, we have Holocaust survivors who are eyewitnesses to history and who engage with students and deeply enhance their learning experience. Hearing real stories makes this history far more memorable for students. This precious opportunity is available now, but the survivors are ageing and it won’t be with us forever.

“The highlight of our customised virtual workshop is meeting a survivor as it allows students to see that the Holocaust happened to ordinary people, who were of a similar age to themselves. It allows them to humanise the facts and statistics.”