Innovative Australian teachers are bringing PE and video games together to make for thinking, persistent students. 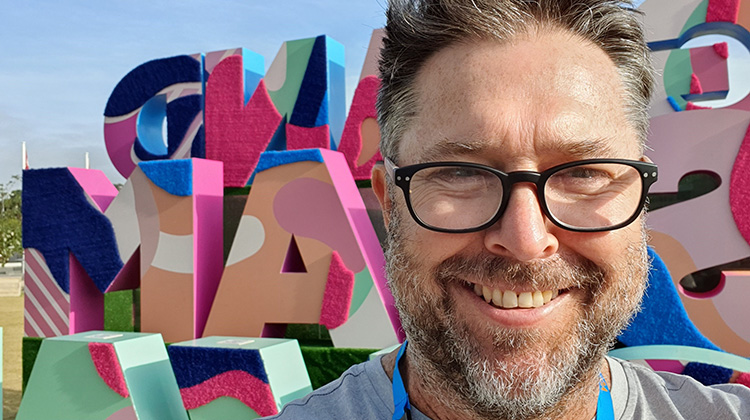 He found both rely on problem solving and using the principals of game design to structure PE curriculum could create agile thinking in students and an ability to stick it out.

“We have become used to a command-style that historically dominates coaching and teaching. Comedy plays up the stereotypes that are all too familiar. That is definitely not fair to PE teachers today who are really working to move beyond that, but a reliance on teaching sport through the repetition of certain techniques tends to crowd out the possibility of developing thinking players and focussing on problem solving,” Assoc Prof Pill explains.

“Teaching sport in PE brings you up against a challenge that is the same as one facing digital game designers. How do you get a person to commit to something that is sophisticated, complex, involves repeated failure, where mastery is a long way off – and have them thoroughly enjoy it?

“Game designers are already applying educational theory to their work. I thought that surely we can learn from this in physical education.

“What this study represents is teachers independently putting this to test,” says Assoc Prof Pill. “While I was at Flinders, getting introduced to ideas and thinking them through, these teachers were immersed in the everyday reality of teaching and trying things with their students. They were asking questions much like the one that I was digging into. ‘If I was looking at a unit of work in a classroom, from the perspective of a game, what would I do differently?’”

Simon (a pseudonym), one of the study’s participants, is a primary school PE teacher having worked in public schools for 23 years. He has found that by approaching his lessons from the perspective of games has stimulated his creativity and made him think of his role as one of an education designer.

“In his teaching he now has more options to engage and then extend student learning than he did in the sport-first paradigm he had previously been using,” says Assoc Prof Pill. Each lesson is more connected to the next than when he was teaching a series of discrete units of sport.

Simon says, “The big thing I have picked up is that physical education is about the ability to move and to understand. Otherwise, we are just physical activity providers. Digital game design principles allow me to bring in the possibility for kids to understand themselves as learners and movers, themselves as collaborators.”

Simon became interested in gamification about three years ago, he had been thinking deeply about what motivates children to play and learn through watching his own children engage with digital game platforms.

“Simon observed the problem-solving, progression through levels, challenge, and reward, and started to think about how that encouraged and motivated participation,” says Assoc Prof Pill.

“He began reading and listening and watching podcasts and videos about gamification and digital game design. He took these ideas from games in order to create a classroom situation where students could engage their strengths, and from there, develop and improve.”

Like Simon, Assoc Prof Pill was also prompted to investigate the power of games by observing his own children. “We need to teach for this generation, not our generation. Looking at my kids and what they get out of video games, I could see that the way the games presented them with problems to solve was really skilfully designed to keep them engaged and persisting, despite the frustrations along the way.”

Another teacher, Chris (a pseudonym), has been teaching PE for 10 years from Foundation to Year 12, in Australia and the United Kingdom. Chris now also works as a provider of physical education professional development. In both roles, Chris uses game design principles to structure his educating.

A game mechanic that Chris has applied widely is the concept of missions. “Within a mission, each person has a specific role. Look at Fortnite. I was talking to someone who plays a lot. He says, he is no good at it, and so his job in the team is just to run around and hide, help people with their energy and to get it back. I thought, that is so smart. In sport, not everyone is going to be great. In elite sport you have players who are there to play a specific role."

Chris uses missions to build his classes around a story. “My favourite game mechanic is narrative. I feel that everything has a story. If there is an engaging story people will listen to it. So why don’t we make tales, or scenarios, or stories.” He believes that these methods not only allow PE to be more relevant to the rest of a student’s curriculum, like English, social studies, or drama, but will provide personal lessons that will have a greater impact on the students’ lives than drilling technical skills, as he used to.