She has encouraged hundreds of disadvantaged students into college. 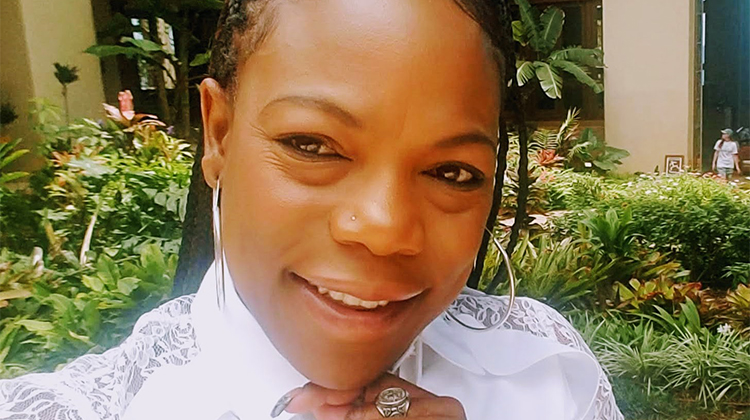 The Global Teacher prize is the world's richest.

US teacher Keishia Thorpe has opened up college education for low-income, first-generation American, immigrant and refugee students winning a US$1 million Varkey Foundation Global Teacher Prize 2021 for her efforts.

Jeremiah Thoronka, a student from Sierra Leone, who invented a device that uses kinetic energy from traffic and pedestrians to generate clean power, has been named the winner of the Chegg.org Global Student Prize 2021.

Jeremiah is the first winner of this new $100,000 sister award to the Global Teacher Prize which is given to one exceptional student who has made a real impact on learning, the lives of their peers and on society.

Keishia, an English teacher at International High School Langley Park, Bladensburg, Maryland, was selected from over 8,000 nominations and applications for the Global Teacher Prize from 121 countries around the world.

Jeremiah, a 21-year-old student from Freetown, Sierra Leone, was selected from over 3,500 nominations and applications for the Global Student Prize from 94 countries around the world.

Keishia Thorpe currently teaches English to 12th-grade students at the International High School Langley Park, Bladensburg, Maryland, United States, a school where 100% of her students are English language learners and 95% identify as low-income. Keishia completely redesigned the 12th grade curriculum for the English department to make it culturally relevant to her students who are first-generation Americans, immigrants, or refugees from mostly Africa, the Middle East, the Caribbean, and South and Central America.

As a result of her interventions, her English Language Learners have shown a 40% increase in their reading, which contributed to the school meeting its growth-to-target rate with a 10% increase in WIDA scores for 2019-2020 and the highest in the school district for ELLs.

Thorpe  dedicates a huge amount of time encouraging her high school students to apply for college, assisting them with their applications and helping them gain fully funded scholarships. She has helped her senior students in 2018-2019 alone, win over $6.7 million in scholarships to 11 different colleges with almost 100% of them going tuition-free.

One of Thorpe’s  greatest achievements was to co-found (along with her twin sister, Dr. Treisha Thorpe) U.S.  Elite International Track and Field, Inc, a non-profit giving ‘at risk' student-athletes across the globe an opportunity to use their talents as a vehicle to access fully funded scholarships to U.S. colleges and universities.

U.S. Elite has built a network of U.S. college coaches with whom student-athletes are paired, with a view to earning full scholarships. To date, she has helped over 500 students get full athletic track and field scholarships. U.S. Elite has achieved over 90% college graduation of student members, approximately 20% pursued a Master’s degree, and 8% post-graduate degree.

Keishia also established an Annual Scholarship and Athletic Convention, where college coaches and admissions and compliance teams inform economically disadvantaged student-athletes about college admissions and interact with them one-on-one, allowing many to get recruited there and then. Keishia was honored with the Medal of Excellence from the Governor of the state of Maryland for her work in influencing equitable policies in education and named the National Life Changer of the Year in the entire USA for 2018-2019, an award given to teachers who inspire and go above and beyond for their students and “exemplifying excellence, positive influence, and leadership”.

Jeremiah Thoronka was born amid the fighting of the Sierra Leone civil war and grew up with his single mother in a slum camp for displaced people on the outskirts of the capital Freetown, having to burn charcoal and wood for lighting and heating. Jeremiah saw with his own eyes how, in addition to the photochemical smog making respiratory problems commonplace, his young contemporaries fell behind in their schoolwork because of a lack of decent lighting.

Energy poverty is a major issue in Sierra Leonne – with just 26% of the population having access to electricity. In rural parts of the country, only 6% of people have electricity access, with most turning to solar lanterns and dry-cell batteries. As a result, it’s led to the destruction of forests as people chop down trees for firewood, which leaves Sierra Leone highly vulnerable to extreme events like flooding and landslides. Families' reliance on firewood and cheap kerosene generators also lead to frequent house fires.

At 17, when studying at the African Leadership University in Rwanda, Thoronka  launched a start-up called Optim Energy that transforms vibrations from vehicles and pedestrian footfall on roads into an electric current. It is different from established renewable energy sources including wind or solar because it generates power without relying on changeable weather. At the same time, no battery and no electricity connection to an external power source is needed.

Optim Energy ran a successful pilot program in Jeremiah’s neighbourhoods, Makawo in the northern part of Sierra Leone and Kuntoluh east of Freetown. With just two devices, the start-up provided free electricity to 150 households comprising around 1,500 citizens, as well as 15 schools where more than 9,000 students attend.

Jeremiah is currently developing plans to expand into the healthcare sector, which needs power to chill medicines and vaccines and create sufficient light for treating patients after dark.

Jeremiah is a United Nations Academic Impact Millennium Fellow and Optim Energy was voted the most Innovative Energy Start-up 2020 by United Nations Major Group on Children and Youth (UNMGCY), and the Sustainable Development Goal (SDG) 7 Youth Constituency. Jeremiah is also one of the World Wildlife Fund’s top 100 Young African Conservation Leaders. Should he win the Global Student Prize, Jeremiah will use the prize money to expand Optim Energy to reach 100,000 people by 2030.

The other top 10 finalists for the Global Teacher Prize 2021 were Ana Maria Stelman from Argentina, Breanna Heels from Canada, Bryant Acar from the Philippines, Diana Lorena Rubio from Mexico, Evans Odei from Ghana, Juline Rault from France, David Swanston from the UK, Rebecca West from Australia and Soraya Motaharnia from Iran.

The other top 10 finalists for the Global Student Prize 2021 were Amisa Rashid from Kenya, Ana Julia Monteiro de Carvalho from Brazil, Kehkashan Basu from Canada, Lamya Butt from the UAE, Elliott Lancaster from the UK, Matine Khalighi from the US, Mirko Cazzato from Italy, Oluwadamilola Akintewe from Nigeria and Seema Kumari from India.