Too Much Regulation, Not Enough Care

Disabled students in schools can find themselves at once over regulated and neglected. 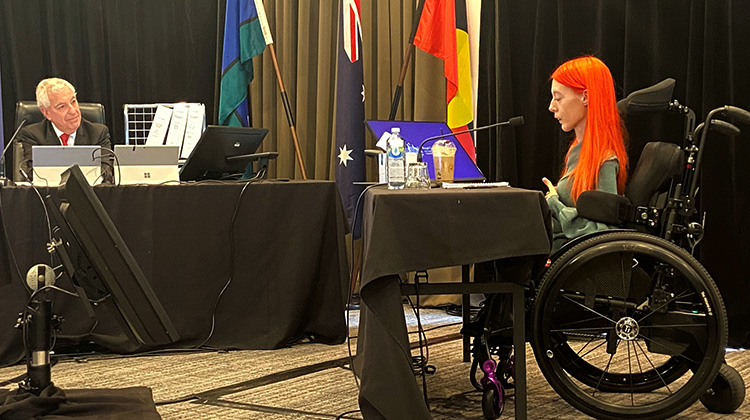 There is a long way to go if disabled students are to be properly integrated into mainstream schools.

For Brittney Wilson, Britt, who is a wheelchair user, attending a mainstream school saw her placed somewhere between inclusion and exclusion.

In her experience, the other students weren’t the problem, Britt had many supportive friends, but while the assistance of a teachers aids was necessary to help her, the regulation and the attention she received from the TAs was often a source of friction.

Britt found that the kind of treatment she experienced was also true for her younger brother James who is also disabled and attended the same school.

Her situation brings to light many of the problems schools face; staffing issues, personality conflicts, differing ideas about what is appropriate in a situation and what isn’t, further complicated by overlaying the challenges around disability.

With a desire to be accepted and treated in the same way as the other students, Britt chafed against overbearing attention in some instances while suffering from a lack of care and sensitivity in others.

The stories she recounted during her eloquent and sometimes angry testimony before the Royal Commission in Violence Abuse, Neglect and Exploitation of People with Disability range from the humiliating to the shocking.

Britt says, “… basically I wasn’t allowed to be a kid because I weas constantly monitored. And rather than help me be included the TAs became kind of a segregation in themselves because no one wanted to around a teacher 24/7. And it became very, very isolating.

“In grade 4, grade 5 I actually became permanently wheelchair bound due to scoliosis. When this happened my friends kind of rallied around me, which was really sweet. They would want to take it in turns who got to push me in the playground and to help keep me included, the majority of the teachers would allow this because they saw how happy it kind of made me…”

The teachers aids were not as interested in Britt’s inclusion in play, actively standing in the way of her friends pushing her wheelchair.

“Some would flat out refuse to allow my friends to push me to keep me included. Saying that it was their job, it was a safety rule … but on the same hand in the middle of a game they either just didn’t want to help or they would see another TA and spend the next whatever left of the break talking to that TA while I sat there in my chair…

“It was very damaging. Especially when I tried to interrupt and say ‘please can I go play.’ And I was told that I was interrupting and very rude. And that I had to wait. It made me feel very insignificant,” Britt says.

Britt’s younger brother James saw neglect while attending mainstream school as well as interference in his schoolwork and the assessment of his progress.

He struggled with spelling and writing but Britt recounts the TAs were, “completely erasing whole sentences that he didn’t write correctly and rewriting them for him. So the teachers weren’t even marking his work. So the teachers were going off of the TA’s experiences and telling us that my brother was three years behind in his learning. Which we knew was incorrect because we were working with him at home and he was flourishing.”

Both Britt and her brother took issue with the treatment they were receiving but their complaints were mostly cast aside, there were sacrifices being made for them to attend the school and they should be thankful.

One incident resulted in Britt’s mother removing James from school for six months, he had just had a circumcision for medical reasons and was using a bottle to urinate in.

Staff hadn’t placed the bottle correctly when taking him to the bathroom and to stop hum from urinating on them they, according to Britt, “grabbed him by the tip of his … and squeezed to stop him urinating which obviously caused him immense pain.”

“And after this they gave him a bunch of Dojos, school Dojos, and a big reward for reward for the way he communicated and dealt with the situation. So James came home, they didn’t call my mum, they didn’t make an incident report about what happened.”

The Royal Commission in Violence Abuse, Neglect and Exploitation of People with Disability Public Hearing 24 runs until Friday.