It’s amazing that I, of all people, ended up teaching about happiness, positive workplace culture, and how to have great relationships with everyone you know. Amazing indeed, when you discover just how bad I used to be at all of those things.
Toni Powell 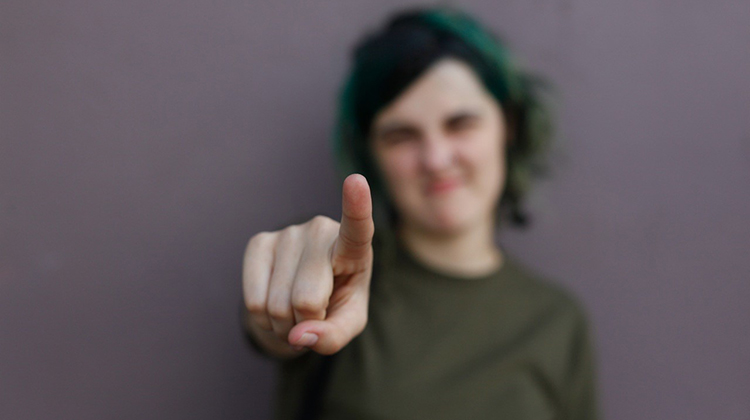 People can be created or destroyed by words

It’s amazing that I, of all people, ended up teaching about happiness, positive workplace culture, and how to have great relationships with everyone you know. Amazing indeed, when you discover just how bad I used to be at all of those things. Take relationships for example.

I was a reluctant bride, so reluctant that when my husband Phil first proposed my instant answer was:

Yes, I know. Not overly caring was I?

In my defence, I wasn’t the only one who thought it was ridiculous. When we did marry, just six weeks after my dramatic refusal, it was amid cries of dismay from almost everyone who knew us.

His parents didn’t want the likes of me in their house and even my parents though Phil was too good for me.

They had their reasons. We were both just 19, he was a sweet surfer boy who still lived with his parents and I a wilful wild child who’d run away from home at 15. Simply going off my answer to his proposal you’ve probably worked out that I was, at the time, outspoken. More than that, I was blunt to the point some described my tongue as a razor blade. Added to that, I was insecure and angry and hurt and defensive – an explosive mix that people feared would break the gentle Phil.

It looked impossible. People took bets at the wedding on how long it would last. No one could imagine a marriage between the two of us enduring even six months.

What they didn’t bet on was the power of his love, how committed to growth I would become, and how the words of one stranger could change everything.

I actually never met the stranger, I only saw her by accident at an event a few months after we married. She didn’t look like anyone special, she was a middle-aged lady, a speaker at an ordinary women’s lunch. She wasn’t famous, or particularly outstanding in any noticeable way, and most of her speech was instantly forgotten – except for two sentences.

Two sentences that stood out.

Two sentences that changed my life.

The first sentence was:

‘People can be created or destroyed by words, the words you say about others will influence who they become.’

And the second one was:

‘Fidelity is not just sexual, faithfulness is also having your partner’s back in all that you say about them.’

Somehow Phil came into the world already understanding the power of words. For well over forty years he’s been relentless in his flow of kind words, despite my offering him many thousands of reasons to be critical. This isn’t because he’s stupid. He’s not blind. He sees my faults. He’s aware of all of them, and yet, he has never battered me with his words.

He has instead, in tiny acts of stunning grace, repaired me with them.

‘True love does not come from finding “the perfect person” but by learning to see an imperfect person perfectly.’

Looking back, I think our friends and family were right to be afraid that I would break Phil. I was exactly the sort of person who would have pointed the finger at him and blamed him for anything, just so, for a moment, I could feel a little better about myself.

Had it not been for that unknown woman’s timely words so early on, I would have, unthinkingly, done just that. Instead her wise words rang like a bell in my mind, and have continued to ring year in and year out, reminding me to be careful with this treasure. Reminding me not to destroy this beautiful man.

Thanks to her, I learned in the first months of marriage to make sure I said nice things about him, to build him up when speaking within his hearing. I’ve tried not to humiliate him in public and refrain, sometimes with much difficulty, from sharing his faults (yes, he actually has some) with my girlfriends. If I have an issue with him, I mostly tell it to him, not others. He knows I have his back. I know he has mine.

We try to keep a bit of humour around, even in arguments. During one early morning car trip, I leaned over toward him and said, not unkindly, ‘Darling, I just want to let you know that right now, at this moment, I’d dearly love to kill you.’

He smiled. However he knew what I was talking about and knew I was letting him know we had stuff to sort out. Ironically, we were driving to a day-long workshop we were running on ways to build stronger, happier relationships!

Before I could begin the workshop, I had to confess my murderous comment to the whole room in order to run the day with integrity. It was both hilarious & embarrassing. And yes, we sorted the argument later.

Despite my occasional moments of wanting to kill him Phil and I ended up winning the bet. We’ve stayed together and slowly crafted a happy marriage. He hugged and encouraged most of my rage and pain away and I know I am the luckiest to have someone do that for me.

Looking back, I think that wise speaker ignited in me a fascination with how people tick and how we can make things better for each other, indeed, how we can be better ourselves. I’ve ended up being obsessed with ways we can reduce the strain on those around us and help bring out the best in each other and I now understand her advice applies to all our relationships.

It’s easy to forget that every one of us needs the reparation bought by stunning tiny acts of grace. We need those acts from our friends, our family and our co-workers. When people are kind and generous enough to overlook our flaws and encourage our strengths, our hearts are repaired, our pain is healed and we start to shine.

Life is so tough a lot of the time – when it is, we tend to get stressed, angry, impatient and a maybe even a little mean. We can be casually cruel with our pointed fingers, criticisms and gossip. We speak of and to others carelessly forgetting that words can create or destroy people – even when we don’t intend them to.

Life is even more stressful in a Covid-coloured world so it’s more important than ever that we give each other a break and offer grace with our words. It’s so much better for everyone if we endeavour to speak carefully and speak kindly as often as we can.

I try to always keep in mind that there is no taking back the words I speak, they linger forever and can continue to wreak havoc or heal hearts long after they are spoken.

To find out more and get the backstory on Toni’s awkward proposal check out Goalcast’s 5 min viral video of her telling that tale here https://www.facebook.com/watch/?v=2186966888194877