The pandemic pushed schools into the cloud

Cloud services a good fit in an unpredictable time. 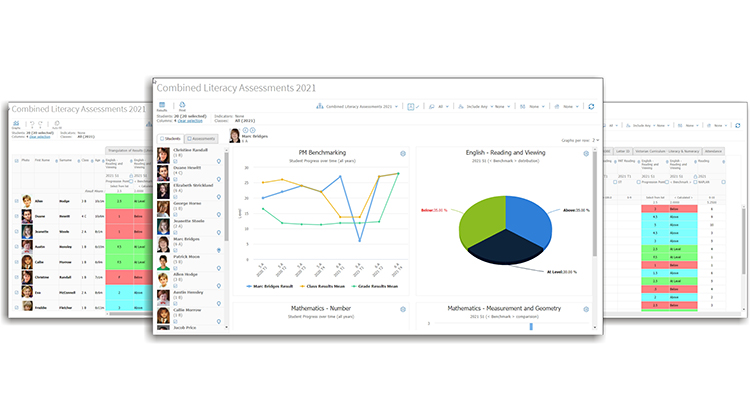 Two years of remote learning have stretched the capacity of schools’ technology frameworks.

Jumping in and out of remote learning has meant schools needed systems that would scale during busy periods and were underpinned by a reliable, flexible technological capability as classes went online.

The potential of the cloud has been hinted at, but there’s always some hesitance to upset the apple cart and do something new. However, cloud technologies have been found to be a good all-round fit in an environment where there is likely to be a sudden change in user circumstances and location.

Historically, Semaphore Consulting’s suite of products, which include brands such Xuno SIS, Accelerus Reporting and GradeXpert Analytics, have been deployed widely – both on-premise and as Software as a Service cloud based solutions. Semaphore products are used by schools across Australia including Sydney Grammar, the Queensland Academy of Science, Mathematics, and Technology, Victoria’s Methodist Ladies College, Blackburn High School and Oakleigh Grammar, to name a few.

CEO Dr Kiki Tanousis and managing director David Jones have noticed the significant uptake of cloud amongst their clients. Tanousis says that because of COVID, many schools rethought their approach to IT, as many were compelled to use new cloud-based technology. All products are delivered via Microsoft’s Azure platform.

“Having crossed the Rubicon, schools that were previously hesitant to go into the cloud have begun to realise that the performance was actually often better than on-premise environments. And we’ve encouraged schools to use a lot more cloud software. There are of course, certain situations in remote regions where the cloud is not so useful, so that’s why we retain the ability to go hybrid or even ‘old school’ if necessary.”

Tanousis and Jones also found that schools began to explore and push the capabilities of their software.

“We’ve got a really powerful messaging system built into XUNO school management system, but it was not intended to be for home-schooling,” says Tanousis. “We’d never imagined a year like 2020, no one could have. But because the inbuilt messaging was so versatile, as soon as everyone went remote, a few schools started thinking, ‘Oh, this is really useful. We can use it to conduct our classes, interact with the students and with the parents and everything’. By the time further lockdowns arrived, schools had started talking to each other.”

During COVID the company was also able to leverage Tanousis’ expertise in another field – he is a former Post-Doctoral research fellow in molecular immunology. Before school closures had even arrived, Semaphore had implemented its own emergency measures and provided advance warning and guidance to schools, to help them plan for working through the pandemic. “At first people didn’t want to believe it. But the effects on all our lives have been quite profound.”

The Azure environment was a godsend for Semaphore’s operations. Demand surged during the transition to online and according to Jones: “Demand varied from day to day, but it was somewhere between three and 10 times what our normal traffic was.

“And the fact was, we were able to just dial it up. We didn’t have to go down to JB Hi-Fi and buy more computers. We just jumped on our Azure dashboard, allocated more resources, and bang there they were, ready to go.”

“We will outpace allcomers when it comes to new ideas. We’ve taken patents out on our contactless technology and our contactless kiosks. We had that built within about two months of COVID coming out. That’s how fast we go.”

“And if we can’t do it ourselves, we’ve got an ultra-fast integration philosophy. So, if there’s a great system out there that’s already invented the wheel, we will integrate with it and make it available to our network.”

Recently Semaphore acquired GradeXpert a leading analytics company. “We had GradeXpert Maps integrated and in the cloud in less than two months. We didn’t have to worry about switching to Azure, GradeXpert was already on it too,” says Jones. The XUNO platform coupled with Accelerus Reporting and GradeXpert Analytics offers comprehensive dashboards such as student maps (Source: XUNO).

According to Tanousis; “We’re a cutting-edge educational software company that specialises in fast innovation and highly responsive adaptation to changing circumstances and customer feedback.”

Part of that adaptive response, to borrow from immunology, is to be able to flip between on-premise and cloud as the needs arise.