The argument for an educational shift

The University of Queensland’s Critical Thinking Program is giving students the ability to do more with information. In every setting where the program has been tested it has made for better learners and better results. High performing school systems like Singapore’s and China’s have started to take notice, the program's ideas have been delivered in India and it is starting to be implemented in schools nationally. Critical Thinking professional development workshops have been held for teachers in South Africa, Belgium, New Zealand and Canada who are interested in incorporating it into their practice. 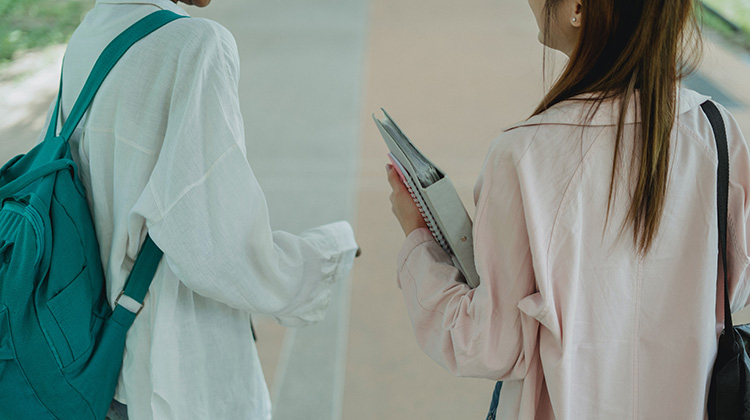 Introducing critical thinking leads to a dynamic way of learning

It seems it’s valuable to introduce students to the power of of constructing, analysing and evaluating arguments at every year level. Prep to senior schoolers benefit from the ability to think critically, evaluate both sides of an argument and maybe modify their position.

Introducing critical thinking leads to a dynamic way of learning, producing students that participate in classroom discussions, engage in dialogue with teachers, and are better prepared for university. It boosts their academic performance too.

That’s what University of Queensland researchers, Dr Peter Ellerton and Prof Deborah Brown, have found since the Critical Thinking Project they devised started to find its way into schools.

Brown has a favourite quote from a student from a low SES school who when asked to evaluate the program’s university level course, Effective Thinking and Writing, said, “I learned that it is important to go into an argument being willing to change one’s perception on the basis of a better counterargument.”

That is a mouthful from a Year 11 student and illustrates the shift that the introduction of critical thought can bring.

“I like the quote because it shows that open-mindedness and resilience we want our students to achieve,” says Brown.

High performing school systems like Singapore’s and China’s have started to take notice. The team were due to run workshops in Chengdu before the pandemic hit and Brown has delivered her ideas in India and Ellerton has been implementing the program in schools nationally.

Ellerton has held Critical Thinking professional development workshops for teachers in South Africa, Belgium, New Zealand and Canada, who are interested in incorporating it into their practice.

The United States is also on board. UCLA and Pepperdine worked with The University of Queensland to create the ‘Teaching for Thinking: Developing Student Cognition’ suite of online professional learning modules. They’ve called the collaboration the Pacific Partnership in Critical Thinking.

“We don't just focus on some kind of curriculum solution – e.g., ‘you just implement these things or just photocopy these worksheets and your students will learn to think critically’. We recognise that it's a pedagogical game and so we have to work with teachers to develop their expertise,” says Ellerton.

They must be doing something right and the proof is in the effect everywhere the program has been delivered. In low SES areas and more affluent places, introducing critical thinking has made for better learners, better marks and better preparedness for university.

The project team has collaborated with the Queensland Department of Education’s Solid Pathways program to support Aboriginal and Torres Strait Islander students and with Indigenous educators in British Columbia, Canada.

“They’re interested in the idea of critical thinking as a means of giving students a voice in the classroom, empowerment, and not imposing a way of thinking upon students but giving them a way in which they can connect with the very real educational needs they face, without having to sacrifice their own unique backgrounds,” Ellerton says.

Teachers who have been through the workshops find that they can very quickly roll out what they have learned.

“It’s very extendible, teachers will often say that ‘this is the first PD I’ve done where I know what to do on Monday morning’. It builds on teachers’ understanding of what good practice is, building on expertise that they already have and enriching that. It isn't some new fad that adds to their cognitive load,” Brown says.

“We know that increasing student teacher dialogue builds cognitive capacity and improves performance and engagement with schools. This pedagogy is about enabling teachers and students to understand what that quality of thinking and dialogue consists in.

But teachers had better be prepared for a shift in the way classrooms work, ready themselves to be questioned and get used to discussion over dictation.

A story from the workshop sessions speaks volumes. A Year 1 teacher was participating in the foundational Critical Thinking Workshop, at the end of which she stood up and related an incident that showed the change in her students’ thinking and behaviour.

She talked about the heavy rain that had come through Brisbane. It was 3 o’clock and a lot of her students were stressed about how to get to their parents. She said it was far more in her practice now to sit the students down and ask them: “What do you think we should do, what are some of your ideas?” She said she was blown away by the creativity and the collaborative thinking the students displayed.

Professor Brown adds, “We’ve seen students initially come into the classroom and be slightly competitive. When they were asked to share ideas, they would get their own ideas out there and then defend them to the hilt, but after time, when they came to recognise others’ reasoning, students would say ‘I did think this, but now I listen to so-and-so, I think that that’s a better idea and for these reasons’.

“Even little students, as you start to get them to use that reasoning language, they become more open to changing their minds, which is the gold standard.”

Photo by Zen Chung from Pexels