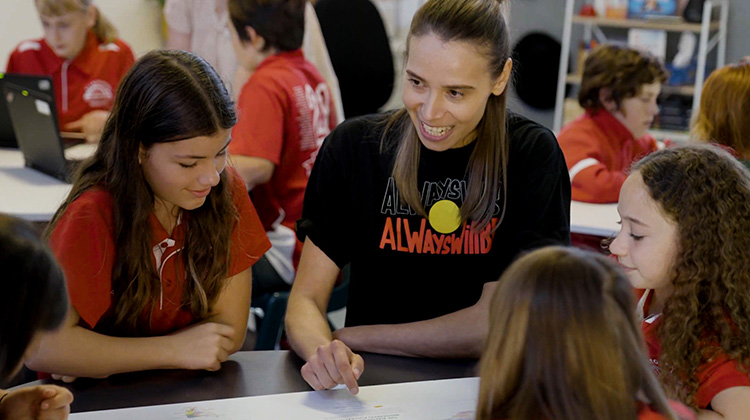 There are around 250 indigenous languages and 800 dialects on top of those but students are more likely to learn Chinese than Warlpiri; 63% of children don’t know any local First Nations words.

Students want that to change, they are curious about the culture and language preceded Australia’s western one and are keen to have it taught to them by First Nations Educators (FNE).

“Where I live there seems to be lots of Aboriginal stuff around our community. But we never get to discuss it at school. It would be cool and important. I wish I understood it and could explain it,” says Zoe, who attends Prep in Victoria.

Parents share that enthusiasm, 72% want their child to regularly learn from a FNE and seven in 10 primary school aged children want it too.

When surveyed, 85% of children who learned about First Nations peoples and culture enjoyed what they learned, and 83% wanted to learn even more.

And parents say learning the history of Australia’s First Nations people is more important for their children than studying the Egyptian pyramids at school.

Unfortunately, the findings of the Children’s Voice survey found only one in three had the opportunity at school last year to meet even one person from the local First Nations community.

Professor Tom Calma, AO, from the Australian Literacy and Numeracy Foundation, said, “The findings show a genuine hunger from both parents and children themselves to be authentically taught more about the country’s Aboriginal and Torres Strait Islander histories, cultures and languages.

“Wouldn’t it be great if the local First Nations language for ‘hello’ rolled off our children’s tongues as easily as Bonjour or Ciao?” he said.

"I am Aboriginal but we only have a painted wall and a room to visit. We do acknowledge in our assembly but that's it," said Lacy from SA who is in Grade 5.