The Coalition of Australian Principals (CAP) has been created to address the difficult and dangerous nature of the job. 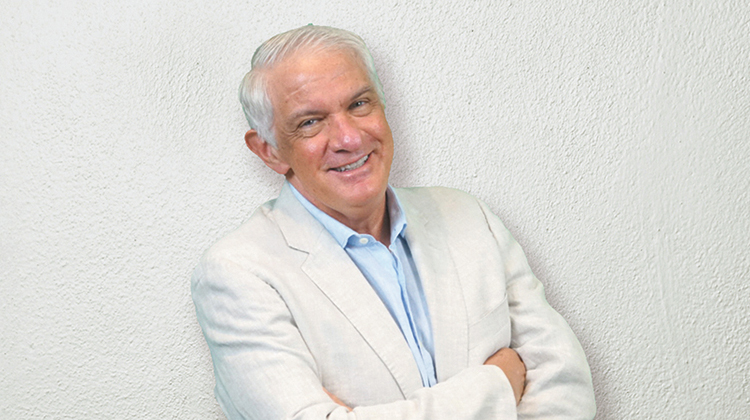 Principals are needed but also abused.

Principals are doing it tough, it's a high work load, high stress job with elevated levels of physical threat and often with very little support.

So, the major Australian school principals’ associations have united to create the Coalition of Australian Principals (CAP) to address the travails of the work and the decline in those wanting to become school leaders.

One key recommendation was for the peak bodies representing Australia’s principals to collaborate and speak with one voice to governments and communities.

CAP is co-convened by Andrew Pierpoint, president of the Australia Secondary Principals Association (ASPA) and Malcom Elliott, president of the Australian Primary Principals Association (APPA). Mr Elliott, who has worked in the industry for the past 43 years, said the need for one unified voice is needed to drive change and have much-needed conversations as the conditions facing today’s principals are worsening, as evidenced by the survey.

“Sadly, the results of this year’s survey didn’t surprise. I wished the data showed a significant improvement for Australia’s principals, but it didn’t,” Mr Elliott said. “Instead, it reconfirmed our worries about the extreme work intensification, resource insufficiency and mental health issues experienced by our members.

“We’re also deeply concerned about the next generation of school leaders and what we need to do regarding succession planning. Over the past 10 years, we’ve seen a steady decline of applicants for the principal role and not enough attention has been paid to this.

“This is why the Coalition was created so like-minded individuals could work together to drive change and raise awareness, while also share key knowledge and learnings from those at the coalface.

“To have such a collective of peak professional associations standing up for education and our leaders is a powerful step, and we’re all proud of this move,” Mr Elliott said.

One of the first initiatives of CAP is the development of Broadcast, an interactive program delivered in partnership with an independent resource that streamlines wellbeing content for school communities, SchoolTV. The Broadcast platform has been developed by SchoolTV in close consultation with CAP.

Broadcast will provide ongoing and regular surveys and research, wellbeing support and communication for principals. It will encourage a national conversation about what needs to be done to fix and address some of the key areas. Overseen by one of Australia’s leading psychologists and SchoolTV presenter Dr Michael Carr-Gregg, Broadcast will act as a central communication hub for Australian principals.

“School leaders, as a group, are at risk of fatigue, mental health decline and burnout,” Dr Carr-Gregg said.  “More than 70 per cent of school leaders are aged over 50 years and more than 25 per cent aged over 60 years, close to retirement, the increasingly complex role of principal has become far less attractive to aspiring educators.”

“Something needs to be done now and fast. Broadcast will provide a strong platform for principals to engage, learn and connect. It will highlight key issues and conduct ongoing research during the year to capture new data to complement the national survey released this week.

“This will encourage a national conversation about what needs to be done to fix and address some of the key areas.

“The regular research will go a long way to having current and ongoing conversations about the mental health of our principals and show vital statistics from the national community of school leaders.”

Mr Elliott said Broadcast will give the sector an opportunity to respond and get information out quickly to the public domain and to key decision-makers.

“Decision-makers need access to real and current data and Broadcast will be able to help with this and continue the conversation raised by this week’s survey,” Mr Elliott said.

“There are multiple issues facing school leaders today and Broadcast will drive greater dialogue, shared conversations and more data, which will have the highest impact on change and support.”