Stop Blaming Teachers: Students are Responsible for their Learning 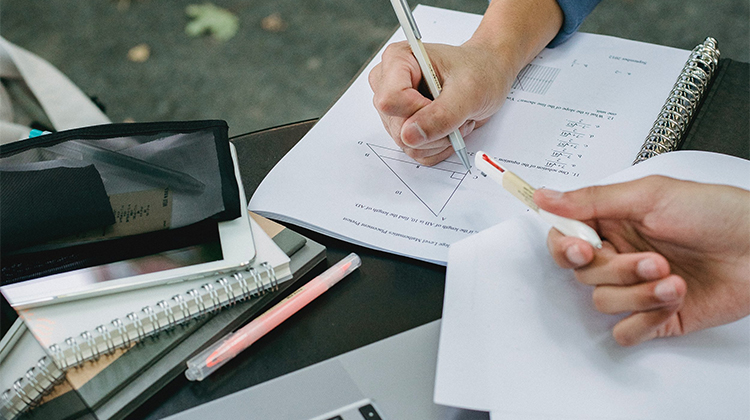 The solution to success lies with learners.

William Glasser acknowledges that “there [are] no doubt…some teachers who are more skilful at motivating than [others; however,] there is no teacher, no matter how skilled, who can teach a student who does not want to learn.” Glasser further contends that there is no point in trying to force a student (or anyone else) to behave or learn. Instead, one has to accept the premise that it is the student who is accountable for his or her own actions, and ultimately it is the student who decides how he or she chooses to behave.

Fundamental Learning Characteristics
Michael Bernard points out that student characteristics that are fundamental for academic achievement are known by a variety of terms: they include: the “learning-to-learn” theory of Barnett, Bauer, Ehrhardt, Lentz and Stollar; the “keystones for classroom learning” of Stott: the “academic self-regulation skills” of Zimmerman; the “learning behaviours” of McDermott; the “academic enablers” of DiPerna and Elliott; and the “approaches to learning” of Rock and Pollack.

All of these terms explore ways in which students can become independent and self-managing learners. who are, according to Bernard actively “engaged in [their] classroom learning activities” on a daily basis. The key words here are self-managing learners. Teachers, coaches, instructors, tutors etc., present information, provide feedback, offer directions. It is the receiver of this information and knowledge that is responsible for the engagement that leads to learning gains.

Pursuant to this concept, Bernard points out that researchers have also “identified a range of attitudes and behaviours for learning that students [need] to possess to be classified as learners and ‘achievers.’”

According to Bernard, if these attitudes and behaviours were not present, they would not be achieving as well as they could. To become a competent learner, Bernard proposed that students needed to constantly apply the following self-directed and self-managing competencies:

This is very much about self-motivation. Self-motivation includes the action of engaging in the presentation of positive communication skills, this includes having good body posture; not interrupting the speaker; not being defensive when direction, advice of feedback is offered; not blaming others for what you are doing (or not doing); using a positive tone of voice; and exercising active listening skills.

Active listening skills requires the listener to interpret; understand and evaluate what they hear, without interruption and without immediately putting forward a contrary point of view. Other specific self-directed positive learning behaviours identified by Bernard include the following:

Behaviours for Learning
Citing Paul McDermott Bernard notes that “behaviours for learning refers to a range of skills that students use during instruction that help them to maintain focus and to be engaged in the learning activities set out for them by their teachers.” These “behaviours for learning” are behaviours that one can see. Added to this there usually also presentations of behavioural patterns that students exhibit as they move toward and commence their self-motivated “classroom-learning tasks. Specific learning behaviours include initiative, cooperativeness, engagement, confidence and persistence”.

Academic Self-regulation
According to Bernard, citing David Zimmerman, academic self-regulation is: “self-regulated functioning, [that] involves self-generated thoughts, feelings, and behaviours that are planned and cyclically adapted [that are] based on performance feedback in order to attain self-test goals.”

The opinion is that this is the process where the students are provided with “self-generated feedback, such as receiving a test grade from a teacher or developing self-quizzes to monitor learning during studying and to evaluate and adjust their methods of learning.”

Interestingly, in terms of the association between learning and behaviour, Bernard reports that the research undertaken by Cleary and Zimmerman; and Zimmerman and Martinez-Pons “discovered that a major cause of academic under-achievement [was] the inability of students to control their own learning behaviour.”

This statement, by Bernard that academic under-achievement occurs because students are not able to “control their own learning behaviour,” is to say the least, considering the ideas and research presented in Responsibility Theory® by Ragnar Purje, is contentious, because Purje contends students are responsible for their thinking, behaviour, choices and learning.

The literature in this area signifies that changing a negative behaviour to a positive behaviour is not an inability on the part of the student; it is a conscious and deliberate choice. In Choice Theory Glasser affirms the following:

Anita Woolfolk also confirms this point of view by noting that it is the student who must engage in the learning process to benefit from the information that is being presented. This means students are not only responsible for their own learning, but they are also the masters of their own educational and personal destiny, which means the “responsibility and the ability to learn [remains] within the student, [no one can actually] learn for someone else.” The intention, the action and the engagement in learning is a self-directed and self-motivated journey of the self, by the self, for the self.

This is supported by Cathleen Stasz who made it known that when it came to work-related attitudes, the classrooms where effective learning was taking place were classrooms in which the students were presenting positive attitudes and displayed self-motivated academic engagement, and in which teachers “stressed the importance of students taking responsibility for their own learning.”

Expanding this further, specific in relation to the principles and practice of academic self-regulation, Bernard, citing Zimmerman (1999), is of the opinion that academic self-regulation “involves self-generated thoughts, feelings, and behaviours that are planned and cyclically adapted based on performance feedback in order to attain self-test goals.” This is very much about a student taking responsibility for one’s learning and behaviour.

The contention here is that the practice and application of academic self-regulation provides the cognitive means that helps students to consciously evaluate their thoughts, feelings, and behaviours, and to then consciously adjust and regulate their thoughts and behaviours accordingly. One could argue here that what this is all about is self-responsibility and personal choices.

These decisions and choices is also about harnessing what Bernard citing Zimmerman and others, and also Myron Dembo and Martin Eaton refer to as the six intrinsic dimensions of academic self-regulation, which lead to and ultimately “contribute to academic success” (p. 4). According to Bernard the six academic self-regulation dimensions are: “(a) motivation, (b) methods for learning, (c) use of time, (d) control of social environment, (e) control of physical environment, and (f) performance (monitoring and self-correction).” All of which, it seems, has the potential to create students who are academic enablers.

Academic Enablers
Academic enablers, according to Bernard, citing James DiPerna and Stephen Elliott, “attitudes and behaviours that allow a student to participate in, and ultimately benefit from academic instruction in the classroom.” In this Bernard identifies four academic enablers that have been found to contribute to “academic skills, development and achievement” (p. 4). These four academic enablers are: “(1) motivation (intrinsic; self-efficacy), (2) social skills, (3) engagement and (4) study skills.”

Bernard also claims there is “an expanding evidence base [that] suggests that these enablers may exert a causal influence in promoting higher levels of academic achievement.” Citing DiPerna, Bernard wanted to discover which four academic enablers (intrinsic motivation; social skills; engagement; or study skills) exerted the most influence on student behaviour and academic performance.

Further to this power of intrinsic motivation, Glasser argues that it is an individual’s intrinsic motivation and personal attitude that has the most influence over what the individual will do, say, choose, learn and achieve. By examining and reporting on student behaviour and student attitudes in relation to their learning outcomes, Glasser found that unless a student was personally motivated to behave and learn, there really was very little anyone else could do except offer advice, but inevitably it was the student who was responsible for their behaviour and learning.

There is a universal principle in place here, society needs to stop blaming teachers if students are not achieving their grades, the responsibility of learning rests with the personal motivation and the self-directed, self-regulated and self-management application of the student.

Ragnar Purje will present a session; Responsibility Theory, Who’s got the power? at the Diverse Learners Symposium, 5 & 6 August 2022 at the Brisbane Convention & Exhibition Centre