An Australian regional school will get a $100,000 grant to put towards a world-class communications system connecting to Starlink. 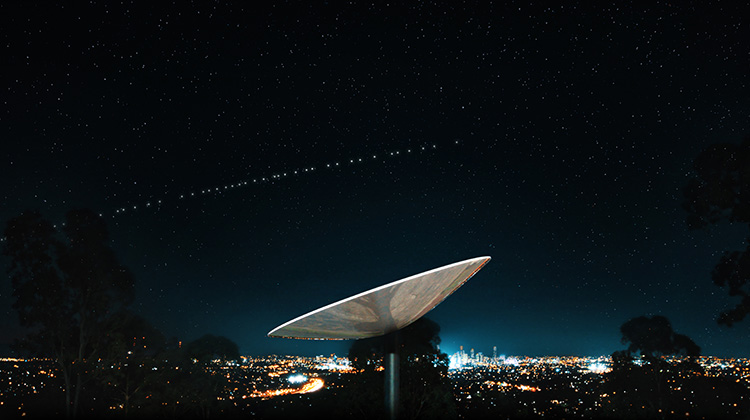 The internet is bad in regional Australia but SpaceX’s Starlink high-speed satellite network, linked to tech billionaire and entrepreneur Elon Musk is changing all that.

Partnering with Australian telecommunications provider NetVault along with global networking hardware and software manufacturer Cisco, an Australian regional school will get a $100,000 grant to put towards a world-class communications system.

Rural communities can have access to speeds of 50 to 150 Mbps, with latency (time taken for signal to travel between satellite and user) of just 20 – 40 milliseconds.

By comparison, the average broadband speed in rural and regional Australia using the NBN’s Sky Muster satellite network is between 10 and 20Mbps, with a latency 500 – 600 milliseconds.

Applications are open to any school in Australia that has students or staff in regional areas, at least 50km from their nearest capital city, with the competition closing on May 30 2021.

It is the first time Starlink technology will be deployed to a community within Australia.  Codenamed Project Halo, NetVault approached SpaceX and Cisco with a vision to gift students, teachers and families in regional Australia with high speed, low latency Internet, putting them on par with top tier city schools.

The grant covers Starlink terminals for the school itself, a select number of students, teachers or local community members, along with Cisco Video conferencing hardware and software.

Using NetVault’s unique technology, the winning school will be able to connect reliably with Starlink satellites to experience internet that is up to 15 times faster than the National Broadband Network (NBN) satellites.

NetVault Senior Systems Consultant Radek Tkaczyk said he made the call after realising how many rural students in Australia were at a disadvantage due to an inability to access high quality internet.

“NetVault was first in Australia to deploy standalone Starlink terminals to end users on April 12 2021, when the units first started shipping from SpaceX,” he said.

“NetVault again has the opportunity to be the first in Australia to use this technology at scale. The technology from SpaceX has already made its mark on the global market for providing superior connectivity, with its satellites positioned much closer to earth than those used by the NBN.

“NetVault boasts technology that has the ability to connect with these satellites and the Australian 4G LTE network in remote areas, maximising speed and minimising drop-outs.

“Most users experience dropouts or buffering during video conferencing calls when latency is above 150 milliseconds.

“Project Halo will greatly benefit regional Australia, and will be deployed in an area where access to high-speed broadband has been unreliable or completely unavailable."

Mr Tkaczyk said Project Halo was made possible due to a unique combination of technology.

“We simply couldn’t run Project Halo on NBN Sky Muster – it just doesn’t have the same capacity to deliver low latency and high speed due to the limitations of the current technology,” he said.

“NBN Sky Muster satellites are positioned some 36,000km from earth in a geostationary orbit, while Starlink satellites are in a low earth orbit and only 550km away, which makes a huge difference in terms of performance.”

“SpaceX is also the only company in the world that has access to re-usable rockets that can be deployed multiple times to launch satellites into space where they are needed, which delivers both time and cost efficiencies.”

“NetVault is the first company in Australia to deploy ‘Dishy McFlatface’ which is the nickname for the satellite dish which communicates with Starlink satellites, with 1,200 currently in orbit over Australia moving at 27,000km per hour.

“NetVault will integrate with the Starlink system by directly linking the Starlink network back to the NetVault fleet of 10 data centres located around Australia.

“This means that if, for a few minutes, a Starlink satellite is not within range or is out of service temporarily, users will be automatically failed-over to the standby 4G LTE circuit in under one second, so their service is not interrupted and remote learning is unaffected.

“There is no failover like this currently available for most remote users, who would be forced to wait for the service to reconnect and start their video or voice call again.”

Eligible schools would need to provide a 500-word submission about how the grant would benefit their school and community, with video submissions supporting their written submission strongly encouraged.

“Rather than hand-picking a school, we want to go out to the community to learn where this technology is really needed,” he said.

“The grant isn’t just for the school – we’ll also be connecting up to 30 homes which could include private access for teachers and students, and the Project Halo grant will be covering 12 months of high speed internet as part of the package."