Solar powered computer labs have been popping up in some of the world’s most remote places, bringing STEM learning to disadvantaged communities in South Africa, Ethiopia, Colombia and soon regional Australia. 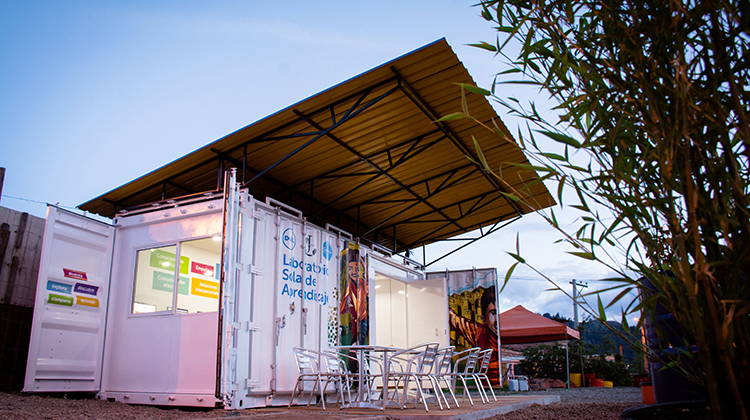 Solar powered computer labs have been popping up in some of the world’s most remote places, bringing STEM learning to disadvantaged communities in South Africa, Ethiopia, Colombia and soon regional Australia. It will be the first of five Dell Solar Labs earmarked for Australia by 2030.

The labs, are built from two refurbished and insulated shipping containers, and can be placed in almost any location, providing comfortable, well-equipped classrooms that are powered by self-generated solar energy.

The dual container configuration will accommodate up to 25 students with 10 dedicated student workstations plus one for the teacher in one, and an open classroom space for learning in the other.

Dell Technologies will provide workstations and laptops, which will be refreshed over the lifespan of the products. Dell Technologies and ComputerAid will also design a complete learning program that will include the International Computer Driving License (ICDL) methodology to encourage computer literacy, tailored to the needs of the community.

The solar system will have a minimum set up of 1.5 KW power including 6x 265watt panels and Lithium ion batteries, but if extra power is needed this can be increased by adding additional panels and batteries.

“Our Solar Learning Labs provide the best technology and educational programs to the people that need it most and deliver a message of inclusion and a tool for positive transformation. We have a collaborative approach and other partners and companies are welcome to join this program," says Alejandro Espinosa Llano, Computer Aid International’s Solar Lab Program Manager.

The labs have provided access to technology for almost 17,000 students, are owned by the communities themselves and function after hours as internet cafés.

The labs’ exteriors are often decorated by the community and create work and other opportunities, extending the reach and impact of the labs beyond the students.

In Cazucá, Colombia, the Tiempo de Juego foundation is a local NGO supporting young people in marginalized areas through sports and educational after-school programs. It has expanded the capabilities of solar lab beyond computer skills to include video and photo editing, audio-visual creation and journalism. With donated 3D video cameras, Dell Technologies digital canvas and video editing equipment. It has developed a production studio that funds ongoing costs and other programs in the Solar Lab.

There are 100 labs planned for the next decade, with funding already allocated for labs in Brazil and Egypt and a third Mexican lab. The Australian Dell Solar Learning Lab joins 21 labs already delivered across Africa and Latin America.

“We take access to computers and the internet for granted, but just under half of the world’s population do not have it. In a land as big as Australia, we have work to do to give remote communities the same opportunities as other students. The Australian Solar Learning Lab is an important step in Dell Technologies’ commitment to use our technology and scale to advance education, health, and economic opportunities for 1 billion people by 2030,” says Angela Fox, Dell Technologies Senior Vice President & Managing Director, Australia & New Zealand.

The location of the first Solar Lab is still to be determined, with Indigenous communities in Queensland, Western Australian and Northern Territory currently under consideration. According to the Closing the Gap Report 2020, school attendance rates in the Indigenous community are 82 per cent, 10 percentage points lower than the non-Indigenous population. That gap widens significantly in very remote areas, where attendance is just 61 per cent and has declined 5 percentage points since 2016.