Shergold and Gonski’s problems with education

David Gonski and Peter Shergold see a few things that subtract from the quality of education in the country. 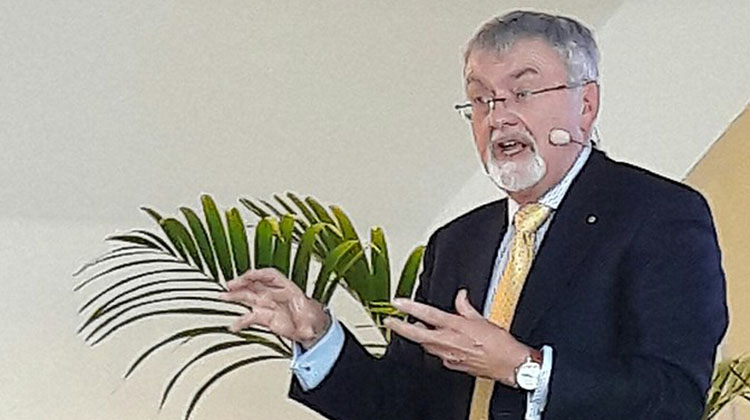 David Gonski and Peter Shergold see a few things that subtract from the quality of education in the country.

The progression from school to higher education and on to the workplace is the default pathway for most, but the problem is the three are siloed and there is little if any interaction between them.

And while ATAR is important, the assessment of students at Year 12 should be broader and incorporate life experience which will help the creation of better rounded, work ready citizens.

The disparity in access to technology, highlighted by the virus situation and the rapid move towards remote learning, is another problem faced when trying to progress how education is delivered.

“I think about all those who had to be taught remotely in places where they had to share technology or may not have had good quiet areas to work with, they may not have had instruction from teachers who have been given instruction on how to use remote learning, how to prepare lessons in the best way,” Gonski says.

David Gonski believes that opening the lines of communication between education and industry would result in a far more effective system.

“From now on the school gate is much more diverse than just the gate at the end of the school playground.

“I have advocated for a long time for more involvement community wise within the school to help disadvantage, I believe very strongly that we need some link with the local businesses or even the bigger businesses.”

That would assist those who don’t have the contacts that might lead to employment and give the less advantaged students access to mentorship, which would also help in their overall learning.

“We need to work more diligently to open up our thinking that schools need help, that they are in my opinion the fulcrum of a good community and the disadvantaged in there can prosper if the society helps out,” he said.

Peter Shergold, Chancellor of Western Sydney Uni says that the opportunity is now to make remote learning or blended learning part of what is done at secondary schools.

“It is a way that you can introduce students to a much bigger world of micro courses and micro credentials and capture their passions and interests, but I share David’s view that to do this we’ve got to tackle the disadvantage to some students in moving to remote learning.

“If your parents have been pretty poorly educated and are low skilled it is much harder to support a child at home, we have to tackle the digital divide inherent in remote learning at schools.”

Shergold thinks that ATAR’s focus on a number is too narrow and fails to incorporate what students may have learned informally.

“The way ATAR is presently used in schools is profoundly distorting the educational experience, this focus on judging someone on a single number, a number that is intended for ranking.”

Shergold is about to release a study on the school leaver process, commenting, “I think we’re the only country we found in the world that brings it down to a single number.”

“That is distorting what is happening in the final years of education at schools and is distorting choices. One of the problems we have in schools is that the level of pastoral care is much better than it was a few years ago but the level of career guidance is much worse than it used to be 10 or 15 years ago."

If students want to pursue and academic pathway that is to be encouraged Shergold said but, “don’t do as we do now and to make those who choose a trade approach or a school based apprenticeship second best, because that’s how most students see it.”

He would like to move to a high school certificate which still captures ATAR and a range of academic subjects but also incorporates a learning profile which includes not just what a student has learned at school but what they have learned outside.

“I would love to see that range of learnings incorporated in preparing a young person for the future, not just for the labour force but also for active citizenship,” Shergold said.