The Federal Minister for Education Simon Birmingham has announced that the Islamic College of South Australia will not receive funding after 14 April. The College received $4 million Commonwealth funding in 2016. 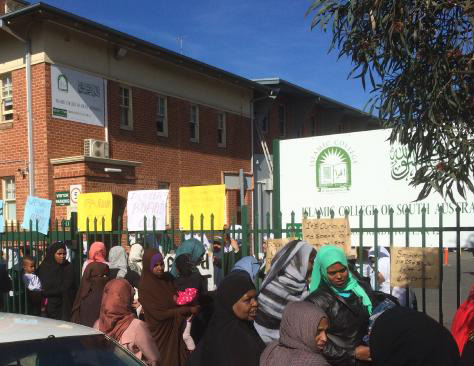 In a statement today Education Minister Simon Birmingham said: "My department has written to the school authority responsible for the Islamic College of South Australia to inform them that their approval for access to Federal funds has been revoked with effect from 13 April 2017 (end of Term 1).

"This means that the Islamic College of South Australia will no longer be receiving Australian Government funding from 14 April 2017.

"It is disappointing that after the number of chances this school has been given and the constructive work the Department has been doing with the authority since November 2015 the school has still failed to meet the reasonable standards and expectations placed on them.

"This decision has not been taken lightly. However the Department was left with no choice. The school authority is not meeting the strict conditions placed on them in April 2016, which included obligations around improvements to governance and financial management and regular reporting on progress in making the required changes.

"School governance should be of the highest standard and funding should be exclusively used for the education and welfare of students. The Australian Education Act 2013 requires, amongst other obligations, that all school authorities operate not-for-profit, be financially viable, be a ‘fit and proper person’, and ensure that funding provided is used only for school education. All school authorities in Australia are required to meet these requirements in order to receive Australian Government funding.

"It is frustrating that after all this time the school is again in a situation where there have been multiple resignations from the Board as recently as last week – including the resignation of the Principal.

"There has been a constant turnover of Board members at this school since 2015. As the entity responsible for the school, the current board must take responsibility for all decisions past and present.

On 30 January 2017, the department received a submission in response to the most recent notice to ASSL, which was issued in December 2015. ASSL’s submission was received with the authority’s last quarterly report for 2016, which was due on 31 December 2016.