RockFest a leg up for young musos

It’s a long way to the top if you want to rock and roll but here’s a big first step, RockFest looks to uncover budding rock musicians offering exposure, prizes and a memorable experience to participants. 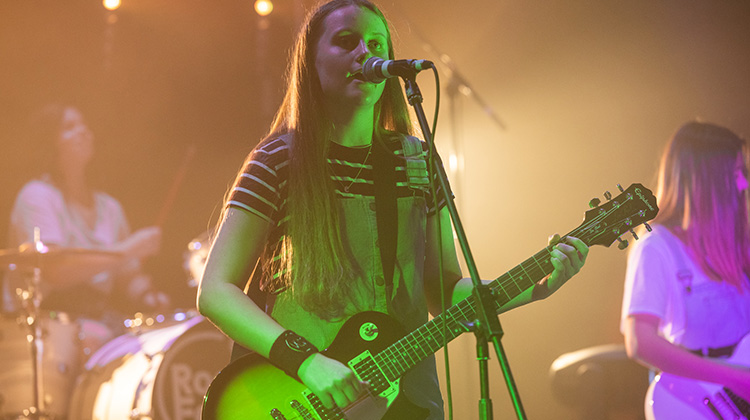 It’s a long way to the top if you want to rock and roll but here’s a big first step, RockFest looks to uncover budding rock musicians offering exposure, prizes and a memorable experience to participants.

Aimed at primary and secondary music students RockFest has grown steadily from one show with four bands 10 years ago to a nationwide event with over 120 acts last year.

Lucas Travers came up with RockFest after seeing the lack of appropriate outlets for school students to play contemporary music. He saw that there were plenty of avenues for students who wanted to be involved in concert bands or jazz bands but nothing for rock kids.

“I think it's important to add this is just not rock music, we get all styles from reggae, metal, funk, pop ....you name it and I’ve seen it performed,” Travers says.

The event does not make money in any way shape or form and any profit just goes into making the event bigger and better. This year, RockFest has expanded to Newcastle, thanks to the help of the Newcastle Con, and Adelaide.

“Rockfest brings so much to the table for the participating students, self-confidence is probably the biggest one especially for students who are participating for the first time who have never walked on to a stage before in front of a crowd.

“Then, as they progress in their musical journey RockFest offers them the chance to Improve songwriting, stagecraft, technical ability, understanding and acceptance of outcomes good and bad and also some self-discovery.

“I do have to stress, even with all the prizes and awards on offer this is more about getting up and having a go. Prizes and awards are great, but the real fun is being up on stage performing music with your mates. I haven't ever had one student in 10 years come to me and say they did not have fun. So that's why we keep it going,” Travers says.

“I think all our past winners have been some of the most talented individuals I have ever come across. As the event grows I’m sure we will see some of these names on our TV screens. Last year’s winners Nanna Klump just played at a massive Festival in Coffs Harbour headlined by The Hilltop Hoods.”

Judges are looking for song choice, technique, tuning, creativity, originality and stage presence. Judges for this year are still being finalised but Tim Burton from the Melbourne band The Diecasts and Education Specialist at Cranbourne Music will be the National Judge again. He will be at every event this year including the final.

RockFest will have guest Judges at every event this year. In the past, judges have included Phil Jamieson (Grinspoon), Stevic Mckay (12Ft Ninja) and Jason Singh (Taxiride).

There are over $10,000 worth of prizes on offer for schools to win and school bands could be flying to Melbourne later in the year to compete against the best acts in the nation.

Categories
Junior Bands – Will now be for Regional Heats only, Junior Bands will not go through to the National Final. They will still receive awards at the heat stages but there will be no progression after that.  Juniors will now be for years 7 and 8 Students.

Senior Bands – seniors will now be Years 9-12. The winning Senior Band from each Heat will progress to the National Final on Sept 4th.

Solo Act – The Best Solo Act from each heat will go through to the National Final.