New psychology research from ANU has found that 'school identity', the feeling of being connected and belonging to a school, can lift student NAPLAN scores by as much as 10 points. 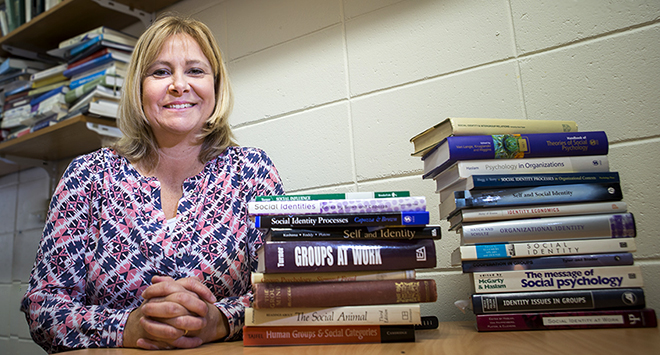 Ahead of NAPLAN results due to be released on Tuesday, new psychology research has found a surprising new factor that can lift student NAPLAN scores by as many as 10 points.

Prof Kate Reynolds from The Australian National University (ANU) found that 'school identity', the feeling of being connected and belonging to a school, made a difference along with other known performance indicators such as socioeconomic circumstances and education levels of parents.

Reynolds, from the ANU Research School of Psychology used data from a School Climate and Social Identification survey to identify the best factors for predicting academic performance.

"Parental education makes a difference, socioeconomic circumstances make a difference, but the other variable that emerged as being important was this sense of belonging and connection to schools," Reynolds said.

"School identification was an important and significant predictor of performance. On average it's able to lift students' performance by about 10 points on NAPLAN, that's after we take the other variables into account."

The research looked at the social identity approach, the idea in social psychology that a person derives a sense of self through the groups they are a part of.

"When students feel connected to a school, they are more likely to view their school's norms and values as being self-relevant," Reynolds said.

"They're more likely to want to live up to the aspirations of the school."

"We know student-teacher relationships are important. If students believe teachers care about them, understand them, and respect their views, this helps build a sense of school identity," she said.

"We also found schools investing in a clearly articulated sense of shared mission was an important step to getting people on board.

"It's about schools communicating their values, and why they do the things they do. It's hard to feel connected to a group if you don't know what that group stands for."

Professor Reynold's research looked at 400 year 7-9 students from across all ACT public schools.

The research has been published in School Psychology International.