If girls aren’t supposed to be into tech someone failed to inform the 2000 plus who attended Go Girl, Go For IT, a record number. 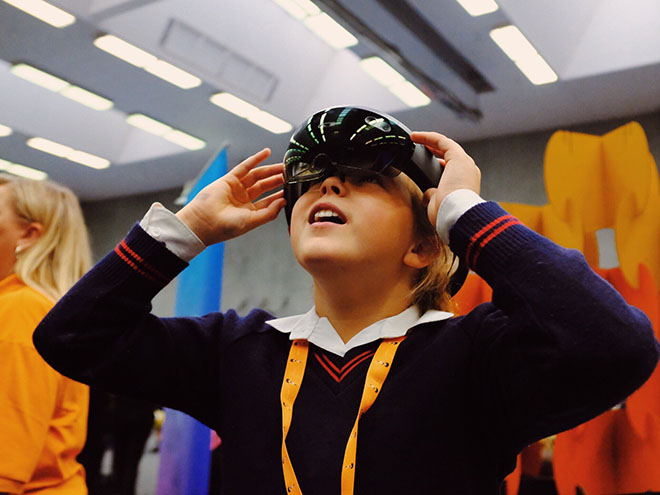 If girls aren’t supposed to be into tech someone failed to inform the 2000 plus who attended Go Girl, Go For IT, a record number.

The biennial event which aims to inspire female students to consider a career in IT saw over 2000 school girls from 73 Victorian schools get hands on with the latest tech, learn about exciting career opportunities and hear from female role models.

The students were shown how to make a voice activated app with Alexa, learn about robots in banking with Robogals, 3D car design, digital aviation as well as ethical AI. They also heard from leading women in the field, including tech entrepreneur, Ally Watson, founder of Code Like a Girl, who believes that having visible role models in tech is as equally important as showing them the tech itself.

Watson said, “When a girl closes her eyes and pictures a successful developer, they’re going to picture a Mark Zuckerberg or Steve Jobs – always a man. I often say ‘you can’t be what you can’t see’, so it’s really important for me to simply be visible to the girls attending; to share my story and insights into my career and study in computer science and show them that yes, girls can do this. That there’s such an exciting career for them in tech if they want it.”

Katie Brennan, Western Bulldogs AFLW captain, TOYOTA ambassador and panel workshop motivational speaker said, “I believe the Go Girl Go for IT event is really important just to empower young women to go after their dreams and not to be scared of male dominated fields. They can always pave their own way and that it’s really important to continue to dream big and to work past any barriers that they have in life. It’s always worth it."

Studies show that only 3% of school girls are considering an IT career and only one in four Australian IT graduates are female. And despite a 70% growth of ICT jobs since 1996, women account for only 16% of ICT roles in Australia. With the demand for digital skills on the rise, it's more important than ever to encourage more females into STEM careers. The Go Girls Go For IT event aims to close the gender gap by fostering an interest in tech at an early age.

Travis Cartwright IT Leader at Echuca Primary School, first time attendee to the event said, “Being a country school over three hours away – there are not many opportunities for our girls to access anything like this. Girls at our school are not exposed to ICT skills especially in realising where they need to use them and how most careers are impacted by ICT. This was emphasised by the speakers we had today, that anyone can do it and you are only limited by your ability to get there and give it a go.”

Fi Slaven, Program Director, Go Girl, Go For IT, said, “Each year Go Girl, Go For IT gets bigger and better. This year we had a record turnout of over 2000 girls from Years 5 to 12 which was just incredible. We’ve learned a lot from this year and are already thinking of ways we can make the 2020 event even bigger.”