Psychosis: Supporting the Emergent Psychopathic Students in our Schools

Teachers believe that the precursors of serious psychiatric behaviours are exhibited in school-based behaviours well before the medical and psychological fraternity are permitted to formally label these psychiatric conditions. And, in many cases, the teachers cannot get psychological support in their classrooms because the behaviour is labelled as a behavioural issue, not a psychological issue. Consequently, teachers are expected to ameliorate the student’s aberrant behaviours within the parameters of teacher training.
Dr Neil MacNeill & Ray Boyd (Educators) 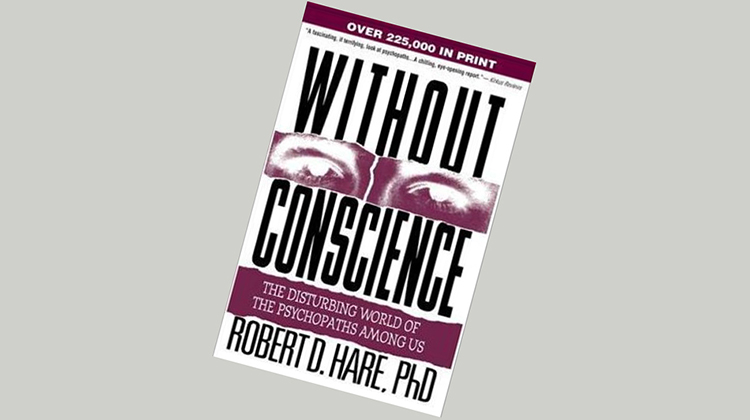 Teachers are in a unique position to identify psychopathy early but find themselves hamstrung in their ability to take action.

The social and professional media have picked up the explosion of interest in psychopathy. Enter ‘psychopathy’ into a YouTube search and pages and pages of clips appear, and surprisingly, many of the items are about psychopathic children and teenagers. A problem that we face in schools, is that teachers feel compelled, without either training in the field of psychology or an understanding the psychological background, that they should successfully address psychologically aberrant students’ behavioural issues. Unfortunately, psychological health professionals who should be offering support for teachers and the other affected students in the case of this behaviour, exacerbate this by operating behind a dated Code of Practice that prevents the labelling of such behaviours until the individual turns 18 years of age.

Teachers, students, and school staff can see the precursors of serious aberrant behaviour well before its psychiatric bases can be acknowledged. A point that MacNeill and Boyd (2021) made regarding teachers’ abilities to identify ‘key behavioural markers that quickly raise the red flags of alarm within’ their classrooms. As a result, innocent classmates are exposed to violence that their families would normally work to shield them from, and the teachers excoriate themselves because they cannot protect their students and cannot change the behaviours that endanger other students. Teachers believe that the precursors of serious psychiatric behaviours are exhibited in school-based behaviours well before the medical and psychological fraternity are permitted to formally label these psychiatric conditions. And, in many cases, the teachers cannot get psychological support in their classrooms because the behaviour is labelled as a behavioural issue, not a psychological issue. Consequently, teachers are expected to ameliorate the student’s aberrant behaviours within the parameters of teacher training. On this matter, school staff find themselves caught between a rock and a hard place.

Same Old, Same Old
In the case of badly behaving students, behaviour is traditionally addressed at the classroom, and then the school level before specialist, external services are deployed by the system within which they operate. In the early days, as the problems increase in intensity, classroom teachers are often run ragged until the behavioural focus shifts from the teacher’s actions to the student’s motivators. This delay in the early identification of young students with increasingly severe psychological-behavioural problems takes an unfair toll on early childhood teachers who find themselves in the firing line during a time when establishing the foundational skills for a successful education journey are a priority.

So, after the usual list of unacknowledged trauma to student bystanders, and physical and mental injury to school staff, the external behavioural specialists arrive with bags filled with Skinnerian rewards. Many of our troubled students get used to the reward system quickly, and after a while it is of no interest to them, even though the rewards become more and more expensive. A point made by Kohn as far back as 1994 when he noted that ‘…at least seventy studies’ have ‘shown that people are less likely to continue working at something once the reward’ is no longer of value to them. For the school-based staff this is not unlike the two rats in the Skinner Box claiming to have trained the psychologist to give them a reward every time they press the bar. Who is training whom?

Robert Hare (1999, p.160) understood the problem that teachers and schools faced. He said:

‘Most of the children who end up as adult psychopaths come to the attention of  teachers and counsellors at a very early age, and it is essential that these professionals understand the nature of the problem they are faced with. If intervention is to have any chance of succeeding, it will have to occur early in childhood. By adolescence, the chances of changing the behavioral patterns of the budding psychopath are slim.’

Hare acknowledges that many mental health professionals are reluctant to apply psychiatric labels for fear that consequent behaviours are seen as self-fulfilling prophecies.

This lack of a consensual approach by psychologists and psychiatrists fails many of our most vulnerable students, while adding to the residue (MacNeill & Boyd, 2021) of emotional stress of teaching staff, both of which are unforgivable.

Identifying Psychopathic Tendencies
The number of psychopaths in the adult population vary between 1: 100, and 1: 200, but this variation in percentages of the population comes back to the authenticity of the identificatory measurements in the first instance. It must also be remembered that not all psychopaths are dangerous criminals nor threats to societal norms, and the intent of this paper is to be able to offer targeted interventions to change the identified students’ life trajectories which benefit both the student and the community in which they reside Surely this underpins the moral purpose of schooling.

Hare’s (1970s) identifying checklist has two parts: the part that deals with unfeeling victimisation; and the second part that examines an antisocial, unstable lifestyle. There are 20 criteria, and each criterion receives a 1 rating for a light response, and a 2 for a heavy response. Scores of over 30 are considered significant.

Please mark present, unclear, or absent regarding each of the following personality traits or observed behaviors (PCL-R):

Psychopathic Students as Victims
The term psychopathy has such negative, pejorative connotations that anyone labelled psychopathic is genuinely feared. However, not everyone with psychopathic tendencies, as we have already stated is a threat to society’s norms, and as educators we need to be able to develop programs to allow these students to lead normal, inclusive lives. Thus, avoiding the collateral damage that presently exists with the supports currently available to school personnel. In his concluding remarks in the article ‘The Hidden Suffering of the Psychopath’ Martens (2014) noted:

‘It is extremely important to recognize hidden suffering, loneliness, and lack of self- esteem as risk factors for violent, criminal behavior in psychopaths. Studying the statements of violent criminal psychopaths sheds light on their striking and specific vulnerability and emotional pain. More experimental psychopharmacotherapy,      neurofeedback, and combined psychotherapy research is needed to prevent and treat psychopathic behavior.’

In schools, the behaviours of psychopathic students look different to what we see in Hare’s 20 criteria, and the excellent article by Schiffman and his co-authors tell us to look for students: Seeing, hearing, feeling, smelling, or tasting things that others cannot ; Being distracted by mild or non-existent stimuli (e.g., being more sensitive to lights or sounds); Preoccupation with unusual ideas (e.g., “I will get a deadly disease if I take a shower in the locker room.”); Often saying things that do not make sense (e.g. using incorrect words, excessive rambling; going on tangents and being hard to follow in a conversation); Believing they are exceptionally better than others without any evidence (e.g., “I have a super high intellect”) or grossly distorted perceptions of their abilities (e.g., “I am a world-famous fashion designer.”); Feelings that there is something ‘off’ with others or the world; Feeling as if they are not in control of their own thoughts; Decrease in self-care or hygiene; Showing inappropriate emotion (e.g., laughing at sad things); A significant drop in grades; Extreme fear; Clear changes in sleep or eating habits; Spending more time in their room, altering their room; Spending less time with friends, reporting friends have mistreated them (without evidence), or that others have told them to stay away from them; Spending less time doing hobbies or sports they previously enjoyed; Trouble thinking clearly and/or concentrating in class; Decrease in or lack of motivation; Decreased activity level; and Showing less emotion, or showing little expression or reaction to good or bad events.

What Martens, and Schiffman are saying is that students developing psychopathic behaviours can escape the worst-case scenario of doom with appropriate treatment/support, and with young children who may be on this psychopathic trajectory, society, morally, owes them that chance.

The Future
What the social media is now signalling is that students and young people with psychosis are developing voices. A quick review of the web links for the entry ‘Students with Psychosis’ now directs readers to the Instagram and web resources that offer training, recognition and support. America is showing the way, and clearly, school systems and the governments that oversee them need to move with the times, and potentially even take the lead in this space and galvanise the medical-psychology world into proactive responses that will give the affected students the necessary support. Such a proactive change will make the school experiences for teachers and students more inclusive, more caring, and more functionally appropriate. The question then is, ‘Who will have the courage to do this first, and give a voice to the voiceless?’

References
Hare, R.D. (1999). Without conscience: The disturbing world of the psychopaths among us. New York: The Guilford Press.

Kohn, A. (1994). The case against rewards and praise: A conversation with Alfie Kohn. Harvard Educational Letter, March/April, 5-6.

MacNeill, N., Silcox, S., & Boyd, R. (2021). Martin Bryant and Adam Lanza as examples of the next generation of murderous students in our schools. Education Today. https://www.educationtoday.com.au/news-detail/Martin-Bryant-and-Adam-Lanza-as-examples-of-the-next-generation-of-murderous-students-in-our-schools-4770