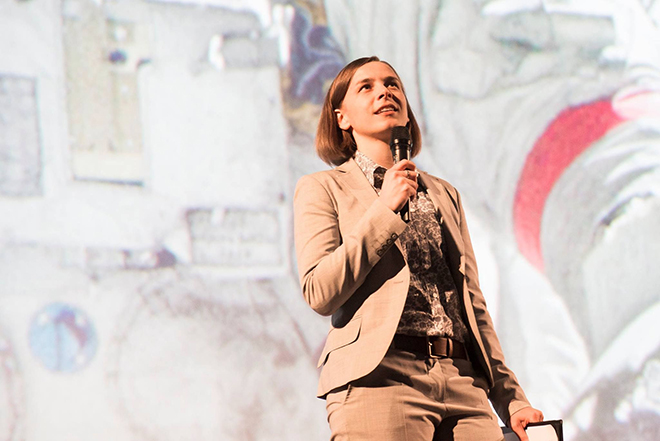 Professor Harvey-Smith is an award-winning astrophysicist, holding a PhD in Radio Astronomy from Jodrell Bank Observatory at the University of Manchester and a Masters degree in Physics with Honours in Astronomy and Astrophysics from the University of Newcastle-upon-Tyne.

She is a public advocate for science and has presented on numerous radio and television broadcasts including ABC Television's Stargazing Live.

She won the 2016 Eureka Prize for Promoting Understanding of Australian Science Research, shared the 2016 CSIRO Chairman's Medal and in 2017 was a mentor for Science and Technology Australia’s Superstars of STEM program. She also supervises PhD students.

In her previous role she led a research group at CSIRO's Australia telescope national facility. Professor Harvey-Smith’s research has been published in more than 40 refereed scientific papers.

Prof Harvey-Smith will spearhead the Coalition Government’s effort to encourage girls and women to study and work in science, technology, engineering and mathematics (STEM) fields on a national scale.

Minister for Industry, Science and Technology Karen Andrews congratulated Prof Harvey-Smith for her appointment in the role.

“As Australia’s first Women in STEM Ambassador, Prof Harvey-Smith will advocate for girls and women in STEM education and careers, raising awareness and driving cultural and social change for gender equity. I look forward to working closely with her,” Minister Andrews said.

“If we can increase participation in STEM by girls and women, we will strengthen Australia’s research, scientific and business capability."