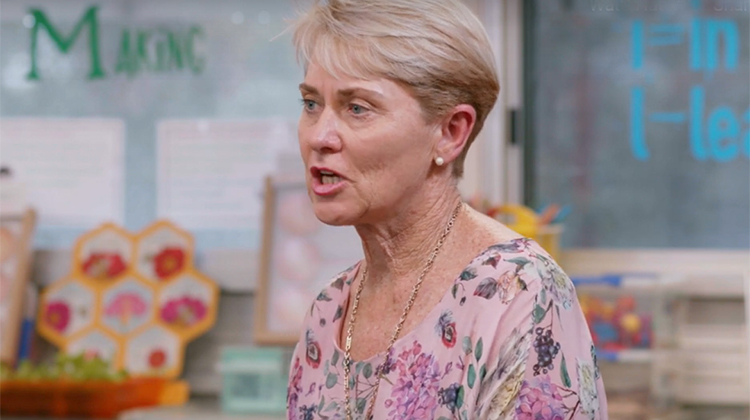 The $50,000 Prime Minister’s Prize for Excellence in Science Teaching in Secondary Schools was presented to Mr Scott Graham, Head of Agriculture at Barker College (NSW).

His initiatives have seen interest in his subject jump and many of his students go on to study science at university.

Graham is changing the way agricultural science is taught at secondary schools by developing unique programs to engage students and emphasise the impact agriculture has on society.

He draws on 12 years of teaching experience to educate students about the importance of agriculture in Australia, and the employment opportunities in this heavily scientific and business-driven field.

Under his leadership, student enrolments in agriculture at Barker College have tripled over the past seven years. The school has more than double the number of Year 12 agriculture students than any other school in Australia. Around 30 per cent of these students have gone on to pursue agriculture-related degrees at university level.

Mrs Hayes’ philosophy is to build the connection between science and its application in the real world for her students. With more than 30 years’ primary teaching experience, she inspires students to think critically, take risks and become ‘agents of change’ for the future.

Hayes integrates digital tools and practices to deliver high quality teaching and learning in science. She also developed and now leads a Professional Learning Team for Science at the school, which has positively impacted student learning outcomes. According to anecdotal evidence, many families seek enrolment at Mudgeeraba Creek State School because of the outstanding reputation of the STEM program at the school.

Evolutionary biologist and virologist Professor Edward C. Holmes from the University of Sydney who played a transformative role in the global scientific response to COVID-19 won this year’s Prime Minister’s Prize for Science.

He received the $250,000 prize for almost 30 years of pioneering research on genome sequencing data, providing invaluable insights into diseases such as HIV, Ebola, SARS and most recently, COVID-19.

Last year, Professor Holmes was the first person in the world to publicly share the COVID-19 virus’ genome sequence. These data enabled scientists to start vaccine design within days.

The Prime Minister’s Prizes for Science are Australia’s most prestigious awards for outstanding achievements in scientific research, research-based innovation and excellence in science, mathematics or technology teaching.