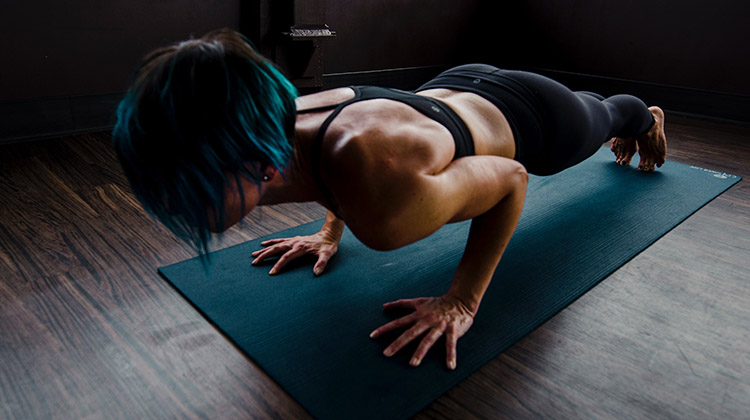 Pressure to perform and the idea that there is something wrong adds to teachers' burden.

Since NAPLAN was introduced more than ten years ago reading and numeracy have improved slightly and writing skills have gone down and despite all the resources that have been invested in our system of education we haven’t hit the lofty heights of excellence we were hoping for. School performance in NAPLAN it is accepted, reflects best teaching practise so teachers and students are under considerable pressure to perform.

NAPLAN was the solution to a declared ‘crisis’ in education so we wouldn’t be ‘left behind’ our international peers. Educational discourse centred on concepts of ‘failure’, ‘crisis’, ‘measurement’, ‘benchmarks’, ‘assessment’, ‘reporting’, ‘good/bad teacher/student.’ Teacher’s professional worth was and continues to be questioned and discussed in the public arena. What makes a ‘good’ teacher? If teachers aren’t ‘good’ then are they ‘bad?’ ‘Bad’ teachers are the cause of falling standards etc. Greg Thompson asserts in his article ‘NAPLAN, My School and Accountability: Teacher perceptions of the effects of testing:’

‘In Australia, one of the key motivations for a national testing regime has been the various discourses surrounding the ‘quality’ of teachers in Australian schools, and a sense of some real or imagined crisis impacting on Australian education.’

Continued and persistent focus on what a ‘good’ teacher is and how can we lift ‘teacher capability’ to teach will weigh heavily on the minds of teachers in every school and in every classroom. An established regime of accountability has promoted what Susan E. Noffke describes ‘a culture of performativity’ in education driven by neo-liberal policies:

‘… the widespread influence of neo-liberal policies which have resulted in a culture of ‘performativity’ (Ball, 2003). One prominent example is the attempt to reduce the parameters of educational work to doing only that which results in gains in the narrow band of standardised achievement test, and the ‘mapping’ of curriculum and instructional strategies against that which is tested.’

Teachers are under pressure to perform according to set guidelines and this can be confirmed in casual conversation with educators in any school setting. I won't expand on the link between neo liberal policies and its effects but suffice it to say I do believe that the work of the teacher is very much linked to an agenda that is far removed from the classroom and the experience of the teacher and learner in the school setting.

The ABC Theory is a philosophy-based counselling model which posits that when something happens (A) there is a behavioural and emotional consequence (C). The children I work with often have an A = C philosophy which says ‘I am angry (C) because she said I couldn’t join in (A)! Ellis said that how we feel and act at (C) can be regulated by how we interpret/perceive/estimate what has happened at (A). This part of the equation (B) alerts us to the cognitive component which drives the strength of the emotion we feel and the kinds of behavioural choices we make.

In the counselling situation we want to help the student move form an A = C philosophy to an A x B = C philosophy or way of thinking. This helps the child/adult understand that he/she is an active agent in making feelings and choosing behaviours.

If a person’s worth is challenged and questioned incessantly either explicitly or by implication this can begin to unsettle a person’s view of self. This in turn will affect how the person deals with difficult and challenging situations, the (A) part of the equation.

Confidence is an essential personal quality that is a buffer, a protective factor against the adversities that we all inevitably are called on to deal with. It is constructed over time and like a wall which is well constructed it will be tested by all manner of assault and if it’s strong it will prevail. However even the strongest of walls can be breached and compromised to the point of failing.

What is confidence? It’s a way of behaving, a projection of a certain sense of comfort with oneself that allows for healthy risk taking to work towards set personal and professional goals. She who feels confident will also deal with adversities constructively. What we see behaviourally and emotionally and which we call confidence is underwritten by an internal, deeply placed habit of thinking/believing. It is what Ellis calls ‘unconditional self-acceptance’ a steadfast belief that one cannot be defined by the opinion of others or how one performs in a general sense. In other words someone’s idea about you does not and cannot define the essence of who you are. Nor can failing at a task define you as a failure. This is the ‘psychological wall’ of self-acceptance constructed over time.

However, the foundations of this belief can be rattled under the weight of persistent judgement and appraisal based on ‘key performance indicators’ in a regime of testing and accountability which is so much the reality of the teaching and learning experience according to many.

Can someone’s idea of self-worth be rearranged, reconfigured under such relentless pressure? It seems this can be the case according to many who feel they are performing to the beat of someone else’s drum. They do not feel in control, they lack autonomy in what they do.  Stephen J Ball in ‘The teacher's soul and the terrors of performativity,’ says that the teacher is left to question her worth as a teacher experiencing:

‘…. guilt, uncertainty, instability and the emergence of a new subjectivity. What Bernstein (2000: 1942) calls ‘mechanisms of introjection’ whereby ‘the identity finds its core in its place in an organisation of knowledge and practice’ are here being threatened by or replaced by ‘mechanisms of projection’, that is an ‘identity is a reflection of external contingencies’ (Bernstein 2000: 1942).’

I regard this ‘new subjectivity’ to mean a shift in the foundation belief of unconditional self-acceptance to a new and shaky assessment of self to be a conditional one. This habit of thinking /believing i.e. ‘I am only OK if … my kids perform well, if my line manager thinks I’m going OK, if the regional director is happy with how the schools heading etc. Self-doubt may creep into her mind about her ability to ‘be’ a ‘good’ teacher. What do her colleagues think of her? Will she be asked to enter into some capability building exercise to bring her up to standard? And how will others view this?

Albert Ellis would say that the teacher has shifted from a position of strong self-worth to one of conditional self-worth where she only feels validated when she meets the expectations of a teaching regime that is laid out before her. What can she do? She can challenge the status quo and articulate her concerns about how things are going and how she feels about things. But how will this be received? She may think that she will be regarded as ‘the problem’ and that she will have to ‘lift her game.’ She will have to lift her level of expertise to that of the ‘good,’ the ‘quality’ teacher. Is there a place for constructive criticism to be expressed without fear of judgement? Is there a sense that what people have to say is valued?

Teacher mental and overall health and well-being is challenged in the present climate of teaching and learning. The culture of performativity can for some, undermine their sense of confidence where their view of self is challenged because the system says they’re in effect no good!

In conclusion concerns are held for personnel at every level who suffer under the weight of the ‘reform solutions’ that have been determined for them in response to the ‘crisis’ we have in education. Tom Bentley and Glenn C. Savage in The Conversation reminds us that:

‘Over the past decade, the policy landscape has become riddled with reform ‘solutions’. These subject students, teachers, administrators and policymakers to mounting levels of pressure and stress. The short-term cyclical churn of today’s politics and media clearly exacerbates these problems.’

Giulio is an ED.D. candidate at the University of South Australia. He is a student counsellor in the public school system and specialises in Rational Emotive Behaviour Education. He is also a consultant to schools in counselling based behaviour education systems in school. He is the author of two self-published teacher/counsellor resources; People and Emotions and Have a Go Spaghettio! both endorsed by Dr. Albert Ellis, creator of Rational Emotive Behaviour Therapy.