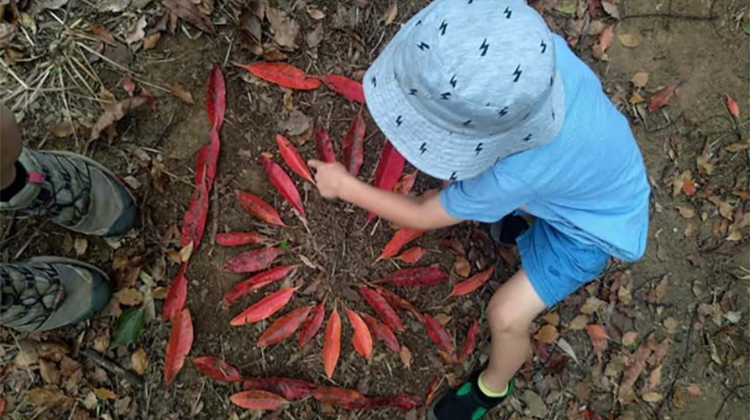 Bush schooling and nature play for littleies is fun for them but a new framework introduces some rigour and monitoring of its effect with an eye on improving STEM learning.

Southern Cross University research has focused on mapping the teaching of scientific concepts through nature play in early childhood education.

Project leader, Professor Amy Cutter-Mackenzie-Knowles, Executive Dean of the Faculty of Education at Southern Cross University, says the new Mudbook Framework was co-designed with early childhood educators and children who participated in a Horizon project funded by the Queensland Government, researching the rapid resurgence in supporting open, free nature play in education settings.

“We were seeing a lot of publications claiming that children spend significantly less time in nature. And now we are seeing more and more programs deliberately focused on nature play and Bush kindy and forest schools with the intent of building up those connections with nature – so our research is specifically about how young children aged 4–5 years old learn scientific concepts through nature play,” said Professor Cutter-Mackenzie-Knowles, who has led more than 40 projects in environmental education and has more than 150 papers published in this field.

“We used cartography to map children’s and educators’ existing nature play conceptions. The project involved 21 early childhood education settings across Queensland. We commenced with a foundational research phase, with children participating as genuine researchers rather than simply objects of research which unfortunately is all too often the case. Children recorded their everyday nature play experiences using tablets. Then we worked with their teachers in using that data to develop nature play experiences that were evidence-based. That research led to the co-design of the Mudbook; a pedagogical nature play framework.

“The Mudbook is an entry point not only for other educators to expand their own practice, but also for parents and families as well to understand how nature play builds environmentally-led STEM learning. The project revealed that there are nine types of nature play with the most common science concept being earth, weathering, relations, materials, bodies, time and ecologies.”

Professor Cutter-Mackenzie-Knowles said during the study, children observed animals in nature, including animals that had died. One study group observed a dead kookaburra decompose over six months.

“It was a fascinating thing for these young people, whose practice involved walking in nature every day in the outdoor reserve where they would see the dead kookaburra and linked in their learning into slow decomposition – which is quite remarkable to have that opportunity at such a young age, and shows how these nature play pedagogies operate in practice,” she said.

“Several early childhood education settings were Indigenous-focused, applying pedagogies like Country-responsive play, where it wasn't merely just about doing an acknowledgement of Country, or just lip service, but where the acknowledgement was absolutely being embodied in the practice itself.”

Professor Cutter-Mackenzie-Knowles says future research is needed to understand and build nature play primary and secondary schools, with research increasingly revealing that play is critical across the human lifespan not only in early childhood education.

“We’ve now incorporated this type of research into our curriculum at Southern Cross University, where from 2022 our Bachelor of Education and Master of Teaching now include a unit each on environmental education and Indigenous education, as foundation subjects rather than electives,” she said.

The research was joint project between Southern Cross University, RMIT, and Swinburne, and partners including Nature Play QLD and Early Childhood Teachers’ Association.