National Guidelines for Tech in Early Education Out of Step 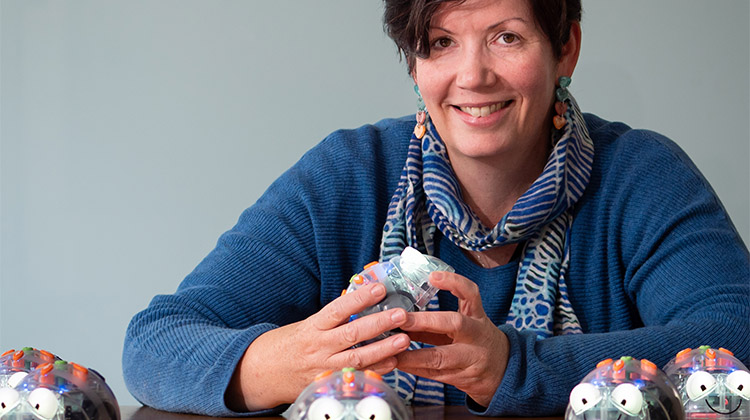 Technology is everywhere, everywhere but in primary school programs and some researchers feel that this is doing young children a disservice.

Current national guidelines recommend children under two are not exposed to any screen time but children of all ages see technology everywhere and technology researchers are asking whether the guidelines actually should be followed.

“They see people on phones, taking photos and typing on computers from an early age. How can you then have a ‘home corner’ in early childhood education centres that don’t have any of that?

“How many restaurants take orders on a phone or iPad? How can children re-enact what goes on in a restaurant without technology? Same with a doctor’s surgery or a supermarket. Technology is everywhere.”

“I don’t believe we can stop children accessing technologies.

“I think it’s a bit disrespectful to not let children use technology in their play. How does it compute in their brains that technology is everywhere in their world, but they are not allowed to use or understand it? It must be confusing for them.

“I think educators need to support technology use in positive ways. I’d like to see non-screen-based coding, and iPads with select apps chosen for the learning that’s possible, including to document their own learning, in the preschool years.

“Children need to learn how to use technologies and when it is appropriate to use them. Hopefully further research will help to guide the provision of technologies and guidelines for its use, support children’s ethical behaviour and reduce some of the discomfort educators and parents feel around the inclusion of working technologies."

Robotics for children is showing up in primary school programs and offered as an extracurricular activity, but Dr Bird says it should start in early childhood programs.

Dr Bird says, “There’s a lot of pressure to do coding in primary school to develop 21st century computational skills, but it’s not something that’s done in preschool, which I think disadvantages children.”

Dr Bird uses cubettos in her research, simple wooden square box robots with a smiley face that come with coding boards with colourful plastic pieces which make the robots move. She also uses bee-bots, small plastic bee-shaped robots with simple programming buttons on their backs, and blue-bots, clear cased bee-shaped robots that respond to commands sent from a computer or iPad.

She has been exploring how children learn to use them, and how educators support their use.

“With 3–5-year-olds, they realise that the pieces you put in the coding board, or the buttons you push, make the robots move in particular ways, and you can start explaining how they move.

“Learning the basics of robotics at this age will set the foundation for primary school learning. It’s a great introduction to pre-maths, algorithms, counting and problem-solving: they learn this is the ‘recipe’ that moves the robots along.”

In a longer research project next month, she will observe children aged 3–5 interacting with the robots in a classroom setting to learn how to best introduce them in a play-based setting and for educators to effectively incorporate them.

“The aim for my research is to think about the best way to equip educators to teach coding to pre-schoolers through play, for example whether it will be creating an instruction manual or workshop or something else.”

Screens and Play
Dr Bird is also interested in the use of screen technologies among the 3–5-year-old age group, both real and replica or broken ‘imaginative’ technologies.

She says children want to use real technologies in play, but imaginative technologies are the next best thing.

“Children today live in a digital world and, given the opportunity, will readily use technology to meet their play needs,” she says.

Through her research, which has included interviewing 84 educators in the New England region alongside colleague Dr Marg Rogers, Dr Bird has found some educators are reluctant to incorporate real technologies into their classrooms for use by very young children.

"Some educators and parents believe early use of technology will reduce their child's creativity and imagination. Others encourage it,” Jo said. “And with people holding such strong views, discussions on the subject can be a minefield.

“Many services don’t provide real technology for children. They might use an iPad or camera, but it’s very controlled and directed, and the children are not given enough time with the technologies to develop skills and learn.”

The anxiety around using screens could also be further compounded and confused by current national guidelines on screen use.