Old boy Philip Grutzner is Melbourne Grammar’s 15th Headmaster and will take up the position in January 2020, following the retirement of Headmaster Mr Roy Kelley after 11 years at the helm. 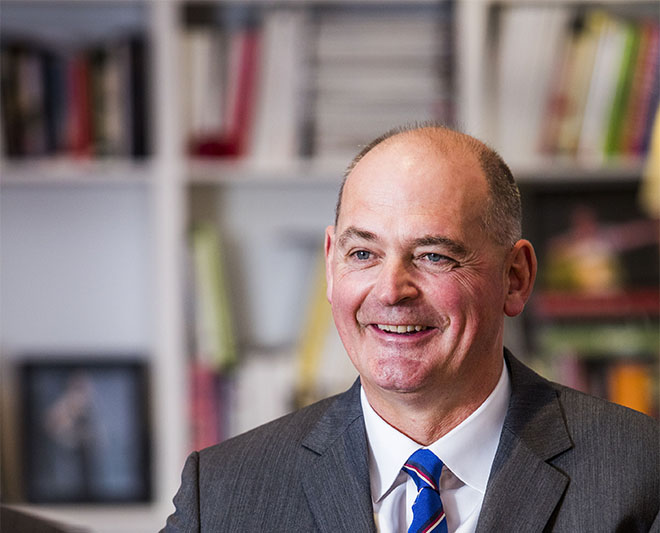 Old boy Philip Grutzner is Melbourne Grammar’s 15th Headmaster and will take up the position in January 2020, following the retirement of Headmaster Mr Roy Kelley, after 11 years at the helm.

Grutzner is the current Principal of Carey Baptist Grammar School in Kew, Melbourne, where he will conclude in December 2019.

MGS Council Chair, Michael Bartlett, said Council was unanimous in its decision and delighted with the appointment.

“We undertook a seven-month global executive search and reviewed an impressive field of candidates from both Australia and overseas. Philip Grutzner demonstrated a unique combination of skills, values and ethos that makes him the ideal person to lead the School in its next chapter,” Bartlett said.

“He will also be the first Old Melburnian to return as Headmaster in the School’s 161-year history.”

Grutzner attended MGS from 1976 to 1981. In his final year he was a House Captain and Captain of the First XVIII football team.

“So much impressed us about Philip: the depth of his experience as head of three diverse independent Australian schools, his longstanding public engagement in education policy and reform, and his proven capacity to manage talented teams and initiate and oversee innovation in education.

“He has a deep knowledge and passion for education, particularly in a rapidly changing world, and an extraordinary commitment to the wellbeing of children and young people,” Bartlett said.

Grutzner said: “I left Melbourne Grammar in 1981 with a life-long passion for learning and education and a strong set of values. I credit much of what I’ve achieved in life to the great start I was given by my hard-working parents, in affording me a Melbourne Grammar education.”

Philip Grutzner (BForSci, DipEd, MBA, FACE) attended the University of Melbourne and Monash University. His career in education began in 1987 at Camberwell Grammar School, where he taught Biology, Mathematics and Science, coached tennis and football and served as a Housemaster. After a year at Manchester Grammar in the UK, in 1997 he was appointed Headmaster of Braemar College, a progressive school in Woodend, Victoria. He served as Headmaster of St Peter’s College, Adelaide, from 2005 to 2010. In his current role as Principal of Carey Baptist Grammar School he has overseen a significant programme of innovation and development.