Meet the Maasai woman fighting to keep girls in school 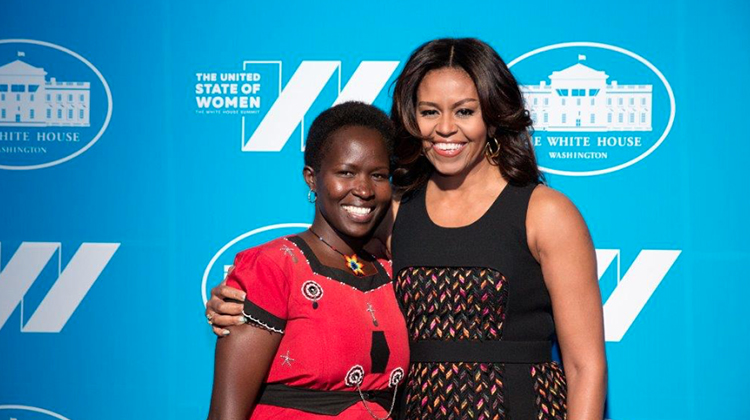 Dr Kakenya Ntaiya’s story is one of struggle, perseverance, overcoming and eventually giving back, via education. Dr Ntaiya overcame the strictures of tribal life, she was engaged at 5, FGM and isolation, eventually rising to become a globally-recognised educator, feminist, and social activist.

Dr Ntaiya is Maasai and has built two schools, educated over 400 girls, and recently has seen three students take up international scholarships in Australia with the support of Women for Change, an Australian organisation that supports empowerment and education of girls in underprivileged countries.

Her institution The Kakenya Centre for Excellence seeks to give girls a chance to complete an education and take their place in the world. Linet, Peyian and Sharon are products of her program and are now attending Sydney University, University of Technology and Western Sydney University.

For thousands of families in Kenya, seven cows are more valuable than a girl’s future. Those cows, a typical bridal dowry in Maasai culture, prove so tempting that most fathers in rural areas decide their daughter’s education will end and marriage begin by age 13. Traditionally this event is preceded by female genital circumcision, a mutilation that remains a mystery to the girls until the moment it is performed.

Globally, 130 million girls between the ages of 6 and 17 are not in school because of barriers like poverty, child marriage, FGM, and harmful social norms that negate the value of educating girls.

Dr Ntaiya says: “I believe strongly educating and empowering girls in childhood and adolescence is the critical first step toward achieving gender equality. A quality education sets a foundation that helps girls and women compete on the same playing field as men. Education also gives you your first set of life skills. Being able to read and write allows you to connect with the world around you in an informed and meaningful way. Without being able to read or write, I have observed how cut off from society and the larger world a girl is, and how this affects her sense of self and value in her community.

“Through education, girls can unlock their potential and learn skills to help them take advantage of all the opportunities available to them. Someone once said, ‘knowledge sets you free,’ and for me this has always been the case. I had a particularly difficult childhood. I grew up in a traditional Maasai community that did not prioritize educating women and girls because it was believed that our worth to society could only be measured through cattle and our bride prices. So, at five years of age, as was traditional in my community, a marriage was planned for me.

“But I dreamed of a different life for myself, and thankfully, my mother wanted that for me too. She helped me navigate some challenging circumstances. Through education and my own perseverance, I became the first Maasai girl to attend university in the United States. Along this journey, I came to learn that investing in a girl’s education is an investment in her health and economic success, and that has positive and long-lasting ripple effects for her family, community, and someday, our world.

“I have also come to realize that to truly move the needle on gender equality and girls’ education, there is a second important step we must take. We must engage men and boys globally and call on their support.”

Men hold the lion’s share of power both in society and within each family unit in Kenya, getting them on board was a critical step for Ntaiya’s program.

“When I established my boarding schools to educate vulnerable girls, I knew that the support of each girl’s father would be critical to their individual success, and the success of my movement as a whole.

“I began by insisting that fathers attend a monthly review session of their daughter’s academic performance. These reviews showed fathers for the first time the incredible potential of their daughters. I began to change their perspective on girls’ education as they started to see opportunities opening over time for their daughters to get a good job and lead a fulfilled life. Rather than marrying in childhood, it dawned on them that their daughters could take up a truly important role in the wider world, and this is something they can be proud of.”

Working with Women for Change, Dr Kakenya Ntaiya will visit Australia from the 2-9th March 2020 to share her insights into gender equality through education, community transformation programs and the importance of getting men involved to support both the process and the outcomes.