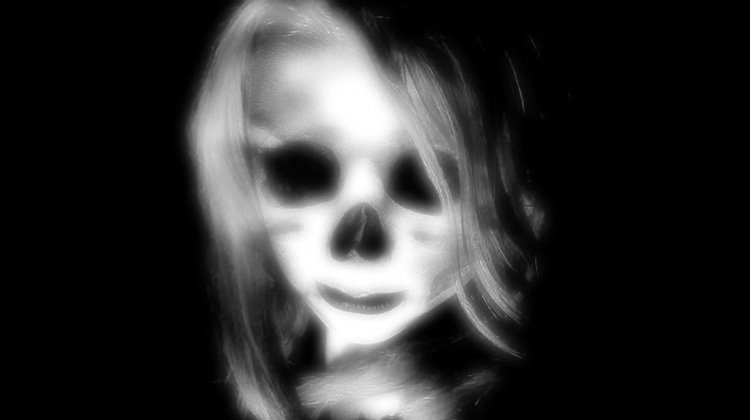 Introduction
American schools and universities live in trepidation of the next student shooting. Shootings recording more than five deaths/injuries include Roseburg (Oregon); Parkland (Florida); Santa Fe (Texas); Flint (Michigan); Marshall County (Kentucky); and Los Angeles. The authors examine the case of Adam Lanza and the dreadful Sandy Hook massacre of young students and school staff, and they ask if more could be done to identify and re-socialise students who will potentially fall into the same trajectory as Adam Lanza. In Australia, Martin Bryant who committed the Port Arthur massacre,  provides an excellent cross-cultural comparison to Adam Lanza.

The moment a new student arrives at the classroom door the perceptive teacher will predict whom that student will befriend, or be befriended by; and the student’s appearance (clothing, haircut, language and behaviour) and that of his/her parents signal the overt tribal markers of identity to everyone watching. However, there are some key behavioural markers that quickly raise the red flags of alarm within the schools, and the schools then rush to engage their counsellors for expert opinions about how the new students will fit into the school context. Many of the students who exhibit extreme Tier 3 (top 5%) behavioural predispositions barely fit the school cultures and they bump through thirteen years of not quite fitting modelled expectations.

In the teachers' lounge, students' future life trajectories are hypothesized over morning coffee, as teachers share their collective experiences and wisdom. In these collegial discussions the longest serving teachers' trump cards are the stories of the rambunctious students who have come to very sticky ends.

The Growth of Mental Health Problems in Schools
In education, teachers perceive an increase in student mental health issues and Kieling, Baker-Henningham, Belfer, Conti, Ertem, Omigbodum, Rohde, Srinath, Ulkuer, and Rahman stated that mental health problems now a?ect an alarming 10-20% of children and adolescents worldwide. The situation in the United States is similar, and in examining mental health in American schools, Adelman and Taylor also sounded the alarm bells noting that 12-22% of students require support for mental and behavioural problems. However, considering the undiagnosed and unreported emotional and learning problems, these authors claim over 50% of students are affected.

Richard Tremblay is an acknowledged Canadian authority on childhood violence. Tremblay’s longitudinal research deprived environments of Montreal examined generations of family aggression and violence. As a result, in 1985 he initiated a program to support families at risk, and this demonstrated that early intervention could deflect children away from adult criminality. This important research underwrites the need for a focussed communal intervention to break the cycle of violence. Tremblay’s work showed the factors that influence children’s inability to regulate physical aggression in early childhood included having mothers who exhibited antisocial activity at school, mothers who get pregnant at a young age, mothers who smoke during pregnancy, and mothers who have low income parents who have problems living together.

The program of intervention undertaken by Tremblay, Vitaro, Bertrand, LeBlanc, Beauchesne, Boileau, and David (1992) included specific training for the parents and it touched on classroom strategies used by teachers.

In relation to schooling, Tremblay warned teachers that the early childhood years are the first time many new students meet society's behavioural expectations. Assessing the policy implications of aggression in childhood, Tremblay made two points, and both are relevant to school-based policies:

1 The early childhood years have the greatest potential in helping children who are at risk of becoming severe aggressors because most children are exposed to a different set of expectations in relation to behaviour and aggression.

2 Most children have used physical aggression during early childhood, and most will continue to use violence unless they are taught alternative strategies.

The conclusions from a three-country study, in which Tremblay took part, reinforced the second point, and there are dire consequences for society if this childhood demonstrated aggression cannot be changed.

Adam Lanza
On December 14th 2012, the twenty-year-old Adam Lanza murdered his mother and then drove to Sandy Hook Elementary School (Newtown, Connecticut), which he had attended as a child, and he then murdered twenty first graders and six staff members. In the Report of the Child Advocate (Connecticut), 37 key findings were made, and these findings attempted to show how Adam Lanza slipped through the education and health systems of Connecticut, and how his medical/psychological needs were not adequately addressed for a variety of organizational and familial reasons.

With the advantages of hindsight, the possible danger signs for teachers included:

The experience of schooling
Lysiak, in his book 'Newtown', reported that Adam Lanza’s time at Sandy Hook Elementary School was characterized by progress despite being socially awkward. Lysiak also reported that Adam Lanza’s family saw encouraging signs in his development at Sandy Hook. The moves to Intermediate and then High School, accompanied by the effects of bodily maturation, saw a massive change in Adam Lanza’s behaviour as his environment became more uncontrolled.

A variety of psychological problems
It appeared that the delicate structure that held Adam Lanza's mental state together began to disintegrate and formal schooling became untenable to Adam’s mother, so she withdrew him from school. Violent computer games became an obsession for Adam and in that anonymous world he developed a persona of bravado, Lysiak, observed. A problem would arise when the virtual and real worlds collided for Adam Lanza.

Familial circumstances
The familial structure became more problematic when Adam's parents divorced. In looking for reasons for Lanza’s murderous behaviour. Emily Miller (2013), an editor at the Washington Times, pointed her finger squarely at Adam Lanza’s mother saying that gun control, the failure to obtain adequate mental health support, and video games cannot be held responsible for Lanza’s behaviour. Instead, she said that Lanza’s mother should have pursued better medical support and ensured that the medical advice was followed.

Martin Bryant
The Port Arthur Massacre that took place in the south-east corner of Tasmania, in April 1996. Thirty-five people were killed by the twenty-nine-year-old Bryant, and 23 people were injured in this murderous rampage. However, the seeds for this infamous act may have been set long before April 1996. Bryant’s ancestry on his mother’s side included two convicts (Eliza Fitzgerald, 1834; Richard Cordwell, 1825) transported to Van Diemen’s Land (Tasmania) for life.

Cruelty and hurting others
A school report in August 1977 said of Martin's behaviour: "He is not interested in participating in class activities, excursions. He prefers to slide on the floors, chase other children and often ruins an otherwise excellent outing. The most disturbing and worrying aspect of Martin's behaviour is his violent nature. He kicks and torments (another child) in particular, often reducing him to tears. He often hurls objects around the room …."  (W&T, 2009, p. 67).

Vengeance
As a youth Martin made seashell mice that he was trying to sell to tourists however, he was chased from the Broad Arrow café by an older man who was selling the same things in his souvenir shop. “Ordered away, Martin Bryant never forgot the encounter...” (W&T, 2009, p. 103).

Hunting, love of guns and killing
Martin Bryant had a fascination with guns and hunting. Even though he did not have the appropriate licences he purchased military grade weaponry and hundreds of rounds of ammunition.

Schooling is problematic/ medications/ Psychologist and school intervention
Martin Bryant was said to be three year’s behind chronological progress when he was placed in a special education class at high school (W&T, 2009, p. 95).

Lack of friends
In a psychiatric report prepared for his trial Bryant described his childhood behaviour as “aggressive, destructive and very difficult with other children” and referred to “records of Mr Bryant torturing and harassing animals and tormenting his sister” (Blake, 2015).

Fascination with pain
As a child Bryant was injured while playing with fireworks and at the local hospital he was asked by a television journalist if he would be more careful next time? He cheerfully answered, “No.” (W&T, 2009, p. 94)

After burning himself by lighting petrol, Wainwright and Totaro (2009, pp. 103-104) observed that Martin "seemed impervious to emotion, physical discomfort - or pain - often swimming in the dead of winter with snow on the ground".'Not seen as 'normal” in school
Martin had trouble speaking when he went to school, and testing at the end of primary school showed that he was “three years below his chronological age in spelling and word knowledge, and two years below his mathematical understanding” (W&T, 2009, p. 95).

The other children referred to him as 'Silly Marty'.

Energy levels
Martin’s energy levels were excessive, and in his early years his parents moved to give him lots of room to play, and his father would take him for long walks to tire him out.

Family situation
Bryant’s relationship with his mother was difficult, and she had not bonded with him when he was born. Marti's father worked hard in providing suitable housing environments and exercise for Martin, but he died three years before the Port Arthur Massacre.

Where will this student be in the future?
Martin Bryant will die in gaol, but his teachers at primary school and secondary school, as caring people, would have been concerned for him. None could have predicted this scenario of the extreme violence for the younger Martin Bryant.

Systemic Early Identification and Risk Management
The early, broad identification of students who appear to have the potential to develop problematic behaviour as they move into adulthood is possible. And, while such programs need to be sensitively developed, it is a multifactored issue that the country cannot ignore. The Connecticut Office of the Child Advocate's Report provides an excellent overview of how schools fit into this demanding task of risk management:

Conclusions
Richard Tremblay (2004, 2012) and his colleagues have shown that early, interventions can change endangered children’s life trajectories, and in so doing, make the children’s lives better, and our communities better, and safer places. However, without the establishment of strong, multi-agency support teams that have the personnel and resources to make a sustained difference to people’s lives, nothing will change. Clearly, this pressing problem needs a strong, coordinated determination to make a difference in identified families.

In American society, where human rights are constitutionally guaranteed by the Bill of Rights, potentially dangerous students can slip through the system, and these students’ life trajectories remain unchanged despite the warnings signalled by perceptive school staff. In Australia and America school staff continue to act as society’s “first responders” in identifying students at severe risk, but in many cases the support for these early warnings are piecemeal. Targeted governmental and nongovernmental interventions are desperately needed to ensure that all the relevant agencies form a combined taskforce approach as can be seen in the English Troubled Families Programme (Longfield, 2019), which is a large-scale model of what Tremblay previously experimented with in Canada 25 years earlier. Such a coordinated approach, with an emphasis on the Connecticut recommendations, will lessen future threats to our schools and communities; and it will make teaching safer for students and staff.

Longfield, A. (2019). A manifesto for children. London: Office if the Children’s Commissioner. Retrieved from https://www.childrenscommissioner.gov.uk/wp-content/uploads/2019/09/cco-a-manifesto-for-children.pdf

Miller, E. (2013, November 25). Miller: What would have prevented Lanza from mass murder at Sandy Hook? Washington Times. Retrieved from https://www.washingtontimes.com/news/2013/nov/25/adam-lanza-shooting-sandy-hook-elementary-school-n/