Learning how to learn: Metaskills are higher-order skills that lay the foundations for learning

Metaskills are higher-order skills that lay the foundations for learning and succeeding at almost anything in life. Essentially, skills that help us to acquire skills.
Steve Glaveski, author and entrepreneur 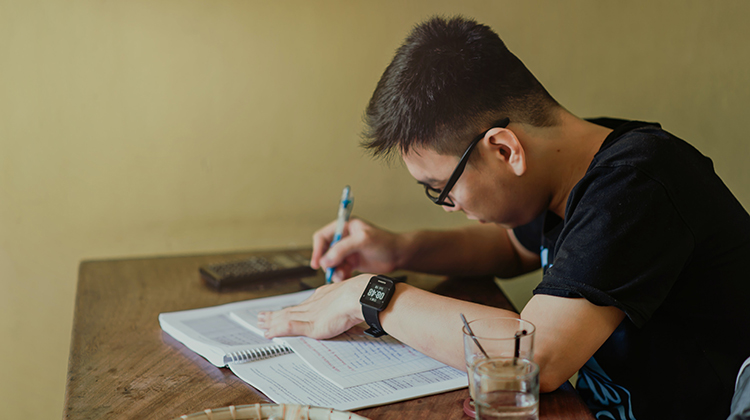 Techniques to learn faster and retain the information

Metaskills are higher-order skills that lay the foundations for learning and succeeding at almost anything in life. Essentially, skills that help us to acquire skills.

Think learning how to think, how to work, and how to make decisions. Such skills can help us in almost any situation, at any point in life.

But the K-12 curriculum has traditionally been lacking when it comes to these critical and transferable life skills, instead focusing on narrowly defined hard skills, many of which quickly become redundant, if they weren’t redundant already.

It’s hard to argue against schools teaching students perhaps the most critical of all of these metaskills; learning how to learn.

If we know how to learn, what an otherwise challenging endeavor becomes significantly easier, bringing us closer to our goals faster.

But teaching students how to learn is just not a staple of most K-12 curriculums.

The case against education
Bryan Caplan, professor of economics at George Mason University, argues as much in his book, The Case Against Education. He suggests that education often amounts to a mere signalling exercise, signalling whether or not students have desirable underlying characteristics such as intelligence, conscientiousness and conformity. He says this takes place in lieu of learning practical job and life skills.

He has a point. Despite the 13 years that most of us spend at school, we’re relatively clueless once we’re out in the real world, thanks in part to the rote learning nature of K-12 education.

In one study, Honours level Physics students had difficulty solving problems that were superficially different from what they covered in school. In another, University Psychology students who studied basic psychology in high school did not perform significantly better than those that hadn’t.

This is because they haven’t learned how to solve the type of problem.

Nobel-prize winning physicist, Richard P Feynman, put it best in his 1985 memoir, Surely You’re Joking Mr Feynman. Feynman wondered why his Brazilian students were unable to solve problems that were only superficially different to those they had successfully ‘solved’ previously.

“After a lot of investigation, I finally figured out that the students had memorized everything, but they didn’t know what anything meant. So you see, they could pass the examinations and ‘learn’ all this stuff, and not know anything at all, except what they had memorized!”

We’re wired to forget
In the event that we do learn how to solve a problem, we’re likely to soon forget it. Researchers from the University of East Anglia found that college students could only remember 40 percent of their high school studies by the first week at a university. 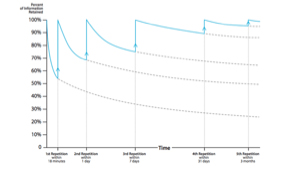 Studies into our forgetfulness were pioneered by psychologist Hermann Ebbinghaus whose 19th Century studies culminated with his discovery of the ‘Forgetting Curve’. He found that if new information isn’t applied, we’ll forget about 75 per cent of it after just six days.

Matthieu Boisgontier, of the University of British Columbia’s brain behavior lab, blames this on our brain’s predisposition towards conserving energy. “Conserving energy has been essential for humans’ survival, as it allowed us to be more efficient in searching for food and shelter, competing for sexual partners, and avoiding predators.”

So in order to conserve energy, our brains learned to quickly forget what we didn’t use.

Learning how to learn
Below are a number of techniques to help teachers gift this metaskill to students, and get past our propensity to forget.

Use what you learn
Today’s students often learn uniform theoretical topics at a time when it bears little immediate relevance to them – and their interest and learning suffers as a result.

One of my guests on the Future Squared podcast, John Roa, talked of being a way-below-average student in school, having been lucky to graduate. “I just wasn’t interested in what I was being taught”. Eight years after stumbling through high school, he founded a company that he would end up selling to Salesforce just five years later for an eight-figure sum.

The difference? He was interested and he could see a direct link between what was being learned, how to apply it, with the results – positive or negative – serving as a reinforcing feedback loop.

This feedback is central to human motivation and performance, according to psychologist Edwin Locke’s goal-setting theory of motivation.

The ready application of new learnings to actual real-world problems and projects is also one way to combat our predisposition to forgetfulness. As the Chinese proverb goes, “Tell me and I will forget, show me and I may remember, involve me and I will understand”. This both reinforces newly-acquired knowledge and improves one’s sense of achievement.

Apply spaced repetition
Spaced repetition was proposed by psychologist Cecil Alec Mace in 1932 as another way to aid retention. It refers to the spaced review of material in gradually increasing intervals of approximately one day, two days, four days, eight days, and so on.

This leverages the psychological spacing effect, which demonstrates a strong link between the periodic exposure to information and retention. Studies show that by using spaced repetition, we can retain 85 per cent of what we learn after 60 days, as opposed to forgetting 75 per cent after just six days – a significant improvement.

We tend to think that we have already learned something even though we actually haven’t, and this is where both spaced repetition and retrieval practice come into play. It’s easy to pat yourself on the back once you’ve finished reading a book chapter, but how much have you actually learned?

By taking five minutes to recall and write down what you learned, you will both reinforce any learnings and test how well you truly absorbed the information presented. The same holds true during revision exercises in the classroom.

Leverage the 80/20 Principle
Tim Ferriss, entrepreneur and author of The Four Hour book series, is an advocate of applying the famous Pareto Principle to learning.

This stands at odds with the ‘read the whole textbook’ approach that permeates many K12 schools. Knowing how to identify and upskill in the 20 per cent is something that we can use in any pursuit, from business, to investing, and even in our personal relationships (if you know which twenty percent of your annoying behaviours are causing eighty per cent of your relationship problems, then you’re in an advantageous position!).

Teach others
Teaching others, or ‘peer learning’, is another effective way to reinforce our understanding of newly attained knowledge and aid absorption. Trying to explain an idea to somebody else acts as a test of your knowledge.

As the Roman statesman and philosopher, Seneca, wisely said, “by teaching, we learn”.

Nowadays, various peer learning solutions are available, and the practice has been proven to improve a student’s academic and social cognitive skills.

Guided learning helps teachers to intervene in a sustained and proactive way at the point of learning, as pupils read, write, talk, design, make or practice. It supports personalised learning by tailoring materials to the individual student.

Practice deliberately
Maria Konnikova, writer for the New Yorker and bestselling author of The Biggest Bluff – which chronicles her ascent from poker noob to national champion in under 12 months – credits her ability to learn quickly to doing away with distractions, learning how to actually focus for extended periods of time, and practicing deliberately and effectively.

“Hours don’t matter if you’re not using them effectively”, she said.

This echoes Karl Anders Ericsson’s observation in a study of violin students at a conservatory in Berlin in the 1980s. According to Ericsson, “deliberate practice is an effortful activity that can be sustained only for a limited time each day”. Students marked for greatness had several short practice sessions each day, each lasting about 80 to 90 minutes, with half-hour breaks in between. The actual practice time added up to about four hours a day.

This upper limit, Ericsson concluded, is defined ‘not by available time, but by available mental and physical resources for effortful practice’. After interviewing the students it became clear that ‘it was primarily their ability to sustain the concentration necessary for deliberate practice that differentiated the best from the rest.

But in a world where we are subject to countless periodic desktop and smartphone notifications, as well as the ongoing psychological pull of our devices, urging us to check our comments, students and teachers alike are lucky if they can go ten minutes without being sucked back into Instagram or email. The problem with this ‘task switching’, is that it can take us about 23 minutes to truly get back to focus on the task at hand, but if we’re switching all day long, then we have little to no time for deliberate practice and focus.

Leverage the hand-brain connection
While schools have been quick to roll out devices, in a bid to seem more innovative, we do so at a cost to the value of handwriting our notes which has been shown to help us absorb a lot more information thanks to the motor-link between hand and brain.

Embrace failure
Finally, much has been written about the merits of having a growth mindset  – an underlying belief that their learning and intelligence can grow with time and experience – as opposed to a fixed one. But truly instilling this in students is key to them developing comfort with difficult pursuits, and not giving up at the first sign of defeat. However, students today are still being programmed to by getting a big green tick if they’re correct, and a big red cross if they’re not.

Oftentimes, it’s not talent but persistence that differentiates success from failure. As former US President, Calvin Coolidge, put it, “Nothing in the world can take the place of persistence. Talent will not; nothing is more common than unsuccessful men with talent. Genius will not; unrewarded genius is almost a proverb. Education will not; the world is full of educated derelicts. Persistence and determination alone are omnipotent”.

Final thoughts
By teaching students these principles, they can get better at learning anything, and rather than being forced to remember facts and figures that they will soon forget,  they can learn how to increase their chances of success at matters most to them.

Steve Glaveski is the founder of K-12 entrepreneurship platform, Lemonade Stand, and author of Time Rich: Do Your Best Work, Live Your Best Life (Wiley 2020).

Image by Min An from pexels