LEGO has always been ahead of the curve when it comes to Making and STEAM and with the release of LEGO SPIKE Prime it should feature in technology teaching well into the future. 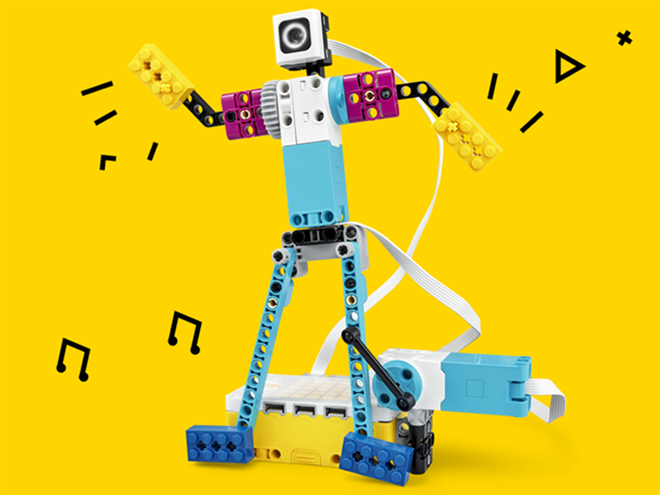 LEGO has always been ahead of the curve when it comes to Making and STEAM and with the release of LEGO Spike Prime it should feature in technology teaching well into the future.

LEGO Spike Prime has been designed with STEAM teaching as a focus. It brings together LEGO bricks, a programmable, multi-port hub, sensors and motors all powered by the SPIKE app based on the Scratch coding language.

The Spike app includes lessons aligned to curricula and many of the projects can be completed within a 45-minute class. SPIKE Prime is suited to all levels of learners.

Each Spike Prime set has 523 pieces which can be used to build loads of creations and there are corresponding STEAM lesson plans that were created by educators to help with the introduction of hands on STEAM learning to the classroom.

LEGO has also created 11 new innovative elements for the LEGO System in Play which will be first seen with Spike Prime. These new elements include an innovative integrator brick, which allows students to build  SPIKE Prime projects that integrate with both the LEGO Technic and the LEGO system platforms making for huge creative possibilities.

Making things is a great way to learn and build students’ confidence and results from a new Confidence in Learning Poll by Harris Insights & Analytics say as much. Eighty seven per cent of students said they learned better when involved in hands-on projects and 93% of parents say hands-on learning helps children retain knowledge for the future.

However, while the importance of hands-on learning is clear, only 40% of teachers say their students usually or always get time during school for hands-on lessons.

LEGO Education is providing a Confidence in Learning toolkit and workshops to schools around the world to help get STEAM teaching rolling with LEGO Education learning experts on hand to assist.

Esben Stærk Jørgensen, president of LEGO Education, said: “We are seeing a challenge globally in middle school children, typically aged 11–14. At that age, children start losing their confidence in learning. The Confidence Poll data shows that most students say if they failed at something once, they don’t want to try again.

“With SPIKE Prime and the lessons featured in the Spike app, these children will be inspired to experiment with different solutions, try new things and ultimately become more confident learners. And for teachers, time is the ultimate barrier. The lesson plans, resources and models make it so easy for teachers to integrate SPIKE™ Prime into the classroom.”

The new product will be ready for purchase in August 2019.