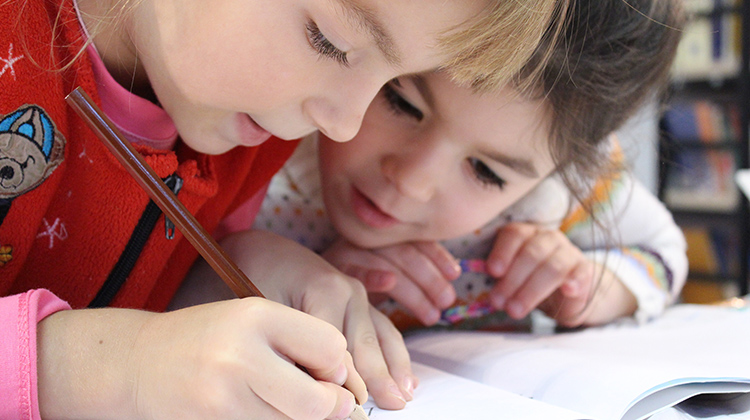 Confidence is key and feedback supports it.

In the world of career counselling in schools, there is a significant proportion of students who are not developing enough clarity or self-efficacy around their preferred career pathways. Over 20 years as teacher and career counsellor I often engage with students who find it very difficult to identify their interests and develop some sort of clear career vision. A lot of these students may also lack self-awareness as learners which can inhibit their sense of self-efficacy. From this perspective, the teacher’s role in developing confidence in young life-long learners becomes crucial.

The role of classroom learning on career development can somewhat be overlooked in the midst of everything else that happens in terms of school-based career activities. Despite this, the role of classroom learning experiences does play a central role in one of the most prominent career development theories, that being the Social Cognitive Career Theory ([SCCT] Lent, Brown, Hackett, 1994). The element of “learning experiences” (highlighted in red) presents itself significantly plays a central role in the theoretical architecture as shown below.

The SCCT (Lent, Hackett and Brown, 1994) emphasises the importance of the “learning experience” when it comes to influences on self-efficacy and outcome expectations which also has a ‘flow-on’ effect on career choices and interests. A study by Tang, Pan and Newmeyer (2008) found that “the SCCT model does appear to explain the interrelationships among learning experiences, career self-efficacy, outcome expectations, career interests, and career choice, and therefore is useful in understanding high school students’ career development processes”.

The role of feedback
By no means do I propose that this career theory is a perfect model. As Holley and Rice (2019) state that “there is no clear agreed international understanding to what quality career guidance looks likes”. However, there is now an opportunity to embed an intervention that acts in concert with the SCCT in order to help shape the career development pathways for adolescence.

There are a number of effective evidenced based interventions, that could be used to create richer learning experiences and thus career outcomes. Teacher feedback is one such intervention which I’d like to put under the microscope, in particular the Hattie and Timperley (2007) model of feedback.

Why feedback? It’s a staple job-task every teacher undertakes, albeit its variability in its effective execution (Hattie, 2012). Effective feedback can lead to constructive self-efficacy and outcome expectation thus possibly leading to generating curiosity in industry areas enabling decision making in pursuing certain occupations with an industry. This is supported by Lent, Brown and Hackett’s (1994) second proposition that “an individual’s occupational interests also are influenced by his or her occupationally relevant abilities but this relation in mediated by one’s self efficacy beliefs”.

A model of the Hattie Timperley (2007) model of feedback is given in the diagram below.

Teachers as always provide unique “task level” feedback that is salient to the subject’s particular assessment task. This model also provides the opportunity for process and self-regulation level feedback. If a student was to receive such deep level feedback it would provide powerful self-conceptual insights to the student, and how they see themselves as life-long learners. Such process and self-regulation level feedback could product learner self-awareness in their own capabilities’

Student self-efficacy
The creation and understanding of learning intentions and success criteria as an essential activity that lays the environment for feedback to take place. Self-efficacy has an important relationship with feedback in which Bong (2013) explains “when students realise that the gap between the goal and the performance is gradually decreasing, they feel more motivated to keep exerting effort until they reach the goal”.

Feedback on 21st Century Capabilities at Santa Maria College
With the advent of credible evidence-based literature and research into capabilities needed for the 21st century, Santa Maria College in Perth, Western Australia is taking the opportunity to create robust learning programs and developing feedback criteria on transferable skill development. As part of its ongoing strategic initiative, the College is engaging in action research utilising the newly developed Skill Development Implementation Frameworks that were developed by the Centre for Assessment Reform and Innovation (CARI) and the Australian Council for Educational Research ([ACER] Scoular, Ramalingam, Duckworth, Heard, 2020).

CARI and ACER have been investigating several skills in recent years and have identified three general capabilities projects: critical thinking, creative thinking and collaboration. The decision on the selection of these three (amongst other general capabilities) was based on feedback from teachers who deemed that these were “most important or most familiar”.

Work is underway at Santa Maria College in the designing and implementing of learning experiences where there is assessment (and subsequent provision of feedback) of critical thinking, creative thinking and collaboration skills. The specific activities teachers would be engaging in would include assessment development as well as the development of learning intentions and success criteria that are associated with recently re-defined general capabilities.

There is an identifiable career-based element in this action research project as one of its aims would be to test the hypothesis whether effective assessment and feedback on a set of these general capabilities from various teachers can enrich the student learning experience to a point where it would lead to measurable career outcomes as reflected in the underpinning principles of Social Cognitive Career Theory.

Another benefit of this strategic initiate from the College is that it encourages teachers to work together for a specific impact goal and thus provides the opportunity to clearly demonstrate collective teacher efficacy which has an effect size of 1.57.

The reason why this career theory resonates with me as a classroom teacher and as a career advisor is that “(visible) learning experiences” can play a central role in the workings of the model. Studies from Tang, Pan and Newmeyer (2008) also confirmed the “mediating role of self-efficacy” and that “learning experiences significantly influence one’s self-efficacy, which then influences one’s career interests and choices, as posited by the SCCT. This is why I argue that classroom teaching really matters when it comes to career development.

The moment a student believes they are in control of their own learning, and it is ‘visible’ to them, then this has a flow-on effect in terms of the level of belief they have in themselves. This self-belief is a priceless commodity as it has the potential to change their lives and hence their careers.