Imagining a world of maths achievement 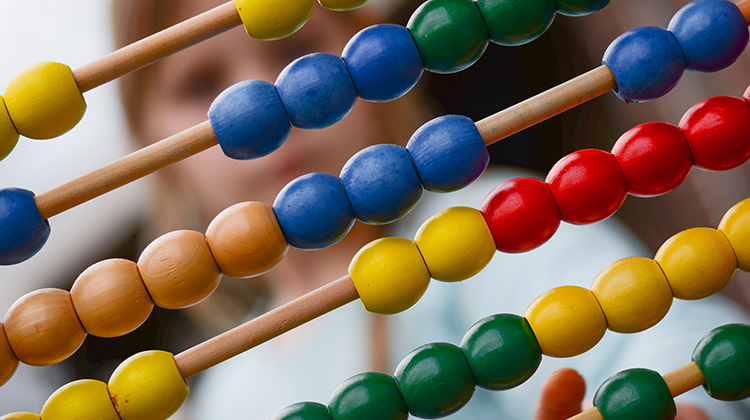 Empathy and play as an entry point to maths

Mathematical Playworld takes its lead from Conceptual PlayWorld, a model of intentional teaching developed by Laureate Professor Marilyn Fleer of Monash University and begins with a selected story where children and adults build emotional connections with story characters before they collectively enter the playworld.

The model, developed by Dr Liang Li and Dr Leigh Disney of Monash University, was used in a recent study seeking to understand the most effective means of supporting young children’s maths learning in a play-based program.

This study – with a specific focus on the development of algebraic reasoning of creating repeating patterns in play – found that, ‘Young children’s problem-solving process became personally meaningful for them in the Mathematical Playworld activity setting.'

Mathematical Playworld engages the teacher as a co-player and co-creator in the collective ‘Playworld’ to motivate children to develop mathematical problem-solving skills. Research showed that children’s meaningful learning process can be improved by active engagement with teachers.

In an initial engagement between teachers and students for the study, teachers chose to begin with the storybook, Room on a Broom (Donaldson, 2003) because they observed the children were very interested in stories about witches.

“Early mathematics learning is a powerful predictor of children’s mathematics achievement in school and previous studies have shown that young children have significant capacities to learn and master mathematical concepts at a very early age.

Previous research shows imaginative play is the leading activity for pre-school aged children. The world of imagination and storytelling enables children to imitate the roles of adults and to explore cultural knowledge, such as mathematical concepts, and develop their conceptual thinking.

The study builds on previous research which showed, ‘Exploring patterns in the early years is seen as an important introduction to algebraic thinking as children begin to notice similarities and differences between and among patterns, create rules to describe relationships, and eventually represent those relationships using symbols.’

According to the researchers, ‘The improvement of children’s mathematical thinking is achieved by the appropriation of cultural tools in meaningful contexts. Learning is embedded using narrative frameworks to  dramatize the maths problem and engage children in the problem-solving process.’

“It is important children have a sense of ownership in their learning,”  Dr Disney says, “the teaching of mathematics needs to focus on the process of problem solving rather than drill and practice of mathematical skills at an early childhood level. It requires a frame where children are part of the learning process as active and engaged learners and where teachers can imbed teaching practices in play.”

The study by Li and Disney was conducted over a seven-month period and based on observations of children and teachers interacting with the program in an early childhood setting.

"One of the aims of the project was to explore how the Mathematical Playworld creates conditions that support children’s mathematical thinking and conceptual learning in play-based early childhood settings.

The researchers say the teaching model, ‘Builds motivating conditions for young children to learn mathematical concepts  in  play and provides children with a solid foundation for entering the school environment.’

Li and Disney believe Mathematical Playworld has the potential to be a key learning tool for early childhood teachers within play-based settings. They plan to extend their current study to include more early childcare settings.