How to build resilience unintentionally? 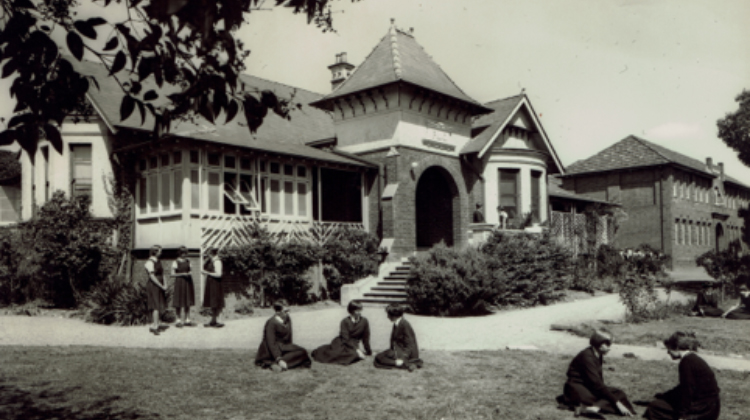 Resilience, is it a byproduct of discomfort?

Early this year (2021), some PLC Armidale Old Girls sent me memories of their school days. During the mid 20th century they attended PLC Armidale, a primary and secondary boarding school with some day girls.

The Presbyterian Church took over Armidale’s Hilton private school, renamed it and in 1940 purchased an Armidale  suburban block. This included a Federation residence, Birida, plus stables with feed loft and a few cottages. A two-storied classroom block was built.

Reminisces at a reunion of Old Girls from this era, fondly called the Birida Bunch, indicated a treasure trove of social history of boarding school life. The tales, ranging from hilarious to shocking, described a situation quite different to today. I decided to create a book of reminisces from this cohort, some in their 90s and all over 70.

Some memories arrived typed, others as emails or email attachments and a few handwritten. Photos came also.

The content of their stories was remarkable. The everyday routine included before breakfast exercises followed by a run round the block, as one wrote, “crunching ice underfoot”. Armidale’s winter mornings of minus Celsius degrees are indicated in another memory of damp bath towels from evening showers hanging at the ends of their beds frozen by morning.

Only the classrooms were heated. One ‘dorm’ had just canvas blinds against the elements and snow floating into the “dorm” is reported as is extra clothing in bed and using broadsheet newspapers in the bedding as insulation.

The rules forbad going inside on weekends unless the weather was rainy, no matter how cold. Food in the ‘dorms’ was a no-no, although the occasional midnight feast was attempted, usually well before midnight and easily sprung. Iron bedsteads were fitted with sagging Kapok mattresses and lumpy pillows.

If caught talking after ‘lights out’ you were made to sit outside the dorm until matron let you back to bed. Some amusing night incidents include ‘prowlers’.

Although the food improved after the war and immediate post war years, some of it was extraordinary for growing girls – e.g. just toast for breakfast; hard boiled egg and a tomato for evening meal; solid sago pudding. Filling up on slabs of stale bread and spread was the go.

Despite the privations the Old Girls write of their strong friendships, their simply getting on with it. Like the book’s title they often write, “but we survived”. You can almost see the smile, the head tipped to the side, the shoulder shrug accompanying this comment.

Their after school pursuits include teaching, nursing, librarian, academia, city mayor, concert pianist, lab. technician, author and manager of an international charitable NGO. Their achievements include Awards of Australia.

Available through bookshops, and on line at Kindle; Amazon; eBay;  and Leschenault Book Depository.