When Bree Hills returned to Canberra to raise her son after a teaching and corporate career, the born and bred Canberran thought it would be good if he went to Canberra Christian School. 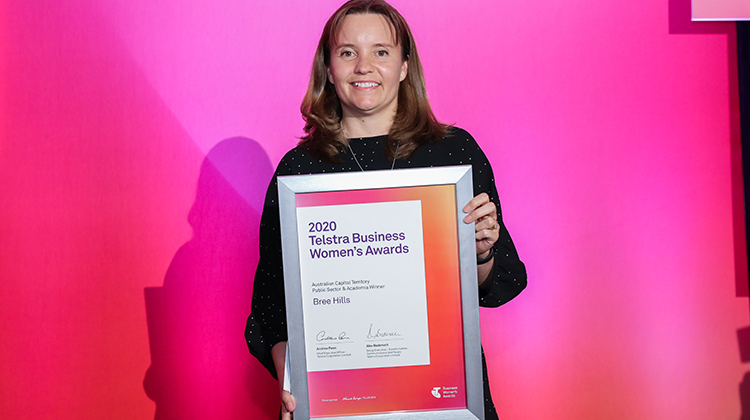 How planning, strategy and energy revived a primary

When Bree Hills returned to Canberra to raise her son after a teaching and corporate career, the born and bred Canberran thought it would be good if he went to Canberra Christian School, the same primary she had attended, after all there would be a sense of coming home and her experience there was remembered fondly.

What struck Hills was how little had changed physically about the school. What was palatable was that the school was also waning, student numbers were low, 26, the staff transient and not cohesive. The place was anonymous and out of mind and sight for the locals.

Canberra is a peripatetic place, it’s a big defence town, there are lots of diplomats and people attached to diplomacy who move with very little warning and the nature of politics means parliamentarians lose their seats and leave at a regular clip along with their staff.

For the school to work it had to have a real sense of purpose, a reason for it being there and it needed to stand out to the highly educated and therefore very discerning population as a place they might want to send their children.

Hills initially signed on as the canteen manager and after two years the leadership body decided to give her a go as the principal. Her background as a teacher and then in learning design and project management for companies like Westpac and Subaru was brought to bear.

The disciplines of planning, mission identification, marketing and execution were applied to the school and change began to happen, CCS now has approximately 180 students enrolled, more than 30 staff employed and a new early learning centre with more than 80 children attending.

One of the first things to go was the old demountable and a raft of renovations were done to bring the place up to scratch.

Teaching at the school and the school’s approach is a little out-of-the-box, and the staff and parents need to be aware and on board for that. It’s also what makes CCS fun for the kids.

“I’ve had parents tell to me that during the holidays their children are asking when they are going back to school, older kids are telling their parents that they love going here and that encourages parents to send their younger children to us,” Hills says.

One of the reasons the kids like going is the fun themes that CSS sets up every year, this time around the school had a Circus theme for the first week of term, everyone, staff and students, dressed up as circus performers and the school and classes were run with circus activities, the circus theme is revisited every Monday through the year, tickets are issued as part of the positive behaviour management plan and there’s a celebration every Friday at assembly highlighting students success. Like we said it’s a little out-of-the-box.

But the planning and strategy that underpinned CCS’ revival was as disciplined and structured as any corporate revamp. When she commenced her new job Hills brought a consultant on board to clarify what the school wanted to do and what its purpose was.

“We defined on a piece of paper what our goals are around our mission and our purpose, it's something we now do every year.”

The processes yielded a three point definition of the school’s intent: Nurture for today, learning for tomorrow, character for eternity.

“As a small private Christian school it had never really marketed itself, it never went into the community and it had a transient staff that was unable to dig in and get it done over a longer period of time,”  Hills says.

“We border a very nice public school and a lot of our conversations for my first year were about what makes us different to Mawson Primary School, our purpose was to be more tailored and provide a holistic education, academics are absolutely important but we also look at the values and the character of the children. Because we are a smaller school we have the flexibility to do that.

“We’re a faith based school and we need to work out what that looked like in our curriculum. What would a child look like when they left us at year six? How would we know that they had been through our school system? It was a very engaging experience because it really made us clarify what we are and why we do this.”

It took the staff a while to work out how to individualise education at the school, for CCS the process involved some data analysis, working with the children, assessing constantly, figuring out where children were up to and where they could locate the opportunities for the children to grow.

“When children are in an environment where they feel comfortable they can learn at their own level and challenge themselves harder than we ever had or could, it was that intrinsic learning motivation that we worked with,” Hills says.

Marketing was another big factor in the school’s turn around, social media was used heavily to promote CCS as a large marketing budget was not available.

“Social media was instrumental for us, we didn't have the budget to advertise on billboards or on the side of a bus so we got creative with Instagram and Facebook and put some energy into the messaging around those platforms.

“I know I couldn’t have done this job if I hadn’t had that experience in management, it gave me so many skills in so many different areas that as a teacher you just don’t have that opportunity to  gain,” Hills says.

The entire staff have been instrumental in building CCS into what it is and Hills says that they very rarely leave now, there are about 34 members of staff and Hills tries to make sure everyone is engaged in the mission and the purpose of why the school is there.

“We’re not your typical school and that's something we ask everyone to be a part of and have a trial with before they join the team, just so they can see what we do and how we do it and if that fits. It’s about defining that intersection between what the purpose and mission of the school is and the wellbeing of the individual and how that can work together.”

Alex Badenoch, Telstra’s Group Executive of Transformation, Communications & People and Telstra Business Women’s Awards Ambassador, said, “These women are setting new benchmarks for what it means to be a successful business person, championing inclusion and innovation as they do so.”