2000 girls from 73 Victorian schools will attend Go Girl, Go For IT on 16 August at Deakin Uni Burwood Campus – the event is hosted by the Victorian ICT for Women network which aims to inspire female students to consider a career in IT. 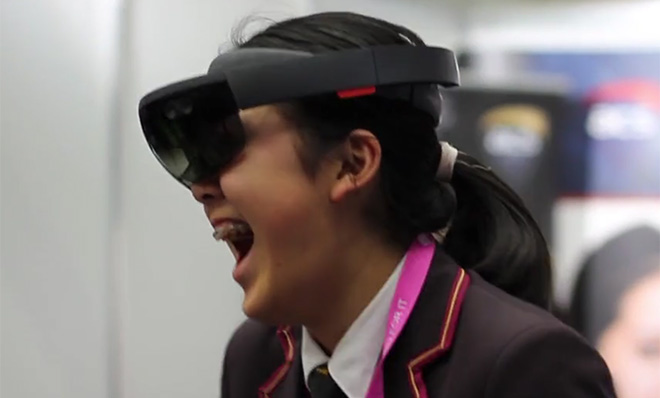 2000 girls from 73 Victorian schools will attend Go Girl, Go For IT on 16 August at Deakin University Burwood Campus – hosted by the Victorian ICT for Women network which aims to inspire female students to consider a career in IT.

Studies show that only 3% of school girls are considering an IT career and only one in four Australian IT graduates are female. And despite a 70% growth of ICT jobs since 1996, women account for only 16% of ICT roles in Australia. With the demand for digital skills on the rise, it's more important than ever to encourage more females into STEM careers. The Go Girls Go For IT event aims to close the gender gap by fostering an interest in tech at an early age.

Fi Slaven, Program Director, Go Girl, Go For IT, believes that through early exposure, more girls will be open to considering a career in IT.

“There’s a growing body of evidence that shows early exposure to technology can help increase a child’s interest and confidence in STEM subjects. It’s one of the reasons we’ve opened up the event to primary school girls this year – we want to plant the seed of possibility at an early age and show them all the amazing possibilities a career tech can open up for them.

“This idea that ‘tech is for boys’ is quite ingrained, and that happens at an early age – in order for us to really start closing the gender gap in IT we need to address this mindset at the primary school level."

She said that the response to this year’s event was unprecedented with 22 of the 73 schools coming from regional areas. Demonstrating their dedication and enthusiasm, girls from some regional schools are making considerable efforts to atten, Mt Beauty Secondary will make a day of it, arriving the night before.

Students attending Go Girl, Go For IT will participate in workshops, get their hands on the coolest gadgets, be exposed to possible careers in tech, and hear from inspiring speakers. This year, students will hear from Go Girl, Go For IT ambassadors, Ally Watson, a developer, computer science graduate and co-founder of Melbourne’s highly acclaimed Code Like a Girl; and Solange Cunin, creator of Cube Rider, a space education company that sends student experiments to the International Space Station.

Ally Watson said, “I’m really looking forward to speaking at the event – it’s always such a pleasure to meet young girls interested in tech and hear about their hopes for the future. I kind of fell into computer science and really did feel quite alone in a sea of men for a while there. So it’s exciting that these kind of events exist now, where we can show young girls that yes, they can have a cool career in IT and there are so many versions of what that might look like. It’s a really special thing to be a part of.”

Go Girl, Go For IT is for girls in Years 5-12 from regional and metropolitan schools around Victoria. The event is now fully booked and registrations are closed.