Girls and boys perform very similarly in STEM – including those at the top of the class says a new study led by UNSW Sydney PhD student Rose O’Dea, exploring patterns in academic grades of 1.6 million students. 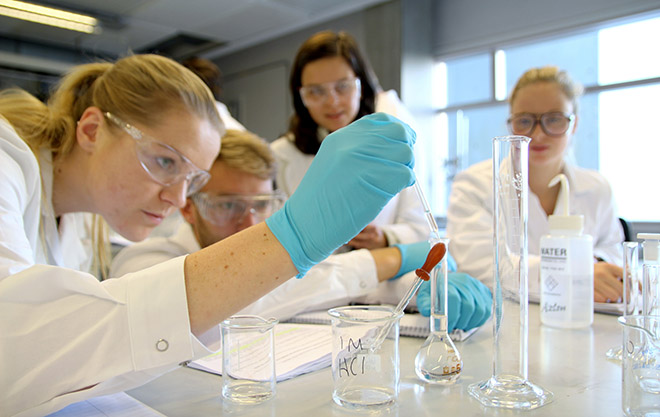 Girls and boys perform very similarly in STEM – including those at the top of the class – says a new study led by UNSW Sydney PhD student Rose O’Dea, exploring patterns in academic grades of 1.6 million students.

The analysis, published  in Nature Communications, casts doubt on the view that there are fewer women in STEM-related jobs because they aren’t as capable in those subjects as men – a notion that has been supported by the concept that gender differences in variability lead to gender gaps in associated fields.

In their meta-analysis, the UNSW researchers compared gender differences in variation of academic grades from over 1.6 million students aged six through to university from all over the world, across 268 different schools and classrooms.

“We combined data from hundreds of studies, and used a method developed by my supervisor to comprehensively test for greater male variability in academic performance,” lead author Rose O’Dea says.

A classroom with more variable grades indicates a bigger gap between high and low performing students, and greater male variability could result in boys outnumbering girls at the top and bottom of the class.

“We already knew that girls routinely outperform boys at school, and we also expected female grades to be less variable than those of males, so that wasn’t surprising. In fact, our study suggests that these two factors haven’t changed in 80 years,” O’Dea says.

“However, what was most surprising was that both of these gender differences were far larger in non-STEM subjects, like English. In STEM subjects girls and boys received surprisingly similar grades, in both average and variability.”

In other words, the researchers demonstrated that academic STEM achievements of boys and girls are very similar – in fact, the analysis suggests that the top 10% of a class contained equal numbers of girls and boys.

"This powerful, evidence-based research has revealed that girls and boys are equally good at STEM subjects. Differential participation in STEM training and STEM careers must therefore be explained by other factors."