The developer’s games seek to teach complex maths concepts via a beautiful interface, all underpinned by educational research. 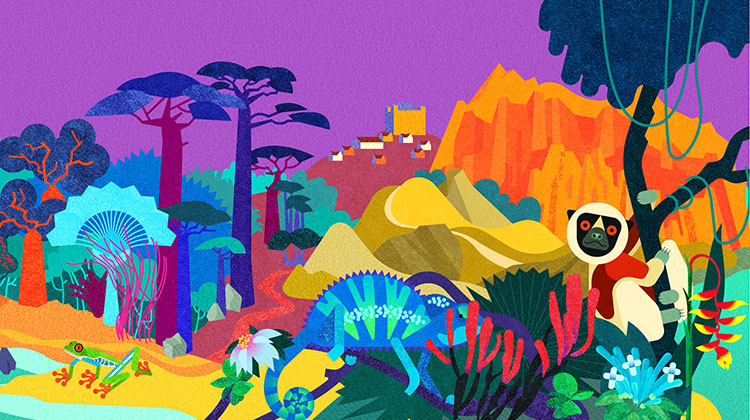 Funexpected has released its new game Tenrec which aims to help children, aged between 3-7 years old, to understand the concept of ratio through physical experiences, such as hand movements, leading to an understanding of fractions and percentages.

The developer’s games seek to teach complex maths concepts via a beautiful interface, all underpinned by educational research.

Created in collaboration with Prof Dor Abrahamson, of the Graduate School of Education, UC Berkeley, Tenrec is based on Abrahamson’s Kinemathics project of the Embodied Design Research Laboratory.

Abrahamson said, “This educational application draws on cutting-edge theory of learning from the cognitive sciences to produce an engaging activity leading to deep learning of difficult mathematical concepts.

“My laboratory pursued a 10-year project to demonstrate how learning to move the hands in new ways creates the psychological basis of mathematical thinking about quantitative relations. The app has elegantly implemented our findings, embedding our design into a playful context and adding attractive animated features.

“Children as young as 2 years old have made first steps in using the app successfully, and older children are able to express their solutions in mathematical language. The app brings theory to practice by releasing in digital form the educational potential of a century of empirical work on cognitive developmental psychology. The interface, mechanics, and art of this medium create a naturalistic experience of learning through interaction for children. This app is instructive, motivating, and enjoyable.”

The game is available directly through the Funexpected Maths app which has users in more than 70 countries and is localised in 14 languages.

Funexpected was founded by two mums who sought to improve maths learning in pre-school and younger children.

“Several studies have demonstrated that the use of multimedia learning can help overcome anxiety some children may experience around mathematics.  Our goal is to combine the ideas and experiences of specialists from different countries into one application, and make it accessible for children. Working alongside Professor Dor Abrahamson has been an honour. His ideas fascinate us, and releasing Tenrec with him is a huge step towards achieving our goal at Funexpected,” Natalia Pereldik, Co-Founder of Funexpected said.