First impressions: the power of opening lines in children’s novels

The feeling we get when reading an opening line - or hearing someone’s voice for the first time - is often a reliable one.
Peter Carnavas, Teacher-Librarian St Andrew’s Anglican College and Author 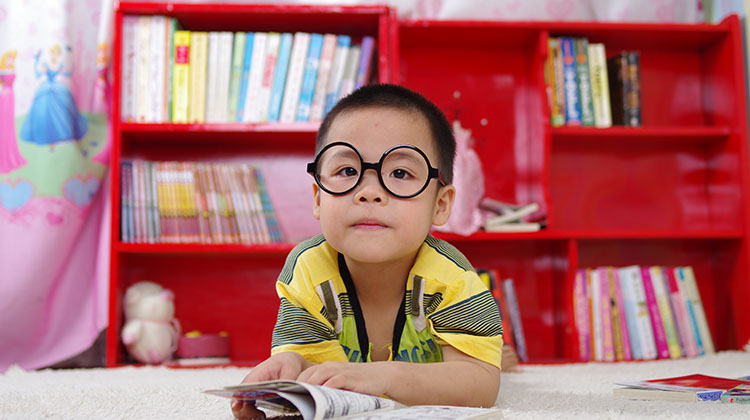 Opening lines are important. Some of them are short, like that one, and some are much longer. They carry as much weight as any line in a book because an opening line is our first real impression of a story’s tone. Here’s an analogy: imagine you meet someone for the first time. The front cover is their physical appearance, and we know not to judge by that. The blurb is what other people have said about them, and this can’t always be trusted either. But the moment they speak to you, the second their voice springs into the air and lands in your ears – that’s the opening line. The voice of the story. Perhaps we shouldn’t judge an entire book (or human) on that alone, but the feeling we get when reading an opening line - or hearing someone’s voice for the first time - is often a reliable one. I’ve judged many books on how a first sentence sounds.

Authors spend a lot of time getting the first line right. No other sentence receives more manipulation, deconstruction or rebuilding. The choice of words, the rhythm: it all combines into a kind of tendril, snake-like, reaching to the reader and drawing them in. At least, that’s what the best ones do. Some fall flat, or try to say too much too quickly, adding clause after clause until we’re lost in a maze of information that pushes us away. Of course, it’s all subjective. Anything to do with books is subjective. But that’s what makes it fun. My favourite opening line might bore the pants off everyone else.

Despite this, I will charge ahead and explore some opening lines that, for one reason or another, have hooked me. The lines are exclusively from children’s novels, for two reasons: I am a children’s author, and therefore spend much time trying to craft such sentences; and I am a teacher-librarian, searching for the ripest, juiciest opening lines to tempt children into reading a whole book.

Let’s start with an example from author Tamsin Janu:

Winston’s life was about to turn upside down.

So begins Winston and the Wondrous Wooba Gymnastics Club, the cheery story of Winston, step-sister-to-be Macy, and their attempts to start a gymnastics club in a tiny country town. It’s a short sentence - only eight words - and it introduces us to the main character and hints at his personality. Things happen to Winston; he doesn’t always make them happen (this changes throughout the book, especially with the influence of Macy). The sentence is a perfect set-up and we can’t help but read on. The cleverest element is the word choice. His life isn’t about to ‘change’ - it’s about to ‘turn upside down’, a lovely reference to the gymnastics theme that runs through the story.

Next, an opening line from Nova Weetman:

This year my parents finally let the Santa tradition die.

It’s a simple sentence of just ten words, kicking off Weetman’s third book about Clem Timmins, The Edge of Thirteen. Written in first person, the line invites us into a Year 8 state of mind, as Clem grapples with the awkwardness of her age. It’s time to grow up, sort of, and that means saying goodbye to childhood traditions. Or, as Clem describes, letting them ‘die’ (a strong one-syllable word to snap the sentence shut). She tells us her parents have ‘finally’ stopped doing the Santa thing, as if it’s overdue. But a few sentences later, she admits it was still fun playing along with the facade every Christmas. Straightaway we sense Clem’s turmoil as she wrestles with who she’s supposed to be.

How about this one from Karen Foxlee:

Our mother had a dark heart feeling.

That’s the first line from Lenny’s Book of Everything, Foxlee’s award-winning story about Lenny and her younger brother Davey, who won’t stop growing. It’s a seven-word sentence that stops you in your tracks but compels you to read on.  ‘Dark heart feeling’ is such an evocative phrase, filled with the kind of poetic tension that courses through the narrative. The line tells us something is wrong and we hold this worry tight in our chests as the chapters roll on.  It’s the kind of opening sentence that makes authors squirm with envy.

Here’s a humdinger from Jessica Townsend:

The journalists arrived before the coffin did.

This is our first taste of the Nevermoor series, which begins with The Trials of Morrigan Crow. Again, only seven words, but they form a sentence of such intrigue that we can’t stop little questions firing in our minds: Who has died? Or, who is going to die? Why are there journalists and why did they arrive first? Who’s telling this story anyway? There’s nothing like a loaded opening line to keep a child’s eyeballs glued to the page.

I am going to the Olympics.

This opener, from Penny Tangey’s funny and moving As Fast As I Can, may seem too simple and direct at first: the protagonist, Vivian, wants to compete at the Games. But that’s not all. The joke is, as we read on, Vivian hasn’t found a sport she’s good at yet. That first line then shines brighter, an example of Vivian’s unique voice: determined, no-nonsense and often hilarious.

Sima watches the man carefully as he snips fence wires one by one.

The use of present tense brings an immediacy to the action, and we are instantly beside Sima, on edge. For an adreline rush of a book, this is a surprisingly long opening sentence: 13 words. But it works in this scene, as young Sima holds her breath, waiting for the wirecutters to deliver her freedom from a detention centre.

Sailing away from Australia for a moment, the first sentence of Sarah Pennypacker’s Pax warrants a mention:

The fox felt the car slow before the boy did, as he felt everything first.

Pennypacker heightens our senses and puts us inside the mind of a fox, raised by a boy, and about to be abandoned in the woods. The whole first chapter is a cracker.

Finally, we have to travel back through the decades to find one of my all-time favourite opening lines from a children’s novel. Published in 1982, written by Roald Dahl:

Three words is all it takes to lure us into The BFG.

Please join me at the Capacity Building School Libraries Conference being held at the National Education Summit Brisbane on Friday 4 and Saturday 5 June 2021 where I will talk about this subject in more detail.