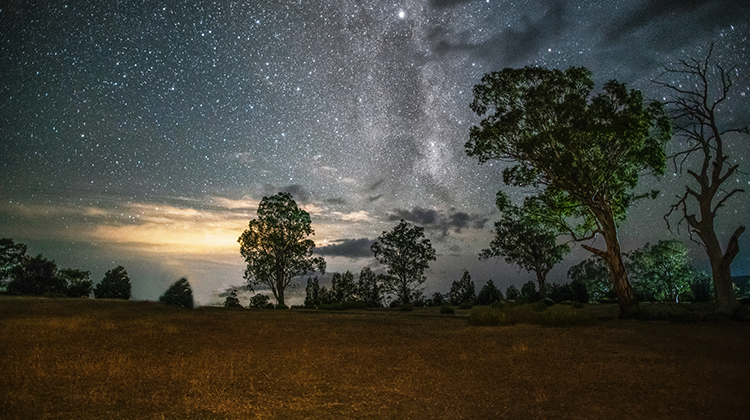 While present, the digital divide is not as acute the metro areas of the country as it is in remote communities.

Lack of online access means learners in remote communities are unable to fully participate in education opportunities and this lack of access is creating a divide between the digital haves and the digital have nots.

Building infrastructure alone won’t solve the problem, a final solution will involve strategies that are informed by the involvement of remote communities.

In 2015, Telstra and the Northern Territory Government signed an agreement to expand telecommunications infrastructure across the Northern Territory and to serve more remote communities with mobile and fixed broadband services. The following year, First Nations Media Association (FNMA), a peak body advocating for the digital needs of people in remote communities, developed the inDigiMOB program.

InDigiMOB Project Manager Ben Smede says, "At the heart of inDigiMOB is the principle that communities should decide how technologies should be best used and applied to their context. InDigiMOB works with communities to build digital skills fit for community purpose and this has been largely achieved through Digital Access Worker and Digital Mentor relationships."

Research conducted in the Northern Territory by Associate Professor John Guenther of the Batchelor Institute of Indigenous Tertiary Education and Flinders University, Metta Young of University of South Australia and Ben Smede, documented the processes by which inclusion can be enhanced.

They found no single program can remove both the social and digital inequalities that exist in an instant, but inDigiMOB provides a model – using partnerships and employment strategies – to ensure that communities can build robust digital foundations, which support digital inclusion.

Researcher Metta Young says, "Despite the strategies and co-investment partnerships, there are still limitations associated with inadequate digital infrastructures for many living in rural and remote communities where people have less choice, less secure, and less reliable internet access as well as less access to devices other than mobile phones."

According to Professor Guenther, "The reasons for exclusion are in part related to the lack of digital infrastructures in some locations. However, issues of affordability, digital literacies, and systemic priorities, which favour white, financially and educationally well-off people, create inequalities that serve to discriminate against First Nations people living in remote communities."