Fear: Giving voice to the silent victims of violence in schools

This article is focussed on the unfortunate childhood witnesses of violence who are not physically injured, but nonetheless experience fear for their own safety.
Dr Neil MacNeill and Ray Boyd, principals 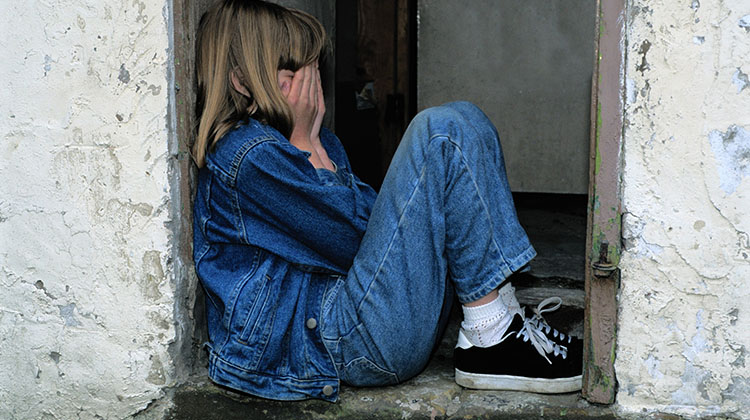 Fear is a primordial response that is quickly acquired in childhood and is a key factor in an individual’s survival. The acquisition of fear, which appears to be part of a normal developmental sequence, has fascinated psychologists, parents, and teachers alike. However, in contrast, fearlessness is of real concern as it can be an indicator of psychosis. Baskin-Sommers, Curtin and Newman (2011, p. 226) observed: “According to the response modulation theory, psychopathic individuals appear insensitive to fear-related stimuli because they fail to reallocate attention to secondary affective information while engaged in goal directed behavior" (MacCoon, Wallace, & Newman, 2004; Patterson & Newman, 1993). In contrast, anxiety, in everyday language usage, is a lower-level, more generalised form of fear. A student may say, "I am anxious about some of the questions in this exam, but fearful of the familial consequences should I fail."

In society, the markers that separate the fear of physical discipline from child abuse are constantly changing, particularly with the gentrification of values and cultural mores in the Western culture. Freeman and Saunders, (2014) posed the question:

'Can we conquer child abuse if we don’t first outlaw physical punishment of children? It is argued that children’s low status in society and children’s less than optimal development are inextricably linked to corporal punishment in childhood, as is the physical abuse of children that all too frequently begins as disciplinary violence, often euphemistically described as “smacking”, but tragically escalates, resulting in injuries and even death' (p. 681).

Their paper ends optimistically with a foreseeing of an end to corporal punishment of children in Asia and elsewhere.

Living in the world of childhood anxiety
It was widely believed that newborn children come into this world as a tabula rasa (clean slate), but there is a developing field of study (Epigenetics) that claims trauma and anxiety can be transmitted genetically across generations and they use examples of famine and the Holocaust as examples. Additionally, modern research identifies that placental imprinting recognises that a baby makes some sense of its foetal experiences based on the mother's diurnal rhythms.

Anxiety can be seen in neonatal children soon after birth, especially in the case of births that may have involved mothers with drug addictions. In a broader sense, the Diagnostic and Statistical Manual of Mental Disorders (American Psychiatric Association, DSM 5, 2013) states that for children "Generalized anxiety disorder (GAD) is an anxiety disorder characterized by excessive anxiety and worry that is not focused on a single trigger (e.g., fear of social situations, fear of having a panic attack, or fear of a specific event/situation)" (Ringeisen, Casanueva & Stambaugh, 2016, p. 34).

Kindergarten and pre-primary school staff get insights into the variety of childhood anxieties every time a new group of children enters their classrooms. Separation anxiety, school refusal and occasionally targeted fear are all expressed in those doorways. These anxieties rarely get the deep attention they deserve, and there is often a belief that the behaviour can be extinguished with careful management while the underlying causation is ignored or left to the parents if it becomes problematic.

Trauma
Fear and anxiety are often the results of trauma and they are solidly embedded in the socio-cultural contexts of every school. It is important to recognise that around half of the students in schools have experienced what Felitti et al. (1998) had called adverse childhood experiences (ACEs). The Kaiser ACE survey then examined ten items that fall within the three trauma categories of abuse, neglect, and household dysfunction (Table 1).

It is interesting that in the 2013 revision of the American Psychiatric Association's Diagnosis and Statistical Manual of Mental Disorders (DSM-5) that PTSD for children aged less than 6 years. Ringeisen, Casanueva, and Stambaugh (2016, p. 20) observed:

'Separate criteria have been added for children aged 6 years or younger. These criteria have been designed to be more developmentally appropriate for young children by including caregiver-child–related losses as a main source of trauma and focus on behaviorally expressed PTSD symptoms. According to the DSM-5, PTSD can develop at any age after 1 year of age.'

In Ferraro's original Risk Assessment Model (1995) the relationships between the factors influencing fear and victimisation are linked (see Figure 1). 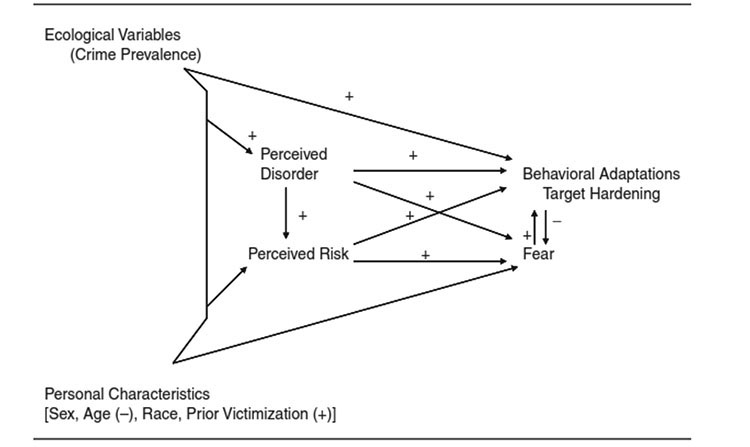 In the early childhood context young students are soon socialised into recognising direct threats ("X hits me, and I don't want to go to school today.") and the perceived threats, which mean that schools and the school community need to act to alleviate the problem of student safety. Systemic support structures for schools and classrooms with disruptive students tend to direct adults’ energies on the aggressor and the direct victim, while overlooking the rest of the students, sitting in trepidation, who witnessed the violence. There is a dreadful poverty of research identifying the effects of fear on the learning, well-being and social confidence of the silent witnesses in classroom violence among very young children. However, the research is very clear on the influence of the fright, flight or fight response on learning. And in many instances silent victims sit in our classrooms, in this response state, every day while they wait to see if they will become the today’s victim while another learning opportunity passes them by.

Authoritative Schools
Interestingly, there is now a growing body of research that suggests students feel safer in schools that may be perceived as authoritative (Abad et al. 2020; Fisher et al, 2018). Abad et al. (2020) defined what they call an authoritative school climate:

'Authoritative school climate is defined as having high levels of structure and support. Gregory and Cornell (2009) refer to school structure as an approach to discipline that is applied in a consistent manner, but is not severe in that it allows school authority figures to be flexible based on individual circumstances. School support refers to ‘efforts to establish positive student-teacher relationships, help students with nonacademic problems, and offer programmatic resources for students’ (p. 109). Together, structure refers to discipline that is strict, fair, and consistent, while  support is evident when students have adults at school they can trust, are willing to seek help from people at school, and feel like their voices are heard (Fisher et al. 2018). Under this theoretical approach, a number of studies have shown a positive effect of an authoritative school climate on academic and safety outcomes' (p. 4).

This statement sits neatly with teachers' beliefs that students with ADHD and autism traits react badly to lack of structure, inconsistency and noise in classrooms, but the term authoritative may cause some alarmist interpretative problems. We are not talking about authoritarianism!

Extinguishing students' fear
It is informative to speak with students and their parents about their school-based childhood fears. Every informant can still, years later, identify actions and people who caused them fear and anxiety. That fear is never extinguished, but it can be managed to a degree. The modelling of Abad et al. (2020, p.6) gives direction on how to lessen fear and the sense of victimisation, and that is based on a school developing a culture that does not allow disorder, and actively addresses bullying and victimisation. 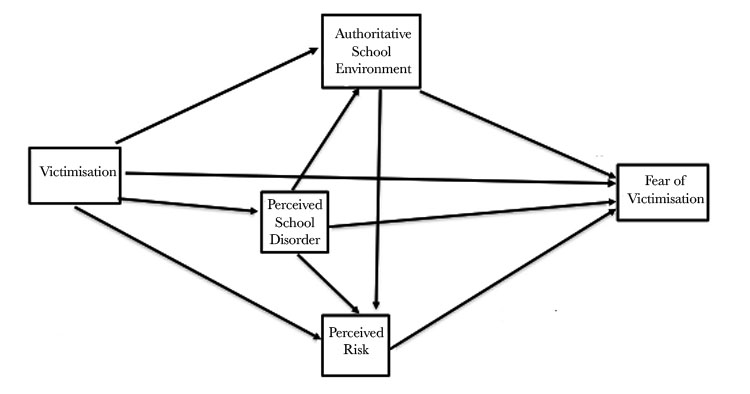 In this paper, that authors draw attention to the silent victims of bulling and violent experiences that take place in school playgrounds and classrooms. It raises awareness of the plight of the silent voices that go unheard and are often ignored and runs on parallel to the work we have previously explored on the growth of mental health problems in schools (MacNeill, Silcox & Boyd, 2019). Schools can address the cultural and environmental issues but we need to be able to help address the issues that cut invisible scars of trauma for our students.