The Federal Government is considering introducing mandatory phonics assessment and numeracy checks for Year 1 students, with an expert panel to investigate options and report back mid-2017. 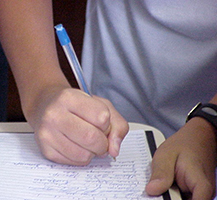 The Federal Government has announced an expert panel will develop a phonics assessment and numeracy check for year 1 students.

Minister for Education and Training Simon Birmingham said the short assessments will provide early identification of those students who are behind so they can be targeted with interventions before the achievement gap grows.

Following last year's international reports that showed Australia’s education performance at best plateauing and at worst declining and the gap between our brightest and struggling students widening, this reform is proposed to improve Australia's.

“This panel will also consider existing examples from Australia and overseas, such as the Year 1 phonics check used in England that involves children verbally identifying letters and sounds in both real words and made up words to show a child’s understanding of how language works," said Birmingham.

“In England, the improvement in the first five years of students taking part in the Year 1 Phonics Screening Check has been significant and includes the number of children meeting the expected standard from just over half in the first year to more than eight in 10 this year. The results are even more promising in the year following a student completing the initial assessment.

“It is important to identify if a child is not learning to read effectively, because then you can intervene and you can fix that problem, while evidence indicates that once a child reaches the age of eight there are enormous challenges to turning that around and the learning gap only blows out further.”

The panel that would report back to Education Council in mid-2017 would consist of:

The plan has been criticised by the Labor Party and the Australian Education Union, saying more funding is needed not tests.