Eddie Woo does the Opera House 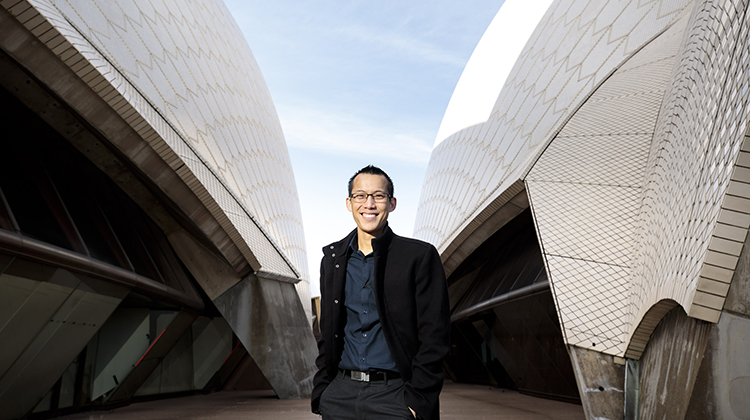 The four-part series uses the construction of the Opera House and design solutions of its architect Jørn Utzon to teach mathematical concepts including geometry, acoustics and tessellation.

The episodes, approximately five minutes in length, are accompanied by worksheets for students in years 5–10 and explain the science behind the Opera House’s construction through an educational lens. Designed to deepen students’ understanding of how art and creativity intersect with all disciplines of STEM, each episode also features guests who have consulted on the design of the building and even worked directly with Utzon himself.

Eddie Woo says, “The Sydney Opera House is a modern example of how profound mathematical concepts lie beneath the most aesthetic experiences we have in the real world. I’m delighted to be working with the Opera House to help the next generation of our community to see and appreciate this building with fresh eyes, as well as find surprising ways to be creative with maths.”

With over 1 million subscribers on his YouTube channel, Eddie Woo has revolutionised the way that maths can be taught with his accessible and engaging approach to teaching. Currently Leader for Mathematics Growth in the NSW Department of Education, Woo collaborates with other educators to engage and inspire students across the state. He has also published a number of books on maths and science and appears on ABC ME as the host of Teenage Boss.

The first episode is available now, with new episodes to be released each Wednesday.